The NeverEnding Story is undoubtedly one of the most beloved children's films of the '80s. The 1984 adaptation of Michael Ende's book quickly became a cult classic, and was one of several darker fantasy films for kids released around the same time, along with Labyrinth and The Dark Crystal. Many of us also remember it for the Swamp of Sadness scene (RIP Artax), which left us forever traumatized and basically ruined our childhoods. It's time to go back to Fantasia with some fantastical facts that you probably didn't know.

The book's author HATED the movie

Saying that Michael Ende, the author of the original book, was pretty unhappy with the adaptation is an understatement. He felt that the movie wasn't faithful enough to his book. It got so bad that he urged the producers to either scrap the film entirely or to at least change the name of it. When they refused, he filed a lawsuit to try and stop production. You can probably guess how that worked out (spoiler: it didn't). 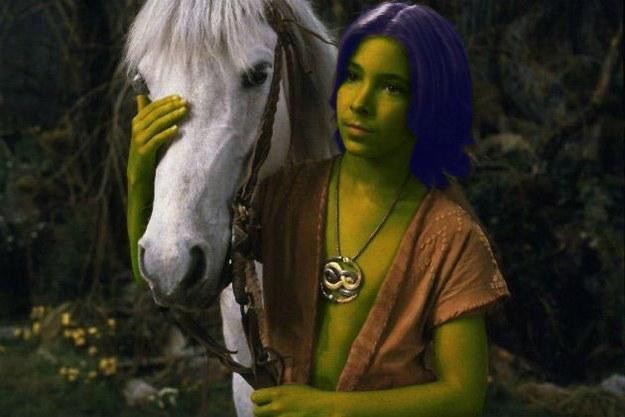 In the original book, Atreyu is supposed to have green skin and blue hair. They did try and give Noah Hathaway green skin for the movie, but just weren't able to make it work, as he apparently "looked like a fungi."

There are some unexpected cameos 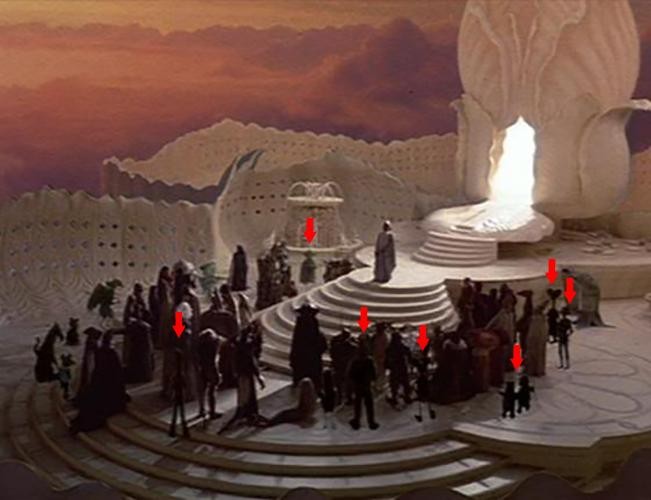 If you look very closely at the crowd during the first Ivory Tower scene, you'll see some familiar faces...well, silhouettes. Within the shot you can see Yoda, Gumby, Chewbacca, Mickey Mouse, some ewoks, C-3PO, and E.T.

The movie (unsurprisingly) cost A LOT

Nowadays it's not unusual for a major production to cost over $100 million, but that was definitely not the case back in the early 80s when they were making The NeverEnding Story. By today's standards, its roughly 27 million dollar budget may seem downright reasonable, but at the time it was the most expensive film made outside of the U.S. and Russia. It was also the most expensive German film ever made until Cloud Atlas came along.

The Swamp of Sadness was a nightmare to shoot

The scene that was the hardest for us to sit through was also the hardest for them to film. It took them TWO MONTHS to shoot the scene, largely because of how hard it was to train the horse to "drown." However, you'll be happy to know that despite rumors to the contrary, the horse who played Artax survived unscathed (unlike our childhoods). Though that almost wasn't the case for the kid who played Atreyu

Despite its name, The NeverEnding Story isn't actually never ending, otherwise we'd still be watching it instead of playing Pokémon Go. The book, however, tells a much longer story. The movie adaptation only covers about the first half of the book.

While we're now used to movies using CGI for just about everything, that wasn't exactly a viable option in 1984. The model for everyone's favorite luckdragon obviously had to be large, but just how large it was is still surprising. The head alone weighed over 200 lbs. In total it was about 43 feet long, had over 6000 scales, and included parts of a plane. It was so absurdly large, that it required about 25 people to move it. If you go to the Bavaria Filmstadt in Munich, you can actually ride Falcor yourself.

It's a miracle that Atreyu survived the movie

Noah Hathaway, the young actor who played Atreyu, basically went through hell while filming The NeverEnding Story. The start of production got delayed because while training for the movie, his horse threw him off and trampled him, leaving him with some pretty severe injuries. Then, while filming the Swamp of Sadness scene, his leg got caught on the elevator they were using to lower the horse into the swamp, and Hathaway was pulled underwater. He was unconscious by the time they brought him back up. AND THEN (we're not done yet) he almost lost an eye during the G'mork fight scene, when one of the claws poked him in the face. That particular scene was so dangerous, they shot it in one take because they were worried he would be seriously injured (were they not worried the other times?!)

And now he's a tattoo artist 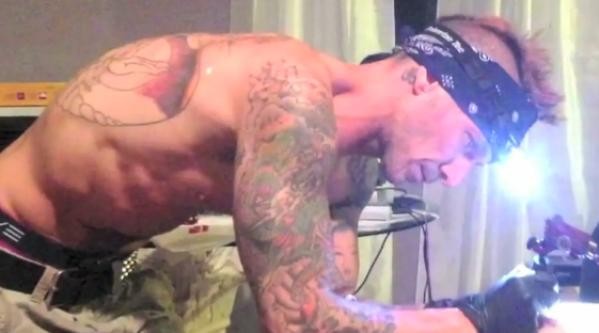 Having survived his several brushes with death, Noah Hathaway grew up to be a martial arts instructor and tattoo artist in L.A. But before you even ask, no he will not do an Auryn tattoo for you.

By Emma C 10 days ago
In 2023, you'll be able to play casino slot games for real money at many online casinos. There are a variety of different kinds of slots, from classic 3-reel slots to 5-reel video slots with bonus rounds. You can also find progressive jackpot slots, which give you the chance to win big prizes. With so many choices, it's easy to find a game that you'll enjoy playing. But with so many options available, how do you know which game is right for you? Here's a quick guide to help you choose the right casino slot game for your next gambling
continue reading

By Emma C 3 months ago
The '80s were a magical time for rock music. It was a decade of big hair, big hooks, and big rockers.Some of the biggest hits of the '80s came from rock bands like Journey, Bon Jovi, and Def Leppard. These bands defined an era with their anthemic songs about love, loss, and redemption.Here are some of the biggest rock songs of the '80s to check your musical knowledge:1. "Don't Stop Believin'" by JourneyReleased in 1981, "Don't Stop Believin'" is one of the most iconic rock songs of the '80s. It's a power ballad about following your dreams,
continue reading