Thank you for being a friend.

It's wasn't Batman or Superman that were stealing the stage this year at New York Comic Con, it was everyone's favorite over-50 foursome. The toy company Funko gave attendees at the New York Comic Con the first crack at owning the action figures, you never knew you wanted. 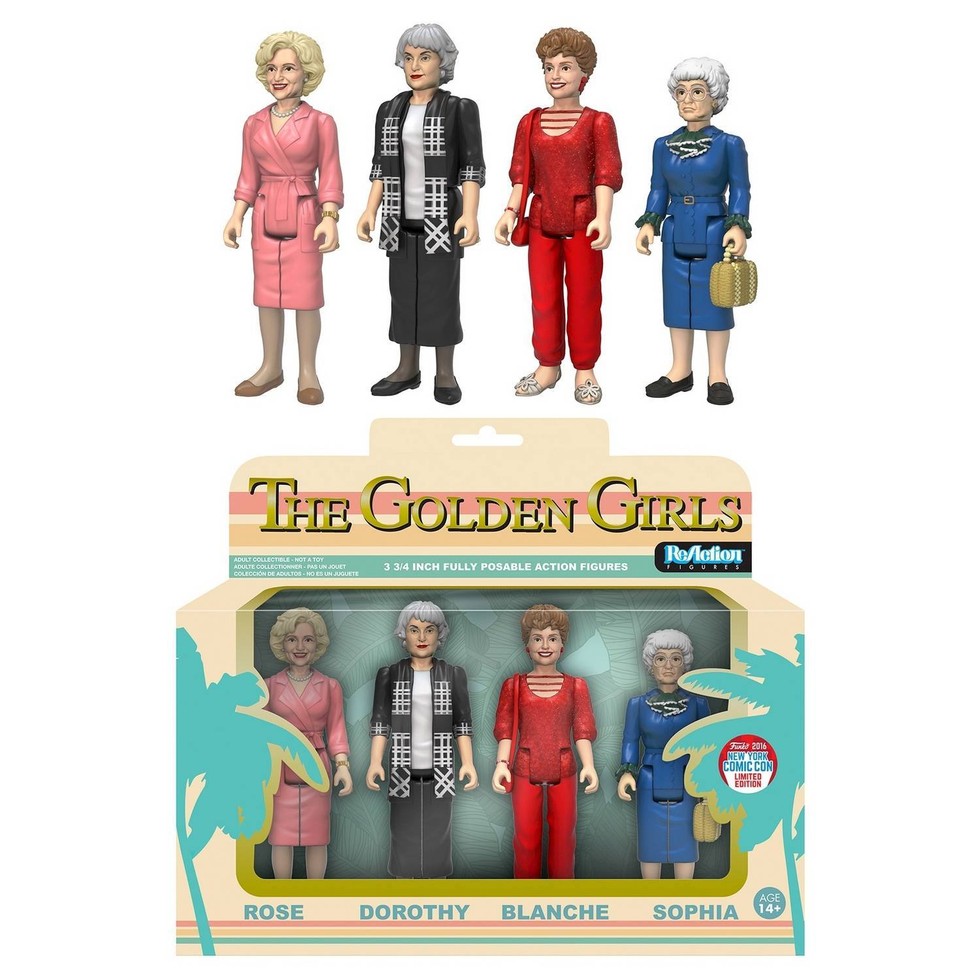 Rose, Dorothy, Blanche and Sophia can be part of you toy collection now, with these Funko ReAction mini-figure set. Whether you want to set up the characters around the kitchen table or have them relaxing in the living room, you can re-enact your favorite scenes from the show.

If you didn't make it to New York Comic Con, they were also exclusive to Target, who is currently sold out. These sets, which originally sold for $25 are now popping up on eBay starting at around $150 though.

Funko sells other Golden Girls dolls but this sought after set was a limited edition run.

Golden Girls have definitely reached cult status over the years, with the last episode airing over two decades ago.

By Tanya 2 years ago
When you think back to your childhood, what toy do you remember spending most of your time with? There's probably one that stands out, whether it was a particular stuffed animal, a special Barbie, or even a video game, that you remember going absolutely bananas over. Have you ever wondered if you were the only one to be completely obsessed with it, or if kids from other states also loved the same thing? Well, AT&T has decided to dig into the world of 90s nostalgia, and they hope to answer the question we've all had, "What is the most
continue reading

By Tanya 2 years ago
Chances are that when you were growing up there were a few dolls that you always wanted. There were some Barbie dolls that were absolutely coveted, there were of course the iconic Cabbage Patch Dolls that everyone needed, but there was one brand that seemed to take the cake when it came to the most desirable doll on the market. American Girl dolls were probably the fanciest things our tiny brains could dream of owning. Sure, they cost a pretty penny when they first came out, but if you could convince your parents that they were worth it, you were
continue reading