Teddy Ruxspin has some new eyes and they are a little bit creepy. The classic bear from the 80s and 90s was a "technological marvel" due to it being able to move its mouth and eyes while it played a cassette tape. Now the next generation can learn what it's like to have a bear watching you, except this time his eyes can change color and shapes. But this time he has a built in 4GB memory so you won't need to worry about finding those old cassettes. 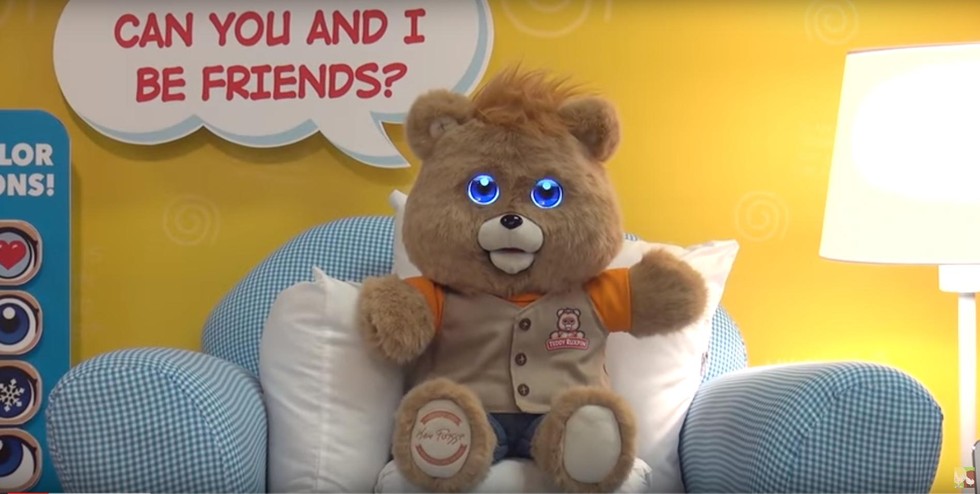 This is apparently just a prototype, the real one won't be available until August 2017. But what we know right now is that he is apparently the "First Animatronic Smart Toy" according to the sign in his booth.

He also has different eye shapes and blinks and looks around. I wonder if it will glow at night time and scare kids. 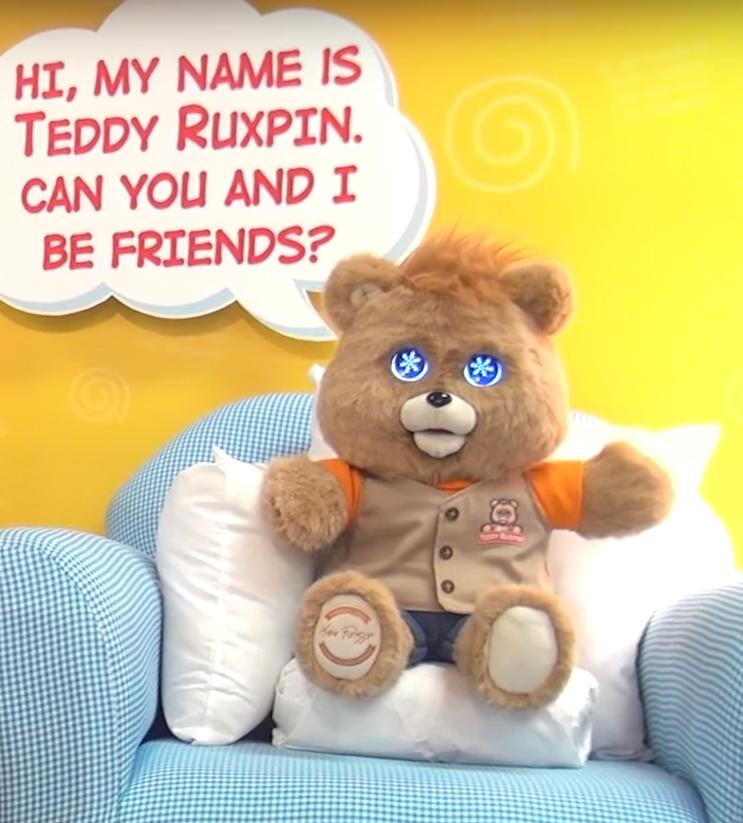 Teddy Ruxspin's makeover includes the ability to switch stories by touching his hand and a sing-along feature by touching his feet. He can hold about 40 stories at once. He comes loaded with 10 stories, 3 of which are unlocked and the rest you unlock on your smart device. Each story is about 20 minutes long and helps kids learn to read with their easy to use read-along app.

Check out what the new Teddy Ruxspin has to offer in this video and see what you think: Cute or Creepy?

To be fair, the original was kind of creepy anyways. Look at the original commercial below he essentially hypnotizes those kids.

Will you be picking up the new Teddy Ruxspin when it comes out?