Rod Stewart was made a Knights Batchelor by Britain's William, the Duke of Cambridge today during an Investiture ceremony at Buckingham Palace in London, England.

Duke of Cambridge chatted with Stewart about music and congratulated him on his long career. "I just wish my mum and dad had been here to see it," Stewart told the BBC.

Sir Roderick, as he is now officially named, is of Scottish and English descent. He wore tartan trousers to event in honor of his heritage. His father, Robert Stewart was a Scottish master builder and his mother, Elsie Gilbart was English, from North London.

"We talked about music and he said: 'It's great that you're still going', and I said: 'I have to - I've got eight children!' 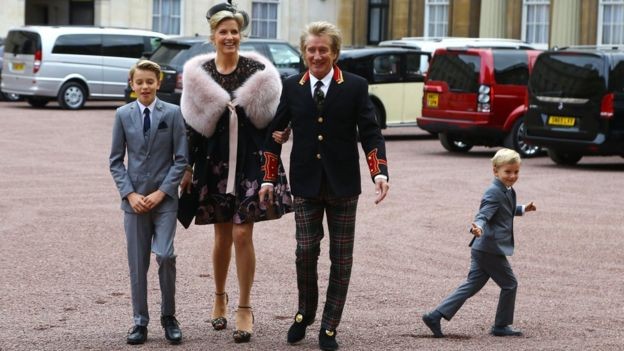 Sir Roderick is one of the best-selling music artists of all time. He has sold over 100 million records worldwide with six consecutive number one albums in the UK, 62 UK hit singles and 16 top ten singles in the US.

He was knighted for his services to music and charity. Currently, he contributes to 18 charities including Breast Cancer Care, Red Cross, and The Elton John AIDS Foundation. 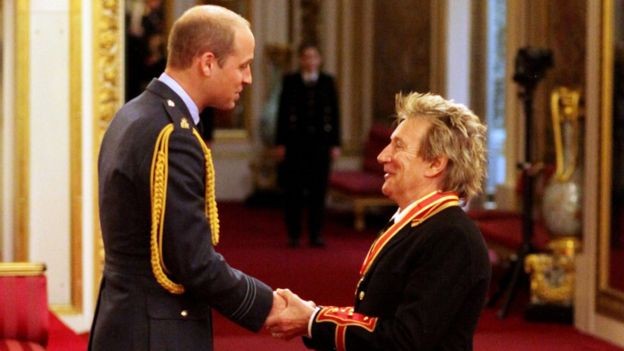 Are you a fan? What's your favorite Rod Stewart song? Let us know in the comments below! Don't forget to Like and Share!

By Tanya 3 years ago
Hootie and the Blowfish are one of those bands that helped define the 90s. You couldn't go more than two hours without hearing one of their songs after they hit it big.But as is the case with most bands, Hootie and the Blowfish decided to take a break. In 2008, their lead singer Darius Rucker went solo, and became successful on his own. The only time the band has reunited was for Jason Aldean's High Noon Neon Tour when he was in Atlanta, but now they've decided to return in a major way. Kick your Monday off with us
continue reading

Brace Yourself: The Backstreet Boys Released A New Song And Are Going On A World Tour

By Tanya 3 years ago
The Backstreet Boys have been one of the biggest bands in the country, well, the world for several decades now. After getting their start in the early 90s, they've managed to be one of the very few bands that has stuck together and continued performing. They didn't need a big reunion, because they didn't break up. Well, let's just pretend like that whole Kevin fiasco didn't happen. But anyways, they've been putting out music and performing together for 25 years now, and they have no intention of stopping. To be fair, they did warn of this two decades ago. They
continue reading