Normally, I would stop at Adam West, because just the mere mention of his name is pretty much all the nostalgia anyone needs for classic Batman, but it gets better.

Later in the evening, sources for We Got This Covered were handed a survey to gauge their response for future animated movie projects. One of those mentioned was a crossover project.

The characters of note? Only the Heroes in a Half Shell! Teenage Mutant Ninja Turtles could return to the big screen with Batman in the near future.

MovieWeb suggests that the film would likely be based on their recent comic book crossover. It hasn't been confirmed yet if this is actually happening, but if fans create enough noise, maybe our dreams will come true! 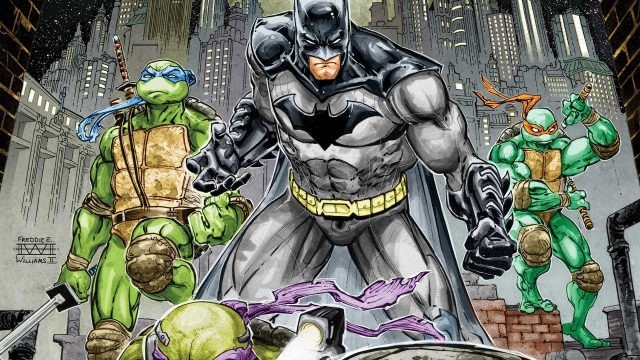 Everything You Need to Know about Online Casinos

By Emma C 23 days ago
Whether you yourself are someone who is either currently registered with one or more online casinos or else are considering doing so. Or perhaps a close friend, family member or partner enjoys gambling online, then you have come to the right place.When used properly, when responsible gambling tools are in place and when strict budgets are set and subsequently adhered to, online casinos are much better than visiting a real-life casino in many ways. With this in mind, continue reading to learn everything you need to know about online casinos. 1. Gambling is All About LuckOne of the most
continue reading

By Emma C 2 months ago
You will often hear that the games today are so much better than those of previous generations and in some respects, that is true. The graphics are better, the sound is also better and there is nothing from the 90s that can compare to the speed of today’s gaming systems and PCs. No, you won’t find games you can play in VR with the right headset, however, that’s about as far as it goes if you are looking for some good old-fashioned fun. Let’s look at some of the reasons why 90s games are so much
continue reading

By Emma C 2 months ago
Even for those of us that remember the 90s, it is hard to recall what we did before the days of mobile devices and constant access to the internet. In 1984, less than 10% of households had a computer or access to the internet. Today, there are about 900,000 domains registered per week. So in about 30 years, we went from barely any computers in homes to almost one million new websites registered each week. Here are some more ways the internet evolved from then to now.EntertainmentToday, there is instant access to all kinds of information from shopping
continue reading