The author of everyone's childhood nightmares, R.L. Stine, has made the announcement that Marvel has asked him to team up and pen a comic book series! In an "Ask Me Anything" thread, Stine answered questions from fans, including one very important one: "Have you ever considered writing for comic books?"

His answer surprised his fans, when he replied "I'm writing a series of comic books for Marvel - my first comics ever. But I'm not allowed to talk about them yet." 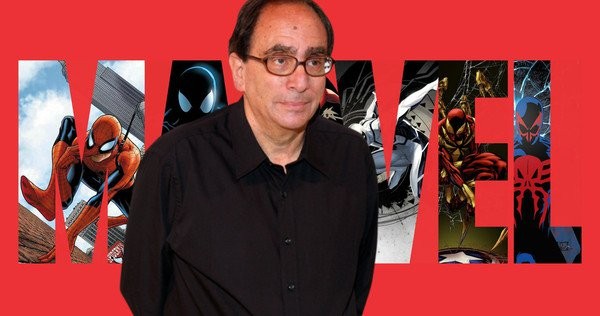 What an announcement to try to sneak in a busy Reddit post! Marvel is fairly well known for their discretion, so it isn't a surprise that we aren't allowed to know any details about the comic yet, but announcing it like that is a bit strange. Stine's work has often been thought of as a modern classic (at least to millennials). Goosebumps was a staple in most 90s kids lives. It was our first foray into horror, and remains popular to this day.

At the age of 73, this is an interesting new direction for Stine to take. Because he wasn't able to give any solid details, we don't know if it will be another Goosebumps series or if it will be a completely different story altogether. Given his history it is probably safe to assume he will stay in the horror genre, but you never know! Marvel has often grabbed other authors and got them to write some of their super hero series, including Ta-Nehisi Coates writing Black Panther and Chelsea Cain who now writes the Mockingbird series.

Marvel has previously adapted Steven King novels into comic books, so it isn't like this is the first time they have grabbed from popular literature.

What do you think of this announcement? Are you excited to read a comic book written by the Goosebumps author? Share with your friends and try to predict what it will be about!

By Emma C 12 days ago
Spreadsheets are a tool used for both personal and professional use today and in the business world to help with data inventory and data analysis. They have moved from long sheets of ledger paper with pencil markings, dates, and keywords to advanced technologies you can find in what is now called the Google Suite and used on fancy laptops like the MacBook Pro. Learn more about the fascinating history and innovations of this data collection tool here.The Earliest History of SpreadsheetsSpreadsheets are pages that compute and collate data, usually in numbers. The earliest record of a spreadsheet was a
continue reading