It's hard to believe that it's been 25 years since Hook, the Steven Spielberg movie about Peter Pan's return to Never Never Land, came out in theaters. I mean, I still think of the 90s as being 10 years ago, not over twenty. The kids graduating high school this year weren't even born when it came out. Take a minute to think about that fact, and how old it makes you feel.

To celebrate the 25th anniversary of the film, Ruffio and his Lost Boys reunited and the result was some epic nostalgic photos.

For the first time ever, Ruffio, Don't Ask, Thud Butt, Sooner, Later, Noseminer, No Nap, and Too Small were all back together.

Even though they're 25 years older, you can totally still tell which one is which, even if they weren't wearing those costumes. During the photo shoot they recreated some of the iconic moments from Hook, complete with a before and after. 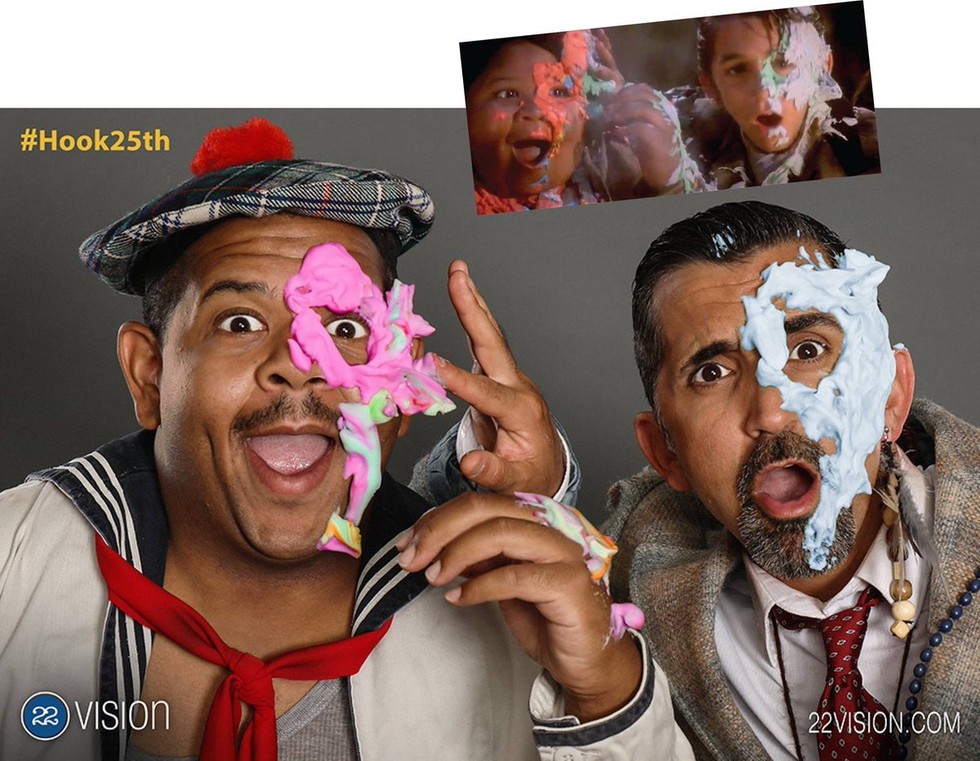 They even included the guy who played the younger version of Robin Williams's Peter Pan.

They took the opportunity to not just reminisce about their experiences on set, but also to remember Robin Williams, who died two years ago this week. When asked by ET what they wish they could have told him, " the group offered a resounding "thank you" to the man who clearly made an important impact on their lives." And if that doesn't make you ugly cry, then you must  have no heart.

The reunion was organized by 22 Vision, a production company that focuses on these kinds of pop culture reunions. They were also responsible for the cast reunions of Little Rascals and School of Rock that blew up the Internet earlier this year. Now if you don't mind, I have a childhood classic that I need to rewatch.

Do I have to Pay Taxes on Gambling wins in Canada?

By Emma C a day ago
Gambling and lottery winnings aren't taxed in Canada. Read on to find out if there are exceptions to this rule and when gambling profits are taxable in the Great White North. Who Owns the Casinos in Canada?It depends on where the casino operates. In some provinces, they are the exclusive property of the Canadian government.The local tribal communities own those in the First Nation reserves. Finally, there is a third group of casinos in the hands of private corporations. What Taxes Do Casinos Pay in Canada?As a rule, gambling operators in Canada pay a 28% federal tax,
continue reading

By Emma C 3 months ago
You will often hear that the games today are so much better than those of previous generations and in some respects, that is true. The graphics are better, the sound is also better and there is nothing from the 90s that can compare to the speed of today’s gaming systems and PCs. No, you won’t find games you can play in VR with the right headset, however, that’s about as far as it goes if you are looking for some good old-fashioned fun. Let’s look at some of the reasons why 90s games are so much
continue reading

By Emma C 3 months ago
Even for those of us that remember the 90s, it is hard to recall what we did before the days of mobile devices and constant access to the internet. In 1984, less than 10% of households had a computer or access to the internet. Today, there are about 900,000 domains registered per week. So in about 30 years, we went from barely any computers in homes to almost one million new websites registered each week. Here are some more ways the internet evolved from then to now.EntertainmentToday, there is instant access to all kinds of information from shopping
continue reading