If you grew up in the 90's you'll probably hear the intro song to each show as you read through this list. Fair warning.

To be honest, I watched every single one of these shows and probably fantasized about being a member of each family in every episode. Sure, my family was pretty great, but there was something equally great about living vicariously through the experience of having a sister or a goofy older brother these shows offered us.

We all laughed at Steve Erkel from Family Matters (yes, Steve, you did do that!); cried with Wil and Uncle Phil on The Fresh Prince of Bel Air, and swooned over Uncle Jesse's dreamy eyes and great hair on Full House (have mercy!) Scroll through our favorites and see how many you remember - share your favorite moments in the comments below. Don't forget to Like & Share!

When Tia Landry and Tamara Campbell discover that they are twins, separated and adopted at birth, you know that this is going to be good. Much like the parent trap, once the girls find each other, their parents can't keep them apart.
If you've ever wanted a sister, especially a twin sister - after seeing the first episode, you were searching through department stores for your other half.

After the death of this wife, Danny Tanner is left to raise three daughters with the help of his brother-in-law and best friend. The three amigos and their little ladies were pretty much the most charming non-traditional family ever. We totally wanted Uncle Jessie to sing 'Michelle's Smiling' to us too.

Although this show aired a little later in the 90's, it was a CW classic that played on every teen girl's screen. Big families were pretty rare for our generation, so when a show featured a clan as large as the Camden's it was like looking into another world. It was easy to imagine that you were in the room when Mary and Lucy had their bedroom girl talk. 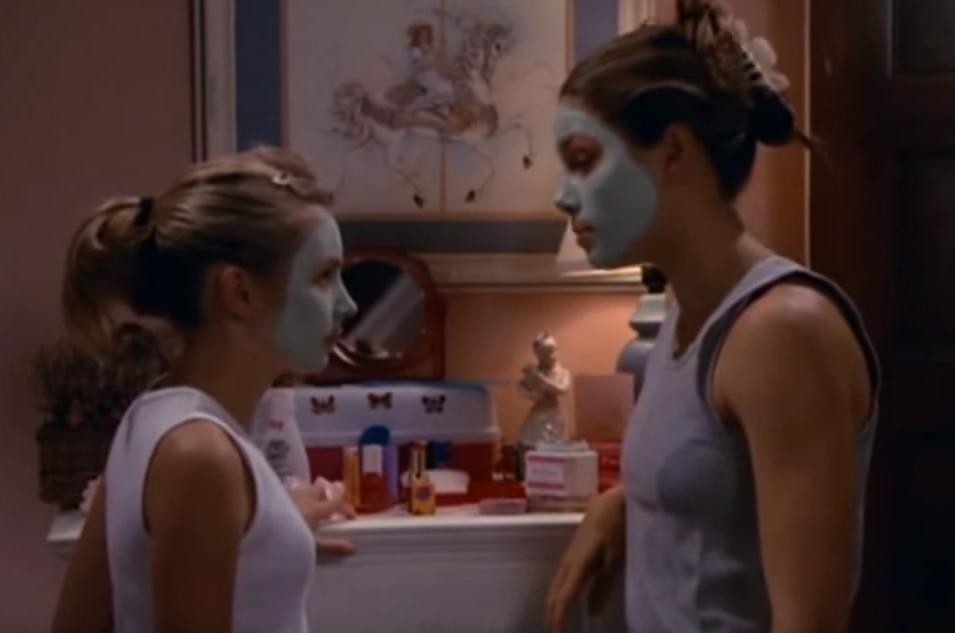 Steve Erkel, Family Matters just would not be the same without the lovable dork next door. We all grew up with the Winslows in our living rooms - laughing along with Steve's antics and Carl's frustration. As the show progressed and Steve figured out how to clone himself, we gasped along with Laura whenever Stephan walked in.

With a name like Blossom, and a best friend like Six, Myiam Bialik was way beyond cool. We all wanted to be like her from the neon clothes and floppy hats to her rad hairstyles, she was a teen fashion icon. It also didn't hurt that she had an in with all the cool celebrities at the time - Will Smith, Alf and Claire Huxtable.

Although he was the typical dumb jock, Joey Lawrence played the most lovable big brother to Blossom. He was her perfect opposite, not to bright, but always good for a 'woah!'

Speaking of Joey, he's all grown up and acting with his two younger brothers in this appropriately named show Brotherly Love. As a girl in a house full of boys, this show made total sense to me - it was like listening to my brothers banter, but funnier!

Ever wonder what it would be like to be part of an insta-family? That's what this show asks itself when a widower of three meets a widow of three. The six kids are completely different, but manage to find some common ground. Although the show was good, we think it was the addition of Frank's nephew, Cody, played by Sasha Mitchell, that brought us back for more. 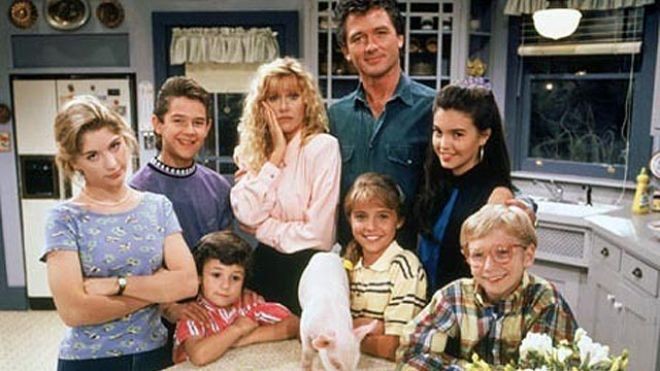 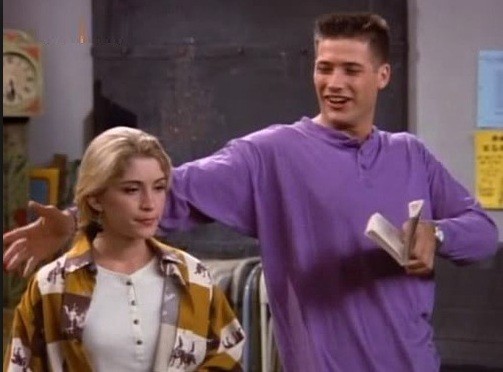 Claire Huxtable. Now this was a mom who had it all together and she let you know it! We all loved Claire - she was a smart, funny, working mom who brought all kinds of style and grace to The Cosby Show. Even now, I look back at that series and laugh at Claire's tough love smack-downs. This is the kind of woman we all wanted to grow up to be!

There never has been, nor will there ever be another love in TV land quite like that of Corey and Topanga. Before that, there was Corey and Shawn. We literally grew up with these three and totally wanted to be their best friends.

Corey had some great parents that were always there with love and support, but it was his relationship with Mr. Feeny made us all wish we had someone like that in our lives. Feeny was his neighbor, teacher and life guru. Feeny always knew just what to say when the world didn't make much sense.

Iiiinnnn West Philadelphia, born and raised... If you can finish this rap, you KNOW you're a 90's kid! Everything about The Fresh Prince of Belair was what we imagined life would be like living with rich family.

Although they got off to a rough start, Uncle Phil and Will created a bond that would eventually surpass even television make-believe.  In one of the most memorable and talked about scenes, Will realizes that his father has abandoned him again. As he asks "how come he don't want me?" Tears fall as the men embrace.

Tim the Toolman Taylor, his wife Jill and three boys were the perfect mix of manly and silly. It was the show my whole family watched together, my father, grunting along with the Toolman while my mother rolled her eyes. I think what we loved most about this show was that there was something for everyone to enjoy and someone for everyone to relate to.

Sure, it's set in the frontier and everyone's wearing period clothes, but this show was addictive. I won't lie, I watched it because Sully was gorgeous. 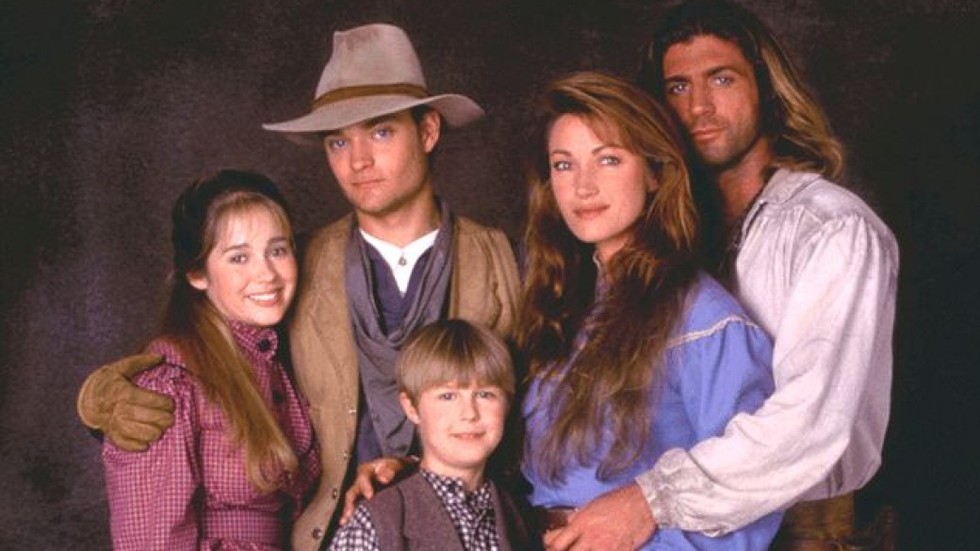 I mean, just look at that hair! 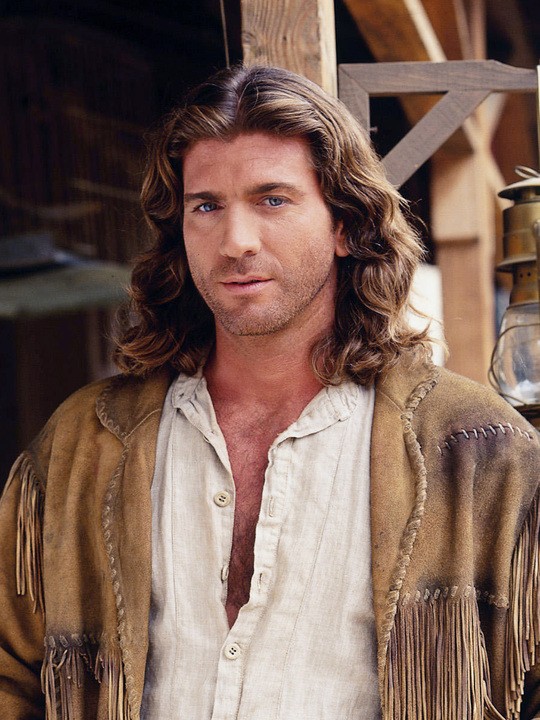 By Emma C 13 days ago
In 2023, you'll be able to play casino slot games for real money at many online casinos. There are a variety of different kinds of slots, from classic 3-reel slots to 5-reel video slots with bonus rounds. You can also find progressive jackpot slots, which give you the chance to win big prizes. With so many choices, it's easy to find a game that you'll enjoy playing. But with so many options available, how do you know which game is right for you? Here's a quick guide to help you choose the right casino slot game for your next gambling
continue reading