Honestly, probably everyone's dream words when they were younger. You wanted nothing more than to be on The Price Is Right and hear Johnny Olsen or Rod Roddy say you got to play Plinko for a brand new car.

Not to shatter your dreams or anything, but winning a new car actually costs you THOUSANDS of dollars.

According to Aurora De Lucia, a contestant on the show in 2013, her new car cost her more money than she could have imagined.

"I viewed [winning] as a great way to make money," she said. "But I was still excited to win a car because that seems like such a Price is Right thing that I'd dreamed of since I was a little girl." 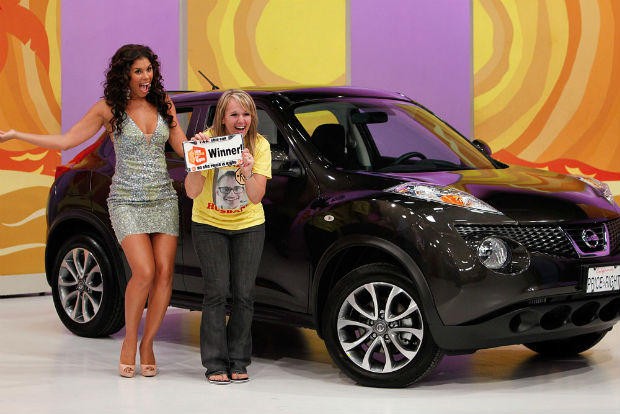 After winning her car, De Lucia was rushed backstage to the "winners' room" where she had to sign a bunch of paperwork. She had to agree to paying all the sales tax on the car and agreed to not disclose the outcome of the show before it aired. If she did, all prizes won would be forfeited.

De Lucia had won a set of camcorders as well, which were shipped right to her house. But the car is a little more complicated. The show has 90 days to make arrangements with a local dealership, and the winner has 10 days to go and get it. Before she could leave the lot, De Lucia had to pay $2067 in sales tax. She also had to pay federal tax which is between 10 and 39%, as well as state tax which in California is 8%.

De Lucia paid about $9000 to 'win' her car. She ended up selling the car, never having any intentions of keeping it, and made $14,800 on the sale. So really, she got about $6000 in net winnings. And that doesn't factor in the end-of-year reductions which take into account the retail value of the car, not the resale value.

But Aurora De Lucia says she's not really mad about the whole thing.

"I think it's slightly silly to complain about netting many thousands of dollars for one day of work, which is ultimately super crazy fun," she says. "But I also think that sometimes people can be a little in the face of game show winners if the winners mention taxes at all. And it's like, well, this is kind of a legit problem that you do have to think about, especially if you want to keep the car."