While 2016 has definitely been The Year of Nostalgia so far (I'm looking at you, Crystal Pepsi), it's starting to look like it may also be The Year of Nintendo. Pokémon Go has already taken over the world, not to mention adding $7.5 billion to Nintendo's market value. Now Nintendo has ramped up the nostalgia even more in announcing the release of the seemingly palm-sized Nintendo Classic Mini just in time for Christmas. 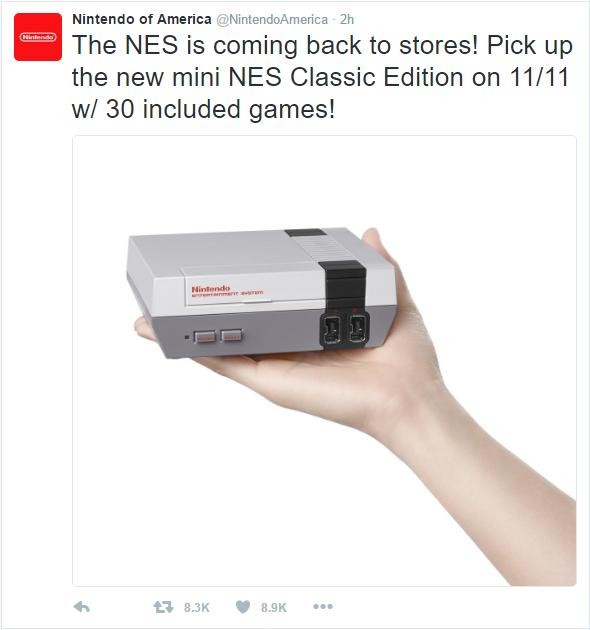 While a lot of people were hoping for the announcement of a new console, there are a lot of reasons to get excited about this re-release. While it is possible to find working original NES consoles and cartridges, they are getting harder (and more expensive) to get. When the NES Classic Mini drops on November 11th, it'll only cost you $59.99 USD, which is less than most new console games are going for these days. That price will get you not just the console, but also 30 (yes, 30) pre-loaded games, including plenty of classic titles. If Mario is your jam, you'll be able to play Dr. Mario, Mario Bros., Super Mario Bros., Super Mario Bros. 2, and Super Mario Bros. 3.

Some other games that'll be included are Donkey Kong, Donkey Kong Jr., Kirby's Adventure, Pac-Man, Mega Man 2, The Legend of Zelda, and Zelda II: The Adventure of Link.

The November 11th release will be for both North America and the U.K., and there's no word so far on releases for other countries. The Classic Mini will also include and HDMI cable, and AC adapter, and one controller, though it looks like you'll be able to buy extra controllers separately. 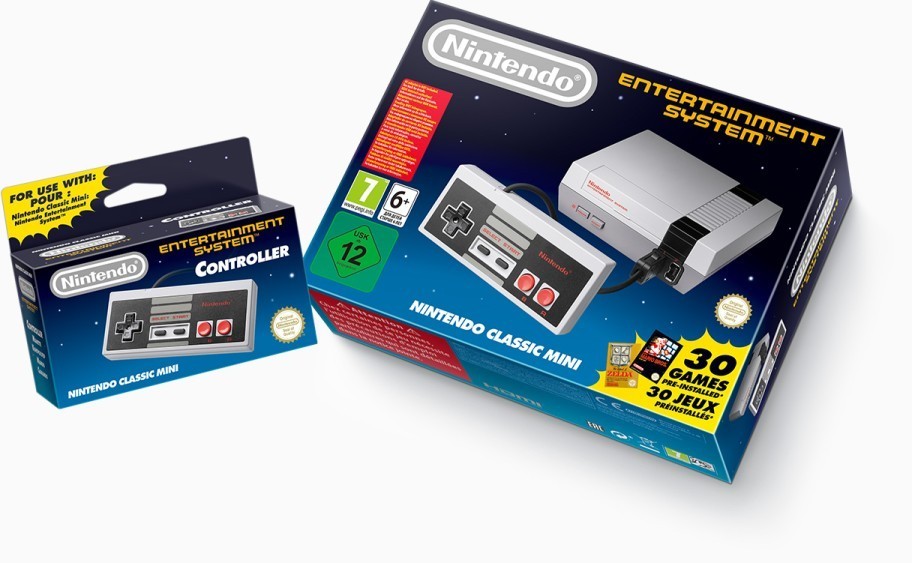 November now feels so painfully far away. In the meantime we'll just have to distract ourselves with Pokémon Go and YouTube videos of the original NES.

By Emma C 20 days ago
In 2023, you'll be able to play casino slot games for real money at many online casinos. There are a variety of different kinds of slots, from classic 3-reel slots to 5-reel video slots with bonus rounds. You can also find progressive jackpot slots, which give you the chance to win big prizes. With so many choices, it's easy to find a game that you'll enjoy playing. But with so many options available, how do you know which game is right for you? Here's a quick guide to help you choose the right casino slot game for your next gambling
continue reading