So often you hear stories about women being forced to dress in ways they are not necessarily comfortable with because "that's showbiz". But, The Spice Girls did not tolerate that. Even though they were all fairly well known for their midriff baring crops and short skirts, they got to decide when, where and how much skin they would show.

When they were on set filming the commercial for the Spice Girls branded Polaroid camera back in 1997, they had a bit of an issue with the director. Mel B asks "Was it you? why did you ask that [we show our cleavage and midriffs]?", and he replies that "it's every man's fantasy."

That answer is just not going to cut it for the girl power group, and she firmly tells him to "F**k off". The other girls join in, with Geri Halliwell calling him a "chauvinistic pig" and Victoria Beckham telling him to "stop trying to look cool."

After they finish filming the commercial, Halliwell and Mel B. refuse to shake the directors hand, stating he should "know better". The girls were obviously a powerful role model for girls in the 90s, so it's nice to know that they always were in charge of their own bodies. Even though they got a lot of criticism for their outfits, it was always on their own terms. Notice that in the final commercial there are no ridiculously short skirts or cleavage to be seen?

Do you think the Spice Girls were right to call out their director? Also, how badly did you want a Spice Girls Polaroid? 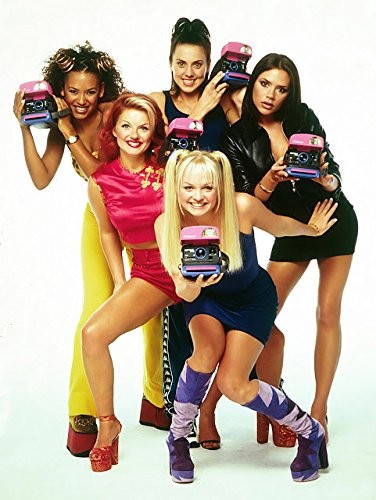