Looking back, people in the 90s really enjoyed word play and talking with attitude (talk to the hand, anyone?). While there are some words that have managed to stick around, a few others are best left in the past.

Here are 20 slang words we all definitely used in the 90s that made us feel super fly:

Thanks to the cult-classic film Clueless, “as if” become incorporated into every conversation we’ve ever had since 1995. It translates to "I don't think so."

No, not your pant’s fly. In this case the word stands for “cool.” Being told that your outfit was fly in the 90s was the ultimate compliment.

3. All that and a bag of chips

Another way of saying something is beyond good.

Another term for “money” that stems from the fact that the presidents on the U.S. bills are all dead.

Bart Simpson made this immature but funny insult popular. He often used the catchphrase when rebelling against someone or something.

Although it is pronounced just like the word “fat,” "phat" actually means something totally different. It was often used in lieu of “excellent.” Some people argue that it stands for “Pretty hot and tempting” or “Pretty hips and thighs,” but others are convinced that it’s a misspelling of “fat,” which at some point stood for “rich.”

As random as it is, "home skillet" is a close friend that is always around, you know, kind of like that one skillet you always use when you cook.

Had enough of someone's banter? Telling them to "talk to the hand" usually worked just as well as telling them to shut up. We can thank Martin Lawrence for making this a thing.

I don't know why we thought bombs were cool in the 90s, but we often refered to things we found cool or enjoyable as "da bomb" or "da bomb dot com" (because the internet is also cool?).

George's girlfriend used the phrase "yadda, yadda, yadda," to make her stories shorter in an episode of Seinfeld, and it ended up sticking.

Bling is another word all the cool (not really) kids used for shiny jewelry, popularized by the 1999 B.G. song "Bling Bling."

Derived from "psychology," "psych" or "sike" is a word often uttered after tricking someone. On the other hand, it also means to be excited about something.

Agreeing to something by saying "for sure" was too boring so we borrowed "fo' shizzle" from Uncle Snoop, who actually got the euphemism from rapper E-40.

Referring to something or someone as just "awesome" wasn't enough so a suffix was added. "Awesomesauce" supposedly originates from the show Strong Bad.

If you were too badass to say "awesomesauce" then "bitchin'" was probably how you described things you thought were great. I mean, Steve Martin used it in 1995's Father of the Bride II so clearly it wasn't a bad word. 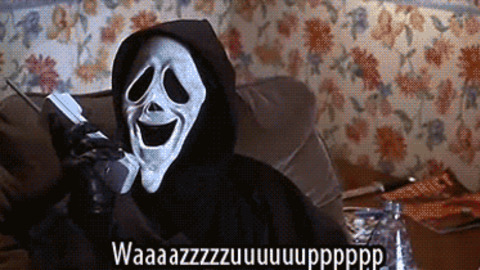 "Hello" and "What's up?" were too basic for the 90s bro so "wazup?" became the preferred alternative.

Nope, not the one you slept in as baby. "Crib" actually means a house.

According to the 90s girl group TLC, "a scrub is a guy who thinks is fly, also known as a busta."

20. You are the weakest link

Okay, so this phrase was from the early 2000s, but it was one of our favorites to use when throwing shade at someone. The BBC game show The Weakest Link gifted us with this gem, and we just had to include it.

Do you use some of these slang words and phrases today? Let us know!

By Emma C a month ago
If you are a brand or a business and you are looking to add Instagram in your marketing strategy, now would be one of the best times to do so. With more than one billion active monthly users worldwide, Instagram as a social media platform is not only striving for success in fact, it is thriving. 2021, is a new year and with a new year comes a new algorithm, new marketing campaigns and so on. You will want to know what are the new marketing trends that are going viral, the latest Instagram trends that are actually attracting the
continue reading

By Jordan N 3 months ago
Computer games have been entertaining humans for decades. The very earliest rudimentary electronic game was invented in 1947, inspired by the technology behind radar displays in World War Two, although it never went into production. Several other electronic game machines followed, including mathematical strategy game Nim, tic-tac-toe game Oxo and Tennis for Two. However, the 1962 launch of “Spacewar! is considered by many to have been the first official computer game, as one of the earliest examples of a digital arcade game.Since Spacewar! there have been unprecedented advances in video game technology. Computer Space, loosely based on the earlier
continue reading

Things to Do in Las Vegas

By Emma C 4 days ago
Due to the coronavirus pandemic, a lot has been affected in Las Vegas. The famed city is not what it used to be, but thankfully, things are gradually getting back to normal. If you don’t like the continuous COVID-19 testing, social distancing rules and non-stop handwashing among other sanitization measures, you can still enjoy playing classic slots online from the comfort of your sofa at home. Playing online slots with bonus rounds, such as 40 Super Hot slot, will keep the gaming thrill alive as you wait for the roll-out of a permanent solution for the novel virus.While
continue reading

8 Things to Look Out for When Choosing an Online Casino

By Emma C 11 days ago
Most of the Polish companies that have ventured into online gambling are making good profits, which explains why many companies are joining the sector daily. Such companies are also trying to outdo their competitors by creating better offers for the players.Differentiating between a legit and illegal company is difficult. There has been a rise in online casino fraud cases, making most people risk their data and money.However, our expert Jacek Michalski, whose profile you can overview here, was kind enough to share the crucial tips for landing on a reputable online casino.Check the license firstThe government uses
continue reading