It's been 26 years since Jessie Spano's legendary caffeine pill breakdown.

At the time, seeing one of our beloved TV characters struggling with addiction felt so raw and so real. No questions asked, we truly believed someone could be addicted to caffeine pills.

But as we got older and looked back, most people probably thought, "Errr...okay? That sounds fake, but okay." It was one of those moments we just accepted and moved forward with our lives. 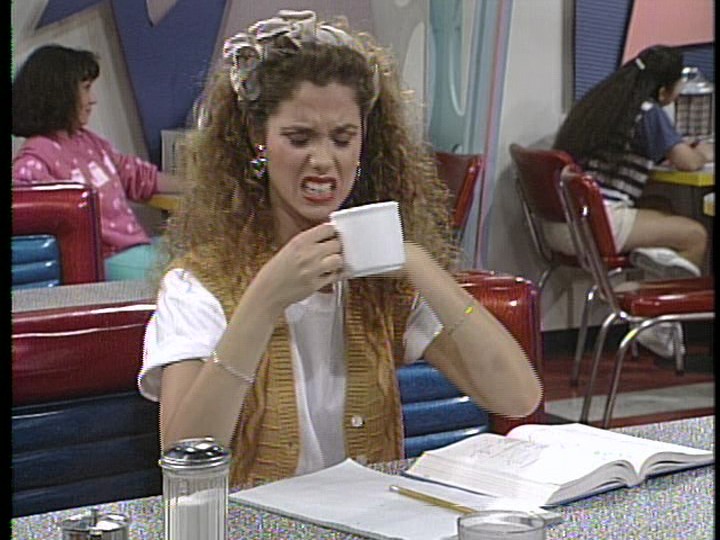 "What fans don't know is that, when I originally wrote the episode with Tom Tenowich, Jessie was hooked on speed, not caffeine pills. But Standards and Practices, the censorial department at NBC, vetoed it saying speed was too serious for Saturday mornings," Engel writes in I Was Saved by the Bell.

Instead of scrapping the storyline all together, Engel decided to change it to a more...TV friendly addiction. He felt that the subject matter was something that needed to be discussed, especially in relation to teens feeling pressure to succeed.

"So we compromised," he writes. "We kept the episode virtually the same, but swapped out the speed. I wasn't pleased about it ― after all, the average caffeine pill, was the equivalent of a cup of coffee, so we might as well have had Jessie get addicted to Earl Gray, or breaking into The Max to snort coffee grounds. But hey, we had to start somewhere."

Regardless of what she was addicted to, it was hard not to feel the intense emotion as Jessie warily sang "I'm So Excited!" before she finally broke down.

In case you wanted to be full of feelings today, here's the clip.