One of the greatest things about TVland is that all of your old favorites are still running - even 20 or 30 years after their first episode ever aired!

There was something extra special about watching people interact with the puppets of shows like ALF, The Muppets and Dinosaurs. They made it seem like life was a little extra magical and that our imaginations could take us anywhere!

Even our parents loved to sit in on episodes of ALF and The Muppets because the writers always found a way to sneak in some grown-up humor. Looking back on my favorite childhood episodes, I appreciate the Sesame Street special guests even more and laugh even louder at their antics.

Take at look at our favorites - be sure to watch Robin Williams' skit with Elmo, he really was a genius.

The first episode aired on ABC on April 26, 1991 and the series lasted for four years. The series about a family of dinosaurs was a Jim Henson and Walt Disney TV collaboration.

The Sinclair family was your typical American nuclear family, except they were dinosaurs. Baby Sinclair drove Earl crazy - he refused to call him Daddy and pretty soon, we were all saying "Not The Mama!" 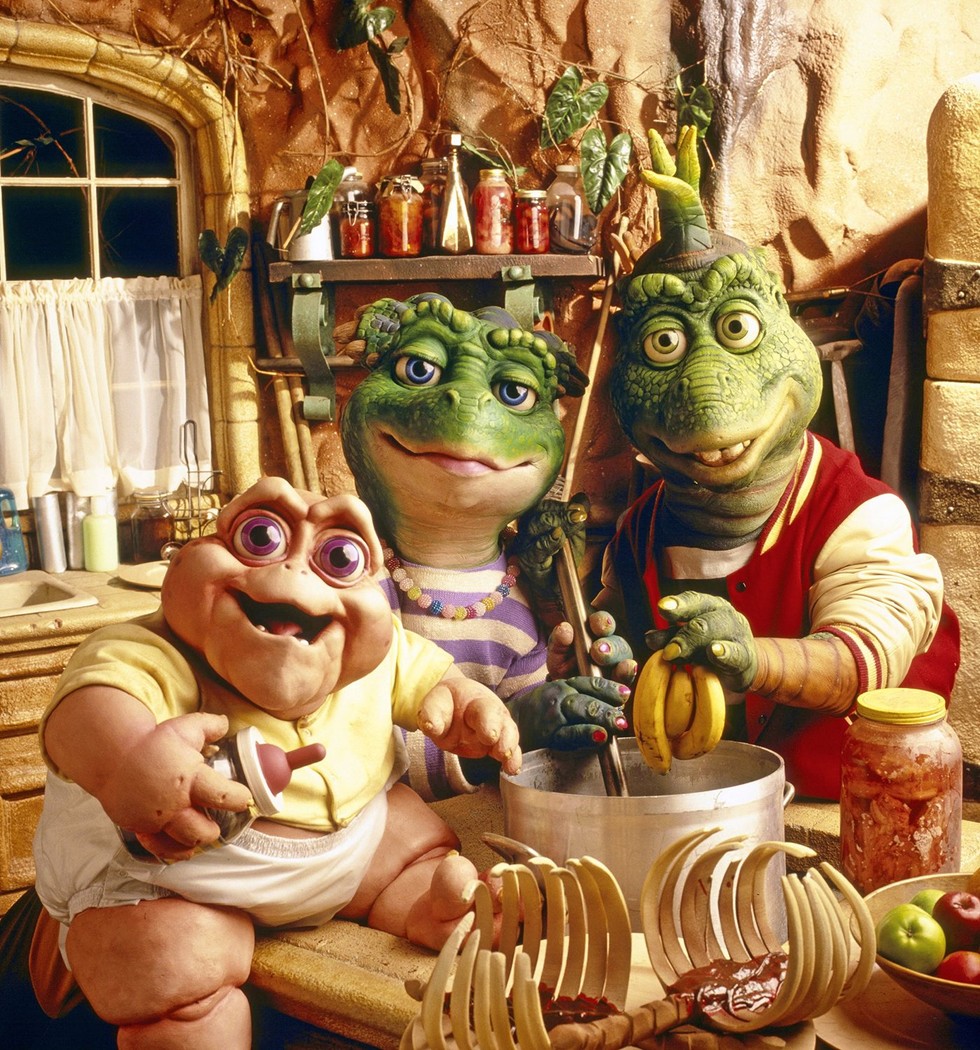 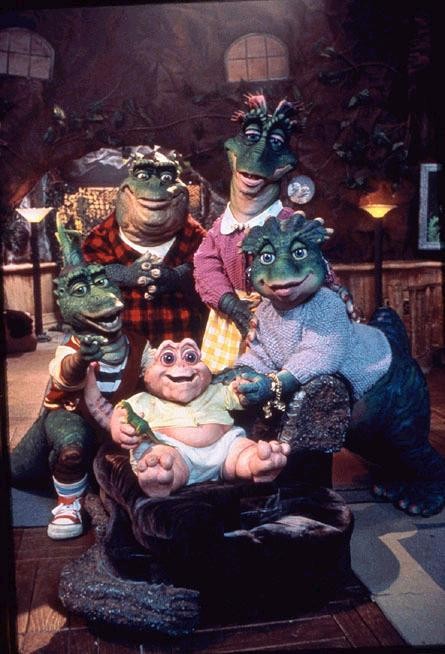 Check out this behind the scenes footage!

We didn't know it as children, but this series was created to deal with serious issues of prejudice, spirituality, personal identity, the environment and social conflict.

We just loved the songs! 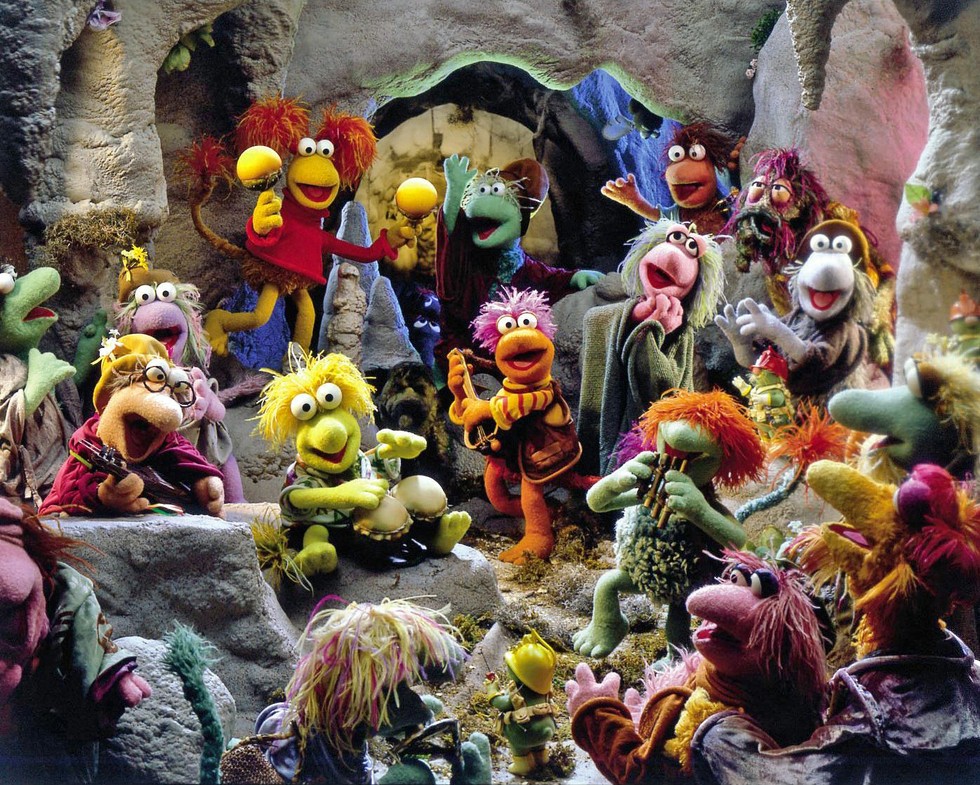 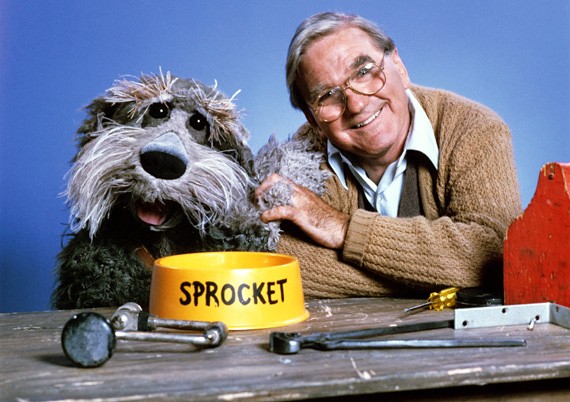 Who else remembers the theme song?

An Alien Life Form - ALF comes to live with the Tanner family (distant Full House relations?) The family adopts ALF and hides him from the government and their nosy neighbors.

Each episode usually focused on the family teaching ALF about life no earth. The issues of being foreign in America are explored through ALF's experience of culture shock, survivor guilt, boredom, loneliness and despair.

Throughout the series, ALF constantly trying to eat the family cat, Lucky - because on his home planet of Melmac, they're the main dish. 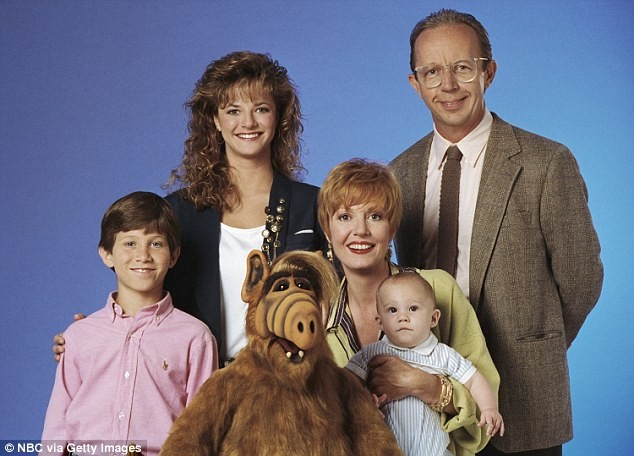 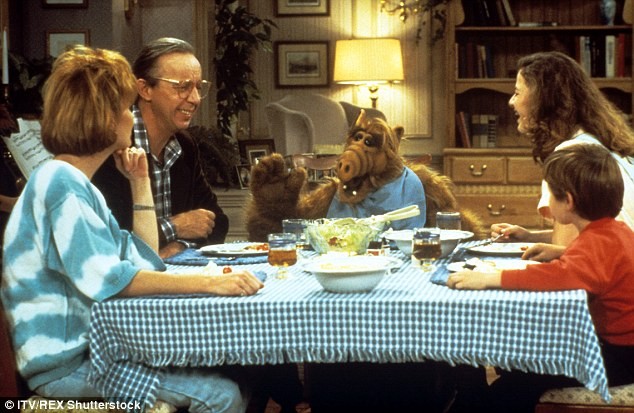 Alf was always trying to eat the cat, watch what happens when he finally had his chance to do it ...

There are even more awesome shows with puppets on the next page!

This classic was actually a British science fiction series produced between 1964 and 1966. It was set in the 2060's and it follows the adventures of International Rescue - a kind of secret service/live-saving organization.

The story follows ex-astronaut Jeff Tracy and his five adult sons as they traveled the world and saved the day. The series was distributed to 30 countries - including the US, Canada and Australia. 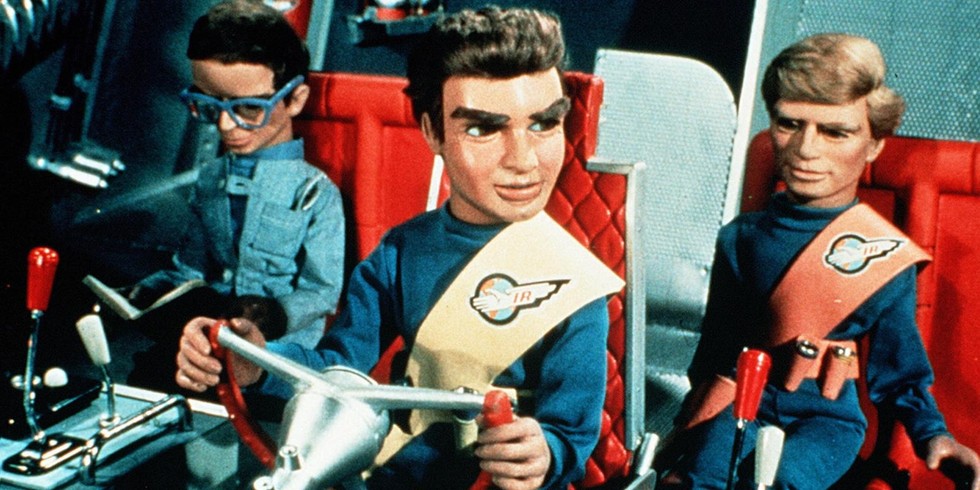 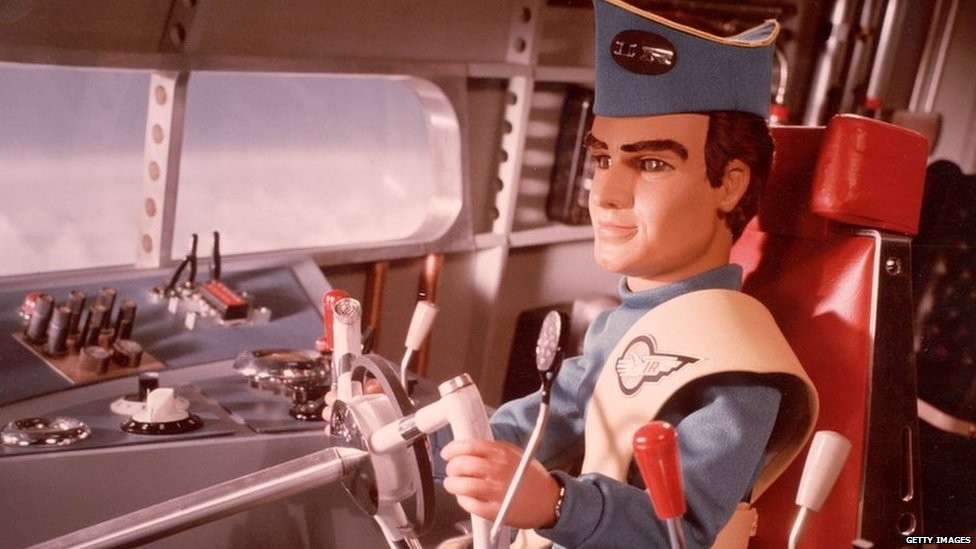 Lady Penelope is tied to the train tracks, will they save her in time?!

No 80's and 90's childhood was complete without the Muppet Show. This incredible series was also a Jim Henson classic and it's hard to believe that the 1974, '75 pilot episodes were never picked up in the United States.

Instead, they aired in the UK on September 5, 1976 and was an obvious success.

Kermit the Frog was the show runner who tried his best to keep all of the Muppets from causing mayhem and keeping the celebrity guests happy. There was plenty of hilarious slapstick comedy and plenty of parodies that even adults appreciated. 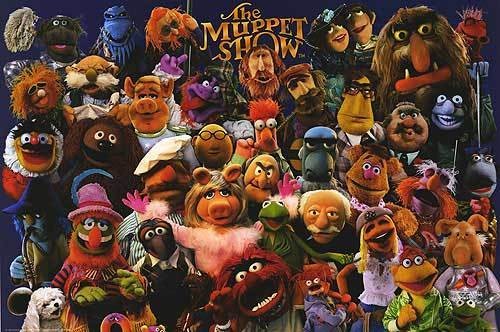 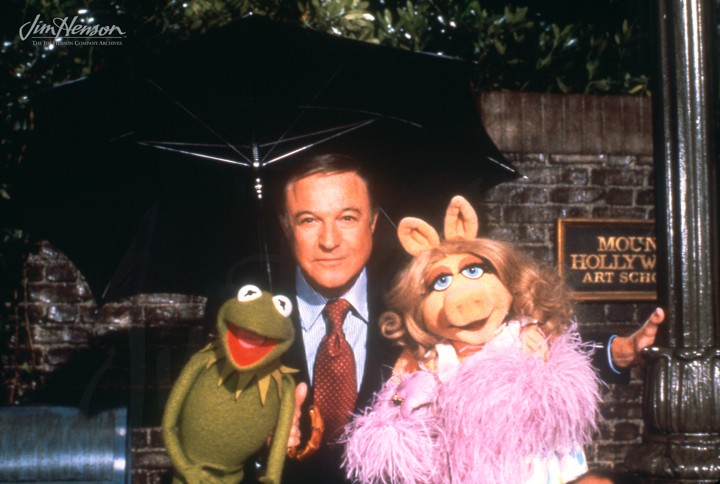 Everyone wanted to be a part of The Muppet show! 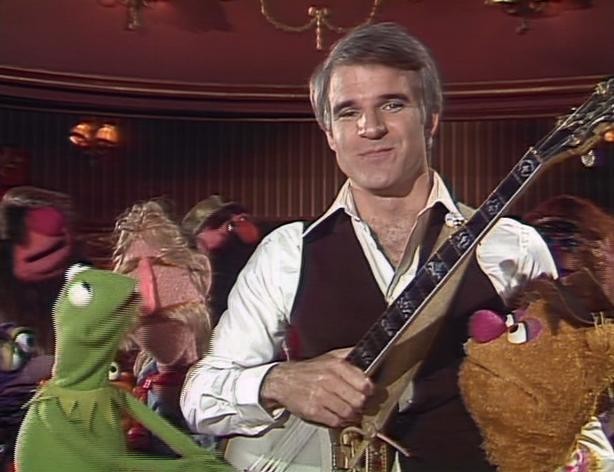 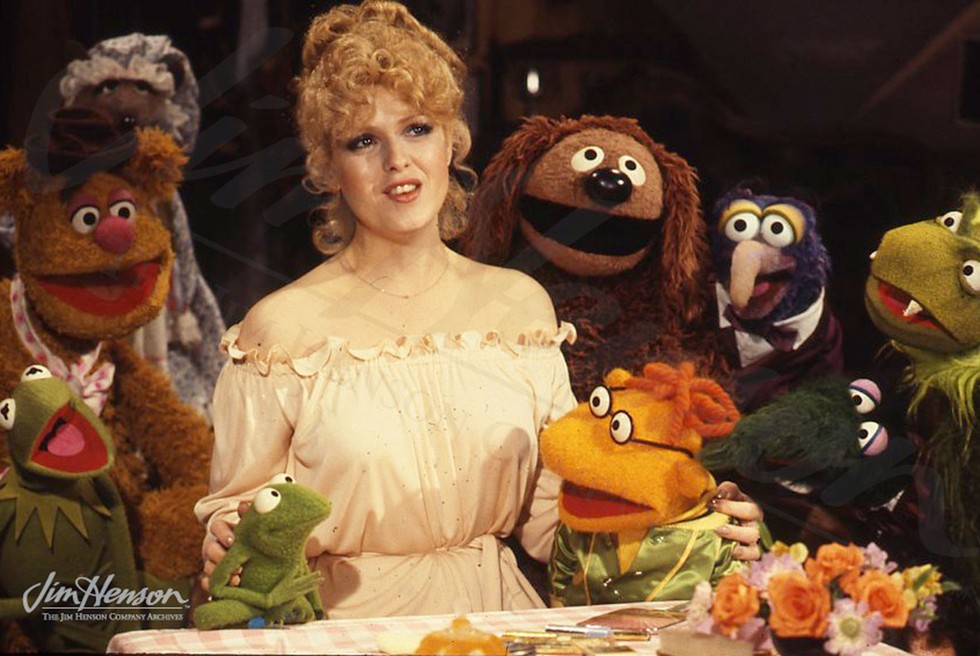 But it wouldn't be the same without these classic Miss Piggy karate chops and kicks:

It was the first children's show to use educational goals and curriculum to shape it's content and us kids ate it up like candy. Learning was WAY more fun when our teachers were Big Bird, Elmo and Oscar the Grouch.

Just like the Muppet Show, as popularity for the show grew, celebrity guests were added to the mix. This amazing show has been on air for almost 48 years, as of 2009, the show has won 159 Emmy Awards and 8 Grammy awards. 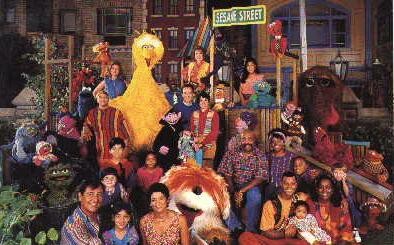 Seeing Hollywood A-listers like Robin Williams, was a highlight for our parents 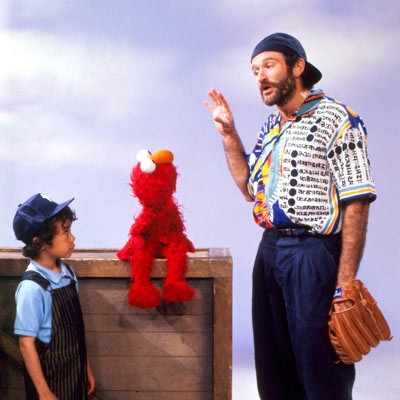 Do you remember when Elmo gave Julia Roberts a scare? 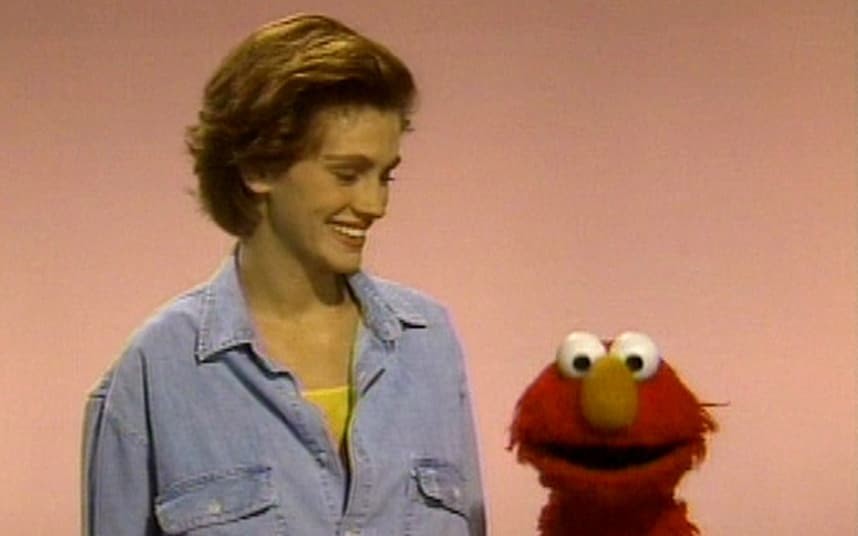 In this episode, Jim Carrey smiles with his feet...

And our favorite, Robin Williams, shows Elmo what he can do with his imagination and a stick - We miss you Robin!

By Emma C 9 days ago
In 2023, you'll be able to play casino slot games for real money at many online casinos. There are a variety of different kinds of slots, from classic 3-reel slots to 5-reel video slots with bonus rounds. You can also find progressive jackpot slots, which give you the chance to win big prizes. With so many choices, it's easy to find a game that you'll enjoy playing. But with so many options available, how do you know which game is right for you? Here's a quick guide to help you choose the right casino slot game for your next gambling
continue reading