The 90s were a wonderful time for the world of video games. You had PC games starting to become a real thing, we had the Sega, and the first Playstation, but most importantly, Nintendo introduced the N64.

The N64 was without a doubt (in my opinion at least) the greatest gaming system. Just because it was the greatest, didn't mean it wasn't without it's issues. Here are the biggest struggles of playing N64.

1. You had to fight for the fancy colored controllers

If you wanted that purple controller you needed to call "dibs" right away. No one wants to use the boring grey controllers.

Sometimes the games wouldn't load because of dust. 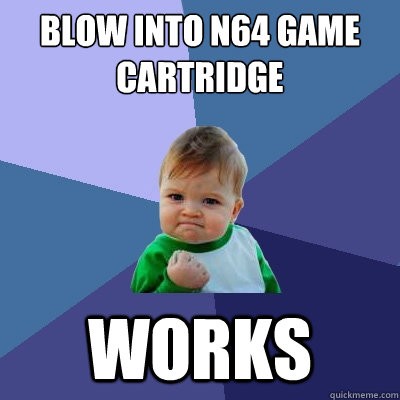 Even though you weren't supposed to... we all did it.

If someone picked your favorite character in Mario Kart they were essentially telling you they hated you.

If I can't be Yoshi, why would I even play?

When you were victim of a banana tragedy.

Who designed these weapons, this is just cruel.

That is the video game equivalent of slapping someone in the face.

Why was it so fast?

When Kirby would use his special power on you just before you did a cool move.

But he did look pretty adorable in his Donkey Kong outfit.

Sometimes you would accidentally send yourself off the edge.

Waiting for the train to pass

Especially when you were in the lead!

When you can no longer tolerate that baby penguins screams

It means you won't get the star, but is it really worth it?

Mario sometimes had enough of you.

To be fair, he is doing a lot of cardio. I would be tired too!

Did anyone else find those little bears in Banjo and Kazooie super annoying?

I see you there, please shut up.

Also the view, I need to see where I am going Banjo keep up!

I know you can change it yourself, but it always reverted back to the least helpful version.

The controllers were not wireless which mean sitting on the floor was likely. 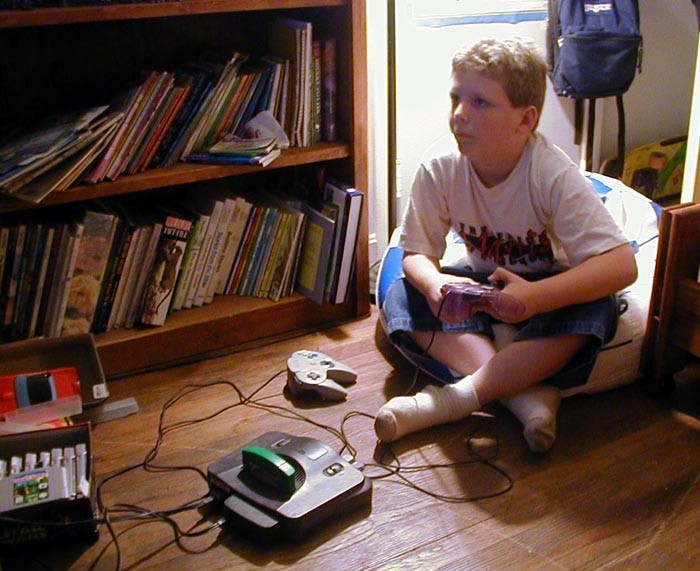 The couch was never close enough to the TV.

Seriously? Three of them? Peach, get a decorator, you're royalty.

You never sweat as much as you did when you were in one of these skateboard races.

This is also when everyone thinks pressing the buttons harder makes them work better.

Hot Rope Jump taught you what stress was.

Fire is not a toy Mario. 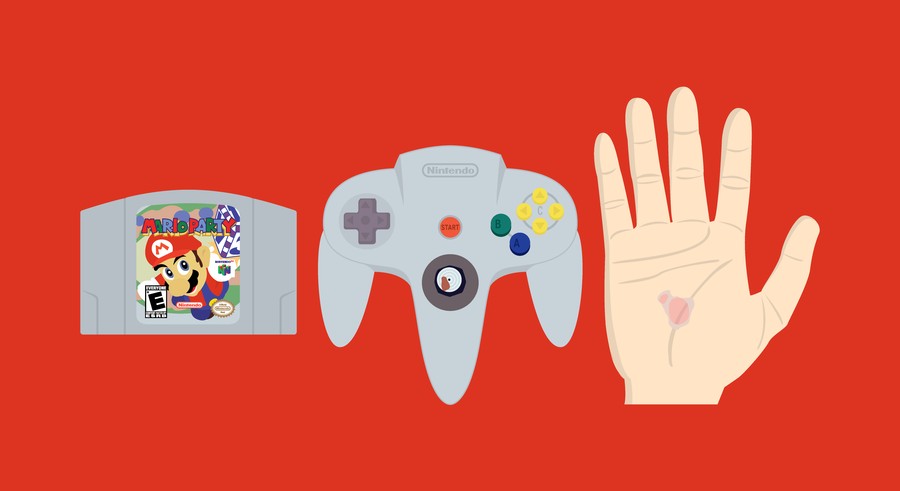 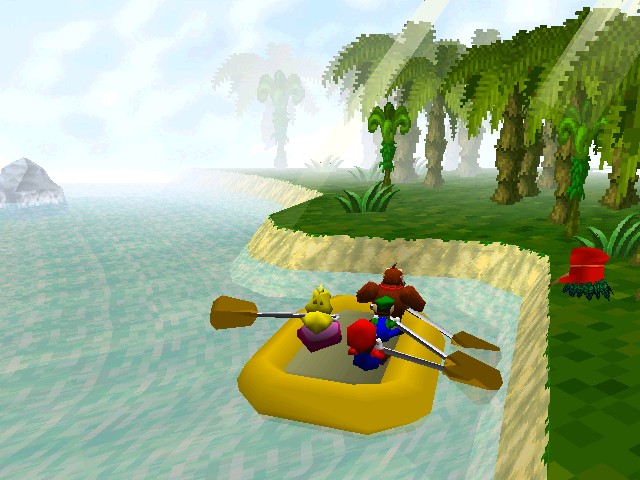 The Donkey Kong song is STILL stuck in your head.

I can't be the only one who remembers this?

Anytime Slippy had anything to say.

Just handle it yourself Slippy! 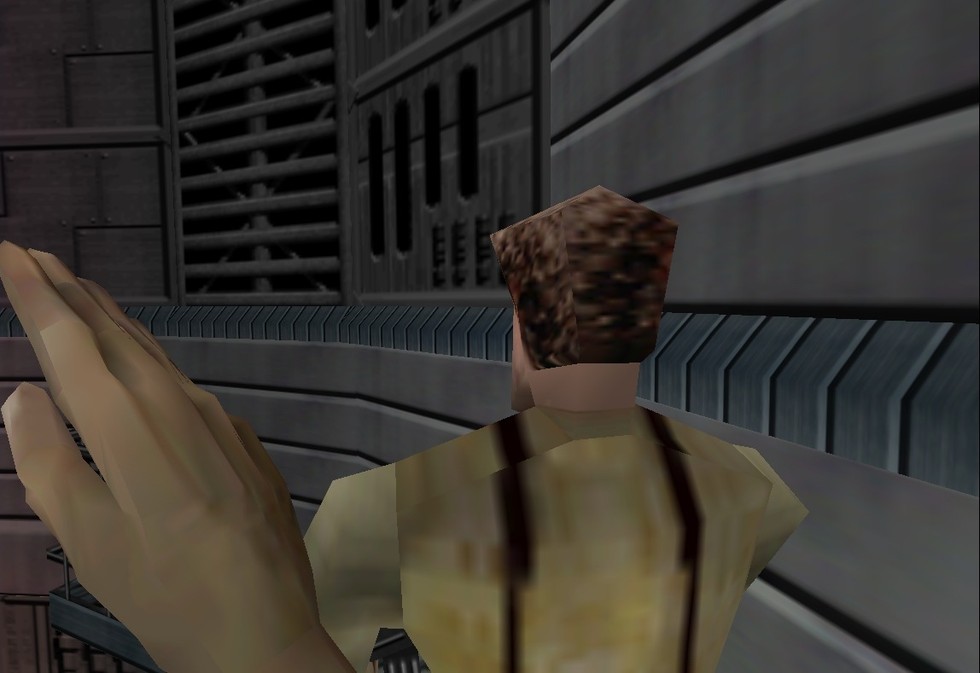 Luckily for you, in the video game world guns and slapping have similar efficiency.

You knew it wouldn't work, but you also hoped you could make it to the top of those stairs before you had the stars.

You also thought you could make this jump.

You just need to perfect that long jump.

If someone gets a blue shell, everyone gets scared. 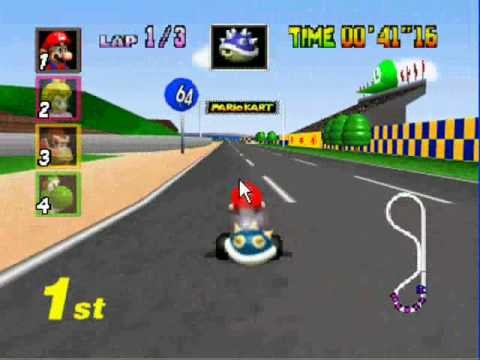 There is no worse feeling than getting hit when you're in first place.

You thought you were getting a really cool Pokemon game, but you could only take pictures.

It was not what I expected but it was fine.

That stupid hand was a real pain.

This guy was not useful.

I know I am going in reverse, do me a solid and get out of the way!

But the worst part was when all your friends had one and you didn't, so they were always better at the games then you.

Jokes on them though, now I can buy all the 90s games I want!

What were your biggest struggles with the N64? Share if you agree that it was all totally worth it!

By Emma C 5 days ago
Roulette is arguably the most recognizable table game found in casinos, rivaling poker as an enduringly popular pastime for players over the decades.So what is it about roulette that has helped it to stay relevant throughout the years, and does this retro throwback have the potential to keep wowing audiences long into the future?Early beginningsWhile most people first experienced online roulette before its land-based equivalent in the 21st century, back in the 1700s it was conceived in France as a game of chance that could appeal to punters while still satisfying the needs of casino operators.Some scholars
continue reading

By Emma C 19 days ago
Gambling is as engaging as watching movies or TV series. If you like both, you should try your luck in one of these slot machines, and some of them are available at https://casinochan.bet/. Silent Movie by IGTBlack and white slots are always intriguing. And in Silent Movie, all symbols are black and white, except for the special ones. They illustrate the most recognizable attributes and characters of movies from the early 20th century.This machine has 4 bonus games, each of which is dedicated to a particular movie:In the Dr. Jekyll and Mr. Hyde tour, the characters
continue reading

By Emma C 4 months ago
We all want to step back in time. There is a reason why products from the 50s, 60s, and 70s are considered classics. There are several different categories regarding the age of cars. Cars still in existence that were made between 1919 and 1930 are known as vintage cars, while antique cars are technically cars that are 45 years old or older. Cars actually become classic, by most standards, when they hit 20 years old, but that doesn't necessarily mean that a lot of us regard cars made in 2000 as classics! We still have an association between the classic
continue reading