They promised to make all your dreams come true back in the 80s, and now a new generation will be able to venture through time and space with the Muppets! A new version of the popular cartoon "Muppet Babies" is being re-launched on Disney Junior and it hopes to bring all the magic and fun of the original back to television. Production has just begun and the series is slated to premiere in 2018.

The executives responsible for this relaunch of the classic cartoon are just as excited as everyone else, knowing that it will mean a lot to the people who grew up with Muppets to have a way to introduce them to their kids.

"Parents will delight in seeing their favorite Muppets in the mixed animation style they remember from the original series, and kids will be introduced to this warm and zany world made just right for the Disney Junior audience." - Nancy Kanter, executive vice-president of Disney Junior Worldwide

The new show will be CGI-animated instead of hand-drawn like the original, but it will continue to be geared towards children ages 4-7. The episodes will be two eleven minute 'adventures' combined so there will be plenty of opportunities for the Muppet babies to get into all kinds of trouble.

The Muppets Studio VP is striving to tap into the nostalgia-factor that accompanies Muppets.

"We hope to engage and delight the nostalgic fans while also entertaining new kids, parents and diverse audiences through heart and humor as only the Muppets can deliver." - Debbie McClellan, VP Muppets Studio

We have a while to wait until we get to take a look at what they are working up, but what do you think: are you excited for the reboot? 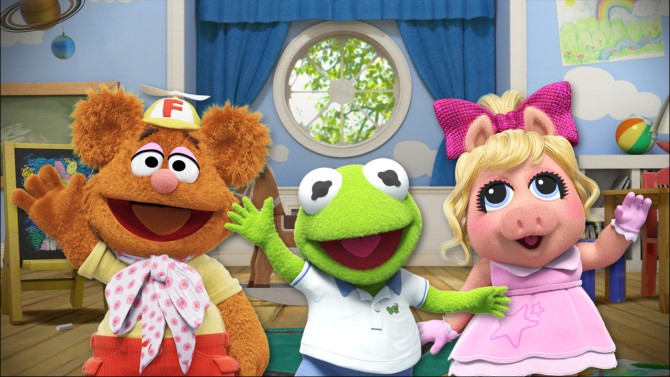 Why Music Was Better in the 80s

By Emma C 2 months ago
It should be evident and apparent by now. There should be no question about it. Nobody should ever call it into question. Music was simply better in the 1980s. While the 1970s disco provided a good warmup act and the grunge and pop of the 1990s were a decent follow up, there’s just no beating the music of the 80s. The sound was better, the costumes were flashier and the whole scene was just brimming with talent and drama. Whilst there have been a number of different things to have significantly improved since the 80s, including TV shows and
continue reading