Bad-boy Dylan McKay was on the cover of AARP which is a magazine for retirees and seniors. Because the world thought we needed to be reminded that we are older than we thought we were.

It feels like it was just yesterday he drove into our hearts on his motorcycle, but apparently it was many yesterdays ago.

Luke Perry turned 50 on October 20th, 2016,simultaneously killing the illusion that we are young. He is appeared on the October issue of the magazine, still looking pretty good beside the groan-worthy caption "Welcome to the 902-5-oh". 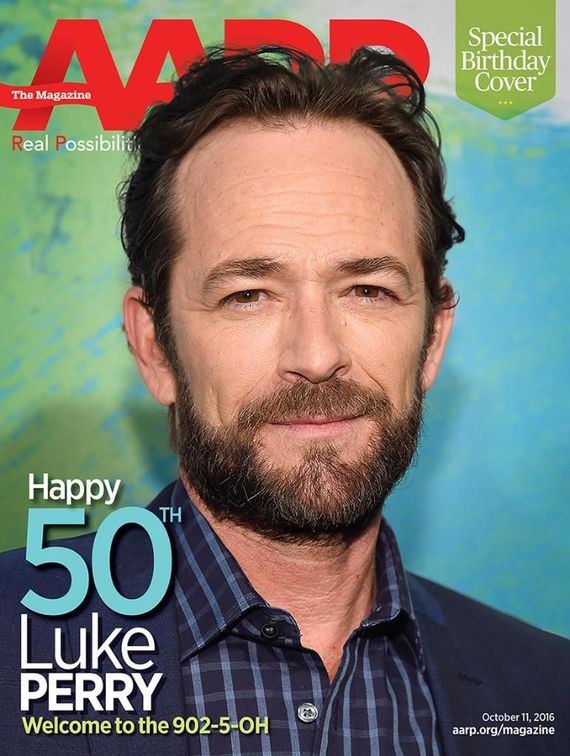 Fans were none to impressed with the realization that time is passing us by, tweeting out their responses to the cover.

Luke Perry is on the cover of AARP. I'll just be over here sobbing into my Metamucil.
— Angela Romack (@angelamromack) October 16, 2016

Just saw Luke Perry is on the cover of AARP Magazine. I feel old. Time to drink Ensure Plus, I guess.
— TheArkness (@SeldomSeenKid39) October 16, 2016

To be fair, he was playing a teenager when he was in his mid-twenties, so you can try to soothe yourself with that knowledge, but we all know how you really feel:

90210, the show he is most remembered for, started 26 years ago and ended 16 years ago. That can't be right... It was just the other day that the moody teens were doing their moody teen thing around Beverly Hills right?

Time to accept the facts: We are getting old.

If you don't already feel old enough, here are some other things that are a lot older than you thought they were.

By Emma C 15 days ago
From their humble beginnings in the 1990s, online casinos have come a long way. Thanks to advancements in technology, today's online casinos are more realistic and user-friendly than ever before.Indeed, there are literally thousands of different options available to punters nowadays, and if you look at this resource of some of the safest and securest platforms to use, you will get a glimpse of just how sites there are around the world to use!In this blog post, we will take a look at how online casinos have evolved throughout history.The Early Years: The First Online CasinosThe first
continue reading

By Emma C 18 days ago
Did you know that the global gaming industry witnessed a growth of 500 million new gamers in the last 3 years? Accenture’s 2021 report indicates that the size of the market now exceeds the combined markets for music and movies by $300 billion. Whether for professional purposes or casual entertainment, everyone’s super hyped about playing games. Gaming offers a unique interactive experience we can share with family and friends. During COVID-19, online gaming was at the centre of our social lives. The cool interactive features helped people around the world deal with stress! However, as fun as new
continue reading