Growing up, we had a lot of kids show to watch.

Some great, some not so great.

One of those "not so great" shows was something called Little Star.

It was an...odd...mix of both animation and terrifying puppets. The opening credits take you through space, where the planets are actually fruit? And a dog? Because that's OBVIOUSLY what happens in space.

Even on IMDB there's limited information on this show.

"The heroes live on "Mimosa", a beautiful well-equipped space station that travels through the galaxy. Little Star is a charming fairy space that follows a cheerful team during their most dangerous missions." 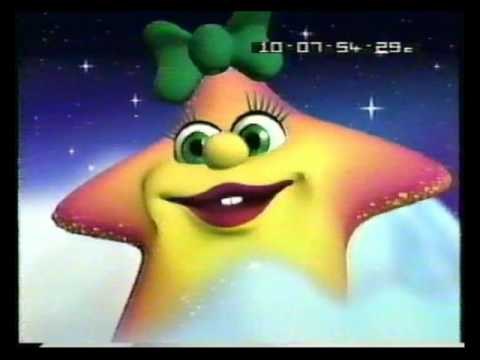 Ignoring the fact that the sentence features terrible grammar, what kind of "dangerous missions" could possible be happening where the Earth is literally a pear?

The show was released in Canada in 1994, and then made its way to Treehouse TV in the US around 1997.

This is the theme song. Anyone I've shown it to either has no memory of it whatsoever, or they remember changing the channel immediately when they heard the credits.

So what about you? Do you remember watching Little Star? Let us know!