About a year ago, Sky Arts announced that Joseph Fiennes (a white man) would be playing Michael Jackson (a black man) in a new series called Urban Myths.

People were legitimately upset, understandably confused how a white man would be taking on this role. But Fiennes, who is a well-credited actor, didn't see any issues with a white man playing the role.

"[Jackson] definitely had an issue – a pigmentation issue – and that's something I do believe," he told Entertainment Tonight. "He was probably closer to my color than his original color."

But Fiennes did acknowledge that it wasn't an easy decision.

"The decision with the casting and the producers — I wrangled with it, I was confused and shocked at what might come my way, and I knew the sensitivity, especially to Michael's fans and to Michael's family," he said. "This is quite right, why people are up in arms. I'm a full believer in making the playing field fair. When it is fair, we can have a conversation about this project and it wouldn't cause outrage." 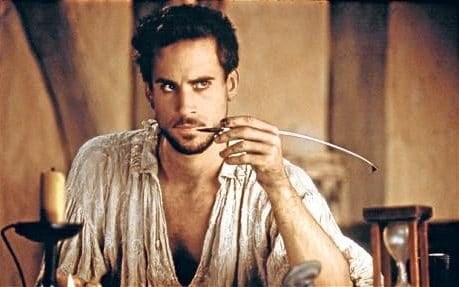 Joseph Fiennes, in "Shakespeare in Love"

Honestly, I think most people forgot this was a thing that was happening. Until today, that is. 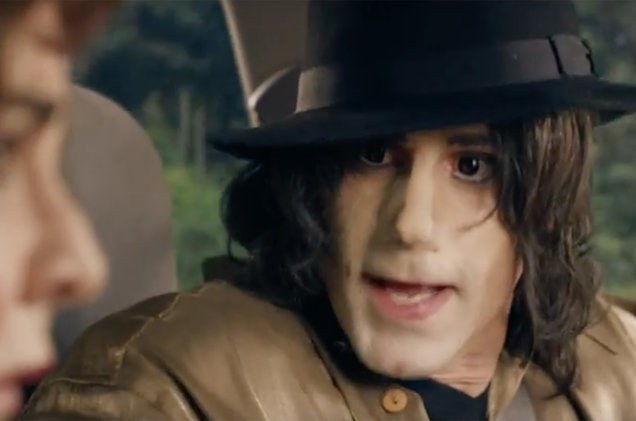 I don't think I've seen a positive reaction as of yet to these new images. But many people aren't even mad. They're just over it.

Okay? But why does Joseph Fiennes as MJ look like the scarecrow you'd find at the edge of a pumpkin patch!?  pic.twitter.com/OxFjP5SZQs

Me after I saw Joseph Fiennes as Michael Jackson pic.twitter.com/YuqgCXT0CI