There was nothing particularly different about the December 19, 1985 episode of The Tonight Show with Johnny Carson, that is, until David Tolley raised his hand.

When it was time for the next act, Johnny explained to the audience that classical pianist, Horatio Gutierrez wouldn't be playing for them that night. He had closed a car door on his hand by accident, and he didn't want to risk more injury by playing the piano. Since they were in a tight spot, Johnny thought he'd try something different.

Dressed in jeans, a Nike t-shirt and a pair of flip flops, he stunned Johnny and the audience with Memory from Cats the musical. As his fingers glided over the keys in perfect timing, he hammed it up for the audience and the camera. 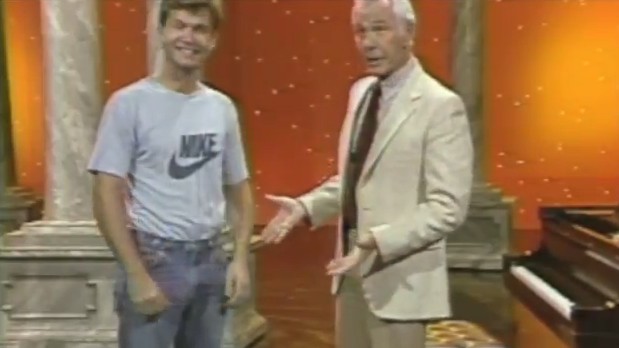 The next day, his phone rang off the hook with calls from people who wanted to hear him perform. He returned to play for the Tonight Show and from that day forward, David played on cruise ships and even acted in movies. Do you remember these performances?

By Emma C 17 days ago
Today, mobile and browser games are extremely popular. More and more players are turning to casino games because they have the same quality, as those available in desktop version at new online casino sites. Whether you like slots, poker or roulette, check out our selection of casino and gambling-themed songs, and make yourself a lively and rhythmic playlist!1. Waking Up In Vegas - Katy Perry (2009)In this 2009 pop hit called "Waking Up In Vegas", Katy Perry sings about the hypnotic scale of Las Vegas and the thrill of hitting the jackpot. It can only end one way
continue reading

By Emma C 9 months ago
Are you up for some Saturday Night Fever? - Well, that's a seventies’ movie. But how about calling your friends and organizing an '80s-inspired Saturday movie night? It can be as equally fun as going out. And here's the list of movies you could watch. Working Girl (1988)Working Girl is a romantic comedy starring Melanie Griffith. Harrison Ford, and Sigourney Weaver. Mike Nichols was in charge of directing while Kevin Wade worked on a script. The story follows a young and ambitious woman paving her way in the corporate world. In parallel with her nine-to-five job as a secretary,
continue reading