When you say Batman, a lot of people think Christain Bale,  Michael Keaton or now Ben Affleck. For me, it has always been and will always be Adam West. The campy 1966 series was a staple in my home, watching all the reruns on TV with pure delight. It was just within the last few years that the series was released onto DVD so we could return to Gotham and enjoy the completely wonderful and absolutely goofy show that made Adam West the star he is. The show and movie they made were filled with silly innuendos, goofy filming tricks and many guest stars.

Here are a just a few of our favorite moments of Adam West portraying his most well known character to help celebrate the actors 88th birthday this month.

That time Batman got served with a lawsuit because he didn't figure out the riddle.

Maybe if you had figured out that riddle you wouldn't need to worry about those legal fees Batman.

That time Batman was a better dancer than you.

If he didn't want to attract attention maybe he shouldn't go into a bar dressed like a giant bat. Also, Batman you should probably not accept drinks from people who are obviously in cahoots with your villains.

That time Batman met every famous person while climbing their windows.

The best part was that you could see the strings holding their capes up.

It seemed like all the ladies loved Batman, but he always had a special place in his heart for Catwoman.

That time Batman carried a letter opener in his utility belt and no one mentions it.

How would you solve riddles on the go if you didn't have a letter opener handy!

That time Batman was attacked by a shark

Luckily Batman's helicopter was equipped with shark repellent otherwise who knows what would have happened! Good thing he didn't rip his tights on that sharks teeth. Did you know that sharks make explosion sounds when they land in water?

That time Batman was the only one that Gotham trusted to fight crime.

Alfred should have worked on his whisper voice though. You would have thought after all that time they would have come up with a code name so they wouldn't have to say "Bat-Phone" in front of Mrs. Cooper.

That time Batman taught Robin all about motorist safety.

Batman is a big advocate for brushing twice a day!

That time Batman laughed at his own puns... sort of.

Do you think he carried those in his utility belt? 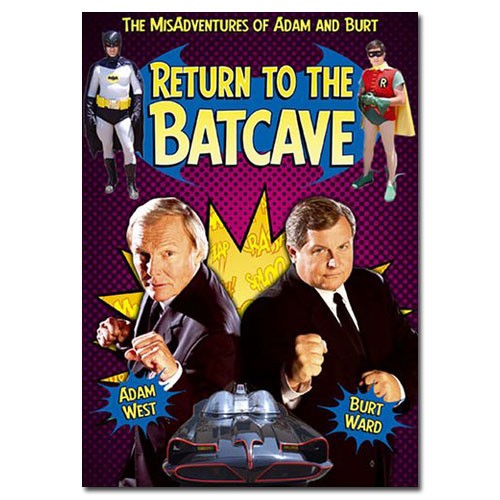 In a made for TV movie that I highly recommend to any Batman fan, Adam West, Burt Ward and a few villains all return in a fun look back at the making of the original series and movie. They give you some behind the scenes details through a ridiculous adventure that is hilarious.

And of course, that time Batman ran around with a bomb.

The worlds slowest to explode bomb ever. Good guy though, won't even throw it in the water with the ducks!

Which Batman moment is your favorite? Like and Share if you have any other moments from the classic Batman series that you love.

By Emma C 13 days ago
In 2023, you'll be able to play casino slot games for real money at many online casinos. There are a variety of different kinds of slots, from classic 3-reel slots to 5-reel video slots with bonus rounds. You can also find progressive jackpot slots, which give you the chance to win big prizes. With so many choices, it's easy to find a game that you'll enjoy playing. But with so many options available, how do you know which game is right for you? Here's a quick guide to help you choose the right casino slot game for your next gambling
continue reading