Julia Louis-Dreyfus may never escape the wonderful, iconic monster that was Elaine on Seinfeld and it's hard to imagine anyone else pulling off her signature dance moves; but, since the show ended in 1998, Julia has gone on to prove her mettle and versatility as an actor.

At the 2016 Emmy Awards, she won her sixth award for lead actress in a comedy series for her role in Veep and her eighth Emmy overall.

Not only is she a wonderful physical comedian, but her timing is always on point:

Her dance moves were pretty bangin'

She made the BEST facial expressions...

In  Veep, she's a triple threat!

Not as spastic as Elaine, but you can tell she's still in there...

And, after all this time, she's still got the moves!

Happy Birthday Julia! You're still queen of the castle! 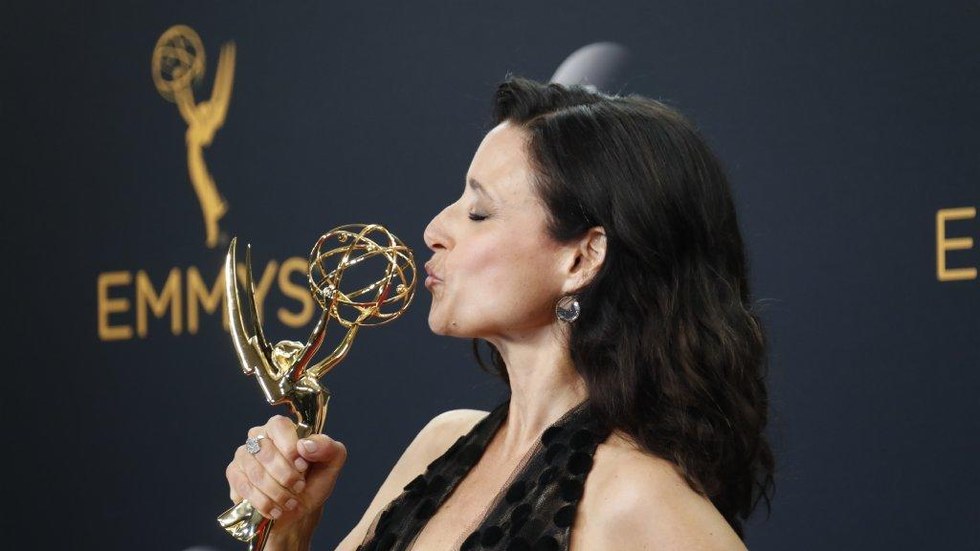