It takes a lot to make going to school seem cool, but watching the adventures of Zack and his friends on Saturday mornings made every kid want to transfer to Bayside High. But we had a lot of burning questions too.

How come our school never has any ATV races? How come I don't have a robot butler like Screech does? Why can't I stop time by saying "Freeze"?

We can't answer all of these questions, but we can share some behind-the-scenes facts about life at Bayside that even Saved By The Bell superfans might not know. Don't worry if you didn't do your homework, this isn't a pop quiz, but feel free to brag if you knew even one of these facts before you read the article.

1. The Show Wasn't Always About Students

Zack and the other Bayside students originally appeared on a show called Good Morning Miss Bliss, about a teacher played by Hayley Mills, star of The Parent Trap. While the show only lasted one season, Miss Bliss's students got their own spin-off show, and the rest is history.

2. The Cast Members Weren't All The Same Age

Most of the cast was 15 when Saved By The Bell started, but Elizabeth Berkley (who played Jessie) was 17, and Dustin Diamond - aka Screech - was only 12. The show's producers didn't realize he was that young, and said he wouldn't have cast him if they knew.

4. The Show Was Even Bigger Than You Remember

After Saved had been on for just a month, NBC did a national survey and found that 50% of teenage girls said they were watching it. The show regularly got more viewers on Saturday mornings than The Cosby Show  did in prime time. Speaking of which...

When they realized what a hit they had on their hands, NBC took their Saturday morning cartoons off the air. Instead, they aired a special episode of Today, followed by Saved and other live action shows, like California Dreams.  Cartoons are still alive and kicking, but Saved's success proved kids would watch live action shows.

Zack's rivalry with transfer student AC Slater was a big part of the show's first season, but they gradually became friends. This is because the actors who played them, Mark-Paul Gosselar and Mario Lopez, were best buds in real life. The show's writers took advantage of their genuine chemistry.

7. The Bayside Set Has Been Recycled A Lot

All high schools look the same, right? Apparently Hollywood producers think so, because Bayside's classrooms and hallways have been reused for shows like iCarly and That's So Raven. 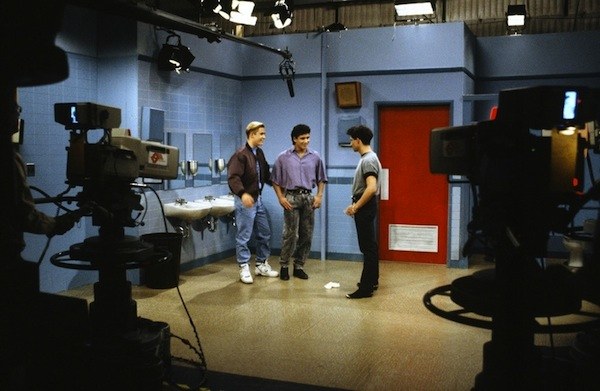 It's hard to imagine anyone but Tiffani Thiessen as Kelly, but the role almost went to the then-unknown Angelina Jolie. Family Matters star Jaleel White also auditioned for a role on the show. Just imagine if Urkel went to Bayside!

Producers ar NBC weren't sure if Saved By The Bell was copyrighted, so their original name was "As The Bell Rings." Luckily, we didn't get stuck with that.

10. The Real Romance Was Between Zack And Lisa

While the love triangle between Zack, Kelly and Slater was the center of the show, the sparks were really flying between Zack and Lisa. Mark-Paul Gosselar and Lark Voorhies dated for three years while they filmed the show.

Ask Slater what AC stands for and he'll tell you, "AC." But it was revealed that the initials actually stand for "Albert Clifford." No wonder he tried to hide that.

12. Zack Morris Was a Bottle Blond

Mark-Paul Gosselar had to dye his hair blond while he taped the show, and touch up his roots every few weeks.

We don't know if the Bayside kids were trying to make filming the show really feel like school, or they're just polite, but there were strict rules against swearing on the set. Maybe this was one of Mr. Belding's rules. 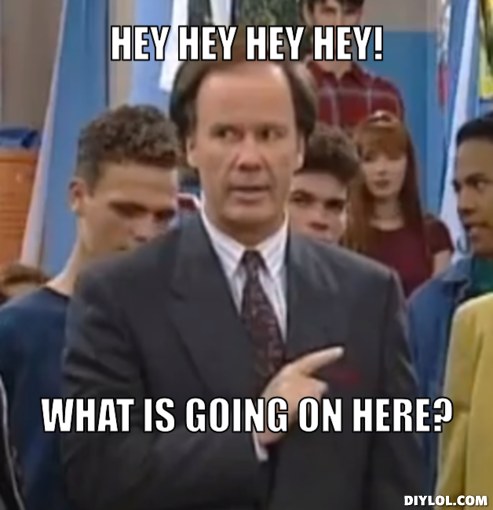 14. Mr. Belding Was Armed And Dangerous

Look closely next time you watch the show, Mr. Belding is more than just a principal. One of the degrees hanging in his office is for "kung fu," so Zack was really brave to mess with him so much.

15. Screech Was Secretly The Show's Star

Saved By The Bell didn't end when the show did. The series carried on through two spin-offs - The College Years and The New Class - and two TV movies. Throughout all of them, Screech was the only character to stick around for all 13 years of the show's run.