You might be thinking, of course I know the best movie from my childhood it was *insert probably decent enough movie here*, but really, the best movie is one that a lot of people forget. We're Back! A Dinosaur's Story might just be the greatest movie ever.

Hear me out, there are a lot of reasons why this movie was fantastic. Here are 7 reasons why.

1. Let's start with the cast of this movie. 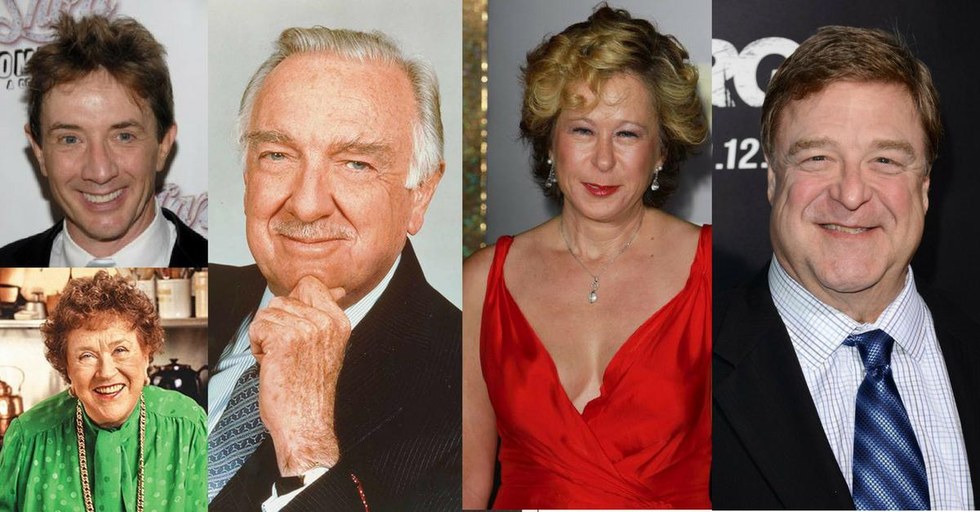 First of all, John Goodman is the main character. That immediately makes any movie better right? He plays Rex, the T-Rex who wants to become friends with a kid. You have Walter Cronkite as "Captain Neweyes". You have Martin Short as a clown named "Stubbs." You have Yeardley Smith A.K.A. Lisa Simpson as Cecila. If you want a weird experience, watch Lisa Simpson's voice but as a more realistic looking human. Julia Childs plays the woman who works at the museum who is clearly terrible at her job. Jay Leno plays an alien,  and Rhea Pearlman play a mother bird. That's a pretty impressive cast!

2. The plot is outrageous - in a good way

Here is a general synopsis to remind you of this amazing movie: Captain Neweyes travels through time with his alien sidekick to give some dinosaurs a cereal that makes them smarter. Then he shows the dinosaurs that he has been reading children's minds and learned they all want to meet a dinosaur, so he brings them forward in time to meet a bunch of kids. He pushes them out of his space ship with parachutes where they land in the river in New York - nearly drowning a young runaway - and then they proceed on their way to find the museum of Natural History. Along the way, they dance their way through a parade, get caught by the captain's brother "Professor Screweyes" (who literally has a screw for an eye for reasons unknown) and tricked into his psychotic circus. This Professor is later eaten by crows. Great plot. Love every moment of it.

3. Best. Villain. Ever (also most ridiculous)

Let's ignore the fact that these brothers' names are completely outrageous, and discuss the Professor's thought process. So he lost his eye in a tragic accident of sorts, not sure at what age, but he apparently went mad because of this. But maybe it's because the doctors shoved a screw into his eye socket instead of a false eye? Maybe the "eyes" family needs to get some better insurance. Also, doesn't he know that children under 18 can't legally sign a contract? You have to get a guardian to sign that piece of paper if you want it to hold up in court Screweyes!

4. Seriously. How old are these kids?

Cecilia falls for Louie real fast - Especially given his less-than-desirable personality. He seems kind of like he is stuck in the 1920's but before hipsters were really a thing. Also, Cecilia, you were super rich. That was a weird choice you made... Go off with a weird stranger with a dinosaur or stay in your big apartment all alone where you could do whatever you want? Have you not heard of stranger danger?

5. The other dinosaurs are so great

I feel like everyone should aspire to loving something as much as Woog loves hot dogs. Also, who taught these dinosaurs how to drive? That "Brain Gain" cereal was really something, where can I get some?

So this song has been stuck in my head since 1993, how about you? You don't remember it? Let me remind you. I mean, at one point he sings in front of a movie theater playing Jurassic Park. Pure genius.

For those kids who are maybe too young for Jurassic Park, this movie lets them enjoy a dinosaur story that is probably a bit less traumatic. I mean, other than the man getting devoured by crows but let's ignore that for the sake of this point.

How much did you love this movie growing up? If you haven't seen it, you should know it's on Netflix and totally the best choice for any day of the week.