Grown-up 90s kids will remember these awesome list-topping toys for sure.

Let's go back to the time when things were easy and being a kid at Christmas was simply about racing down the stairs to see what Santa brought. Back in the 90s when all you wanted was a Game Boy, the newest Barbie and some Pogs.

Life was simple and our toys were awesome: they had flashing lights, they made sounds and, as technology developed, they even responded to us!

Check out these top-list toys from the 90s! 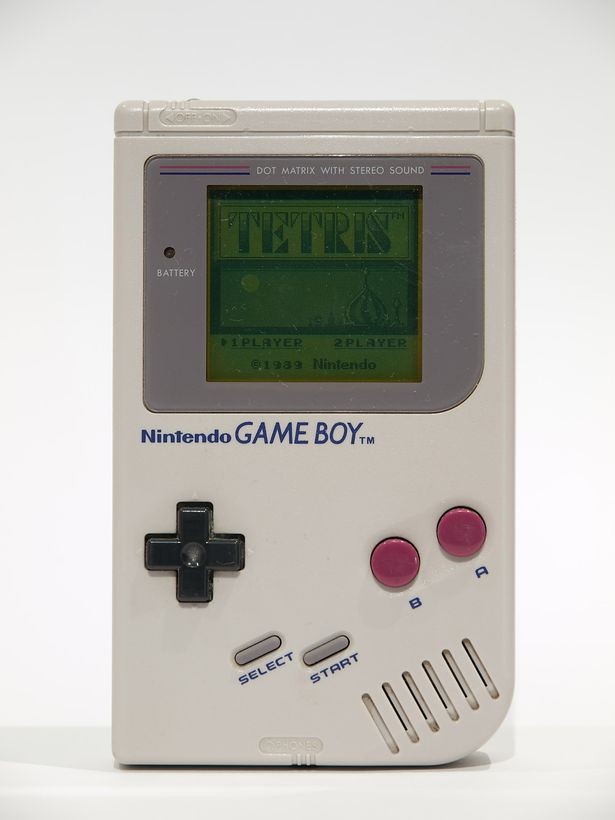 This was the top ticket item on every kid's Christmas list in 1990. If we got no other toys except for The Game Boy, we were happy. But, if we got a whole pile of things and no Game Boy, well, Christmas was ruined. Forever. 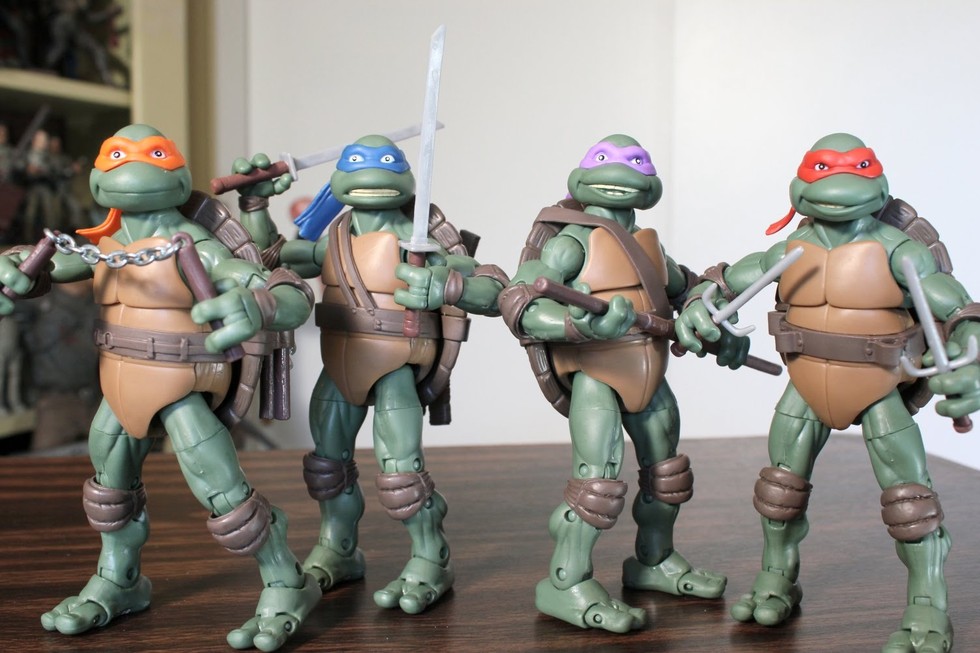 If you were a kid in the 90s, then you've probably remember watching the turtles battle it out on the big screen in New York City. These action figures were on the top of every fan's list! I remember my little brother carried these guys everywhere with him!

He even dropped one down the sewer, thinking for sure that his turtle would jump back up. He was pretty heartbroken when he realized that Raphael wouldn't be coming back. Thankfully, Dad brought home another one the next day. 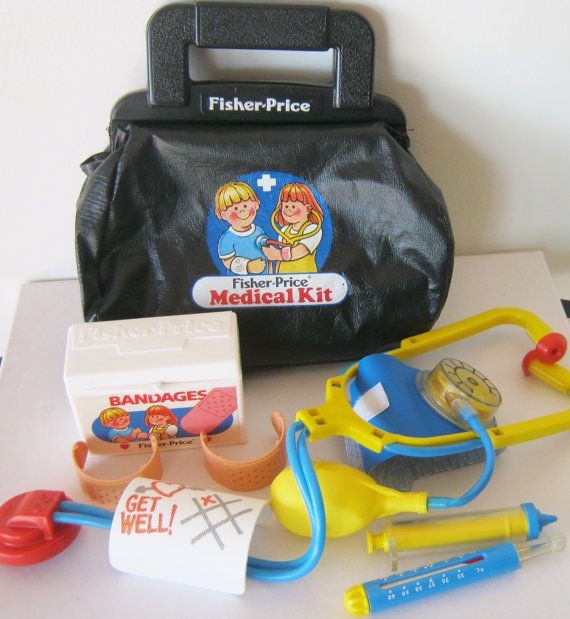 If you were a little young for a Game Boy, you probably got this Doctor's kit. I got one of these and totally remember putting the cast and the band aids on my teddies. 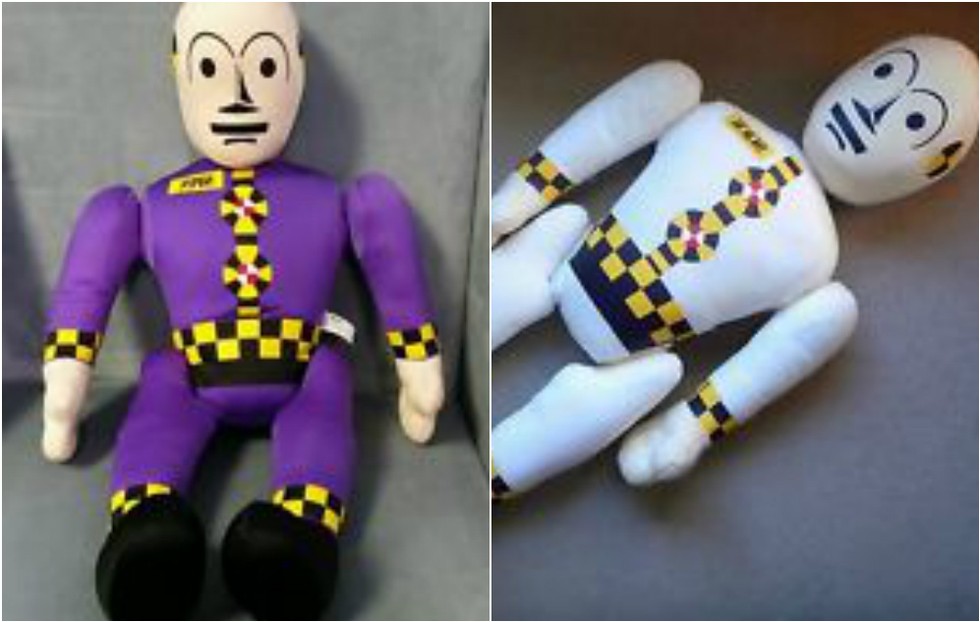 My brothers loved these dummies! They would run at each other full-force holding a dummy in front of them and then crash into each other. The arms and legs would go flying, their heads would pop off and my brothers would land in a giggling heap on the floor. 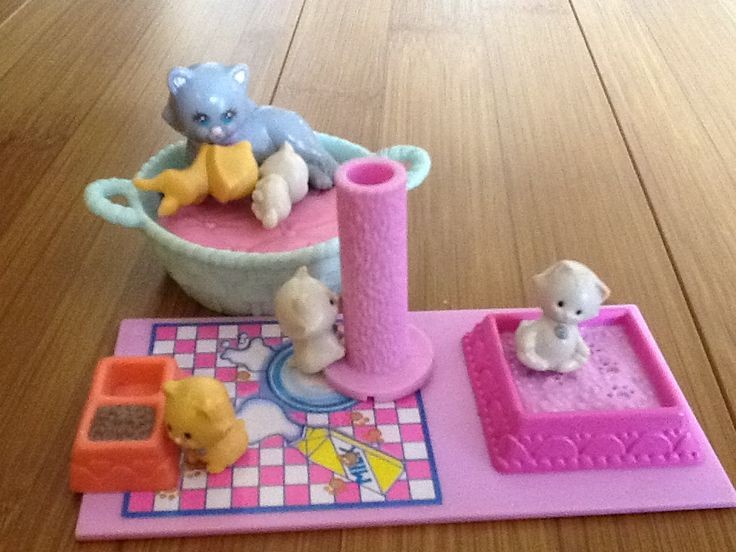 These were just too adorable! Remember how the kittens had little magnets in their heads? They would stick to the mama cat's tummy, their food dish and the scratching pole. 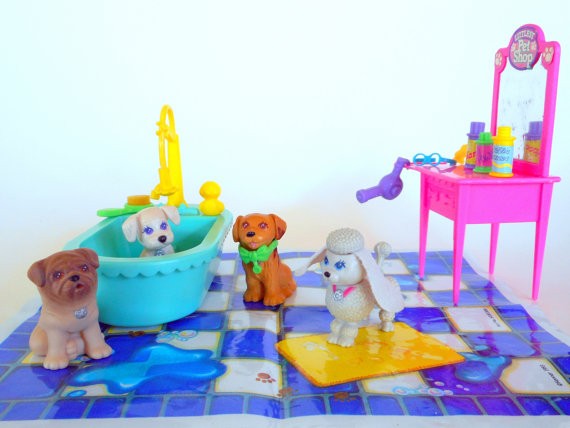 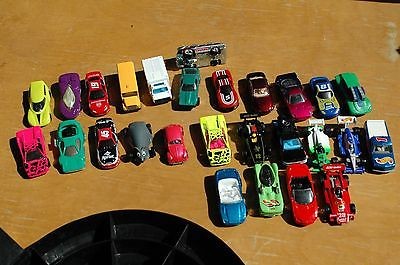 Collecting tiny toys was a super popular trend in the 90s - from cars to pets, the smaller, the better! Some of these awesome hot wheels racers had wind-up wheels. You just pulled the car backwards along the floor and when you let go, they'd zip down the hall.

I can't begin to count the number of races we had to see how far our cars could zip into the next room! 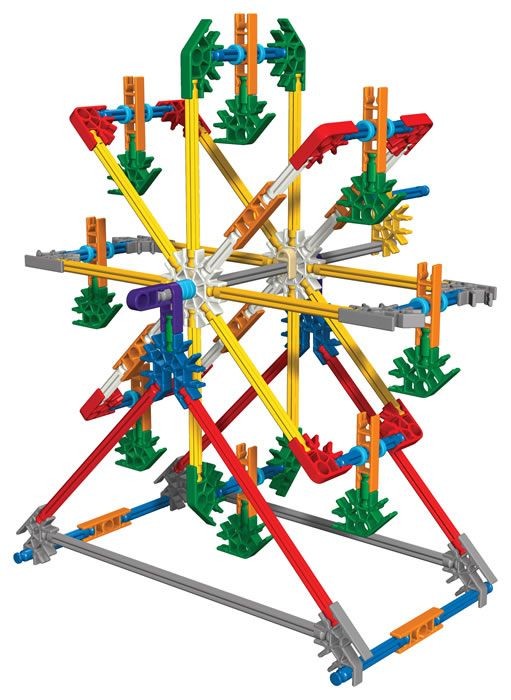 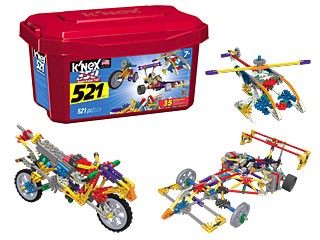 This was like the next best thing to Lego. With K'Nex we built all kinds of moving machines from cars to planes, trains and roller coasters. Sure, there were instructions, but with a big box of K'Nex, we could build whatever our imaginations desired!

These things were pretty much the COOLEST thing any girl could have in '94. It was the precursor to our later tech-obsessive adulthood. If you had one of these, you definitely didn't use it to keep track of your homework assignments. You probably planned your outfit based on it's daily horoscope predictions.

Somewhat like the Cabbage Patch Doll insanity of the '80s, every kid and many adults HAD to have a Beanie Baby. The first generation were sold in 1993, but didn't get much attention. They included :  Legs the Frog, Squealer the Pig, Spot the Dog, Flash the Dolphin, Splash the Whale, Chocolate the Moose, Patti the Platypus, Brownie the Bear and Pinchers the Lobster.

It wasn't until 1995 that the craze really struck North America and it seemed like everyone was a collector! 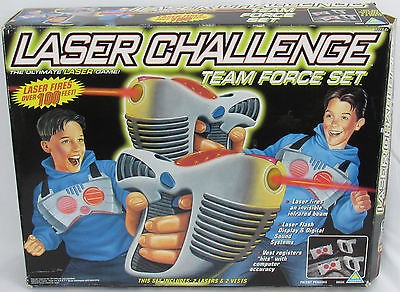 This game was at the top of a lot of kids' lists in '96 and parents were actually willing to buy it. We all loved laser tag, so having your very own game was awesome! The best part (for parents) was we could shoot our friends without actually hurting them! 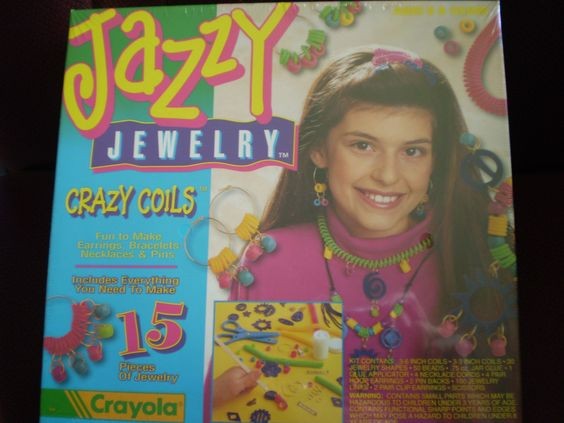 Although this kit came out in 1993, it was still in production well into '96. 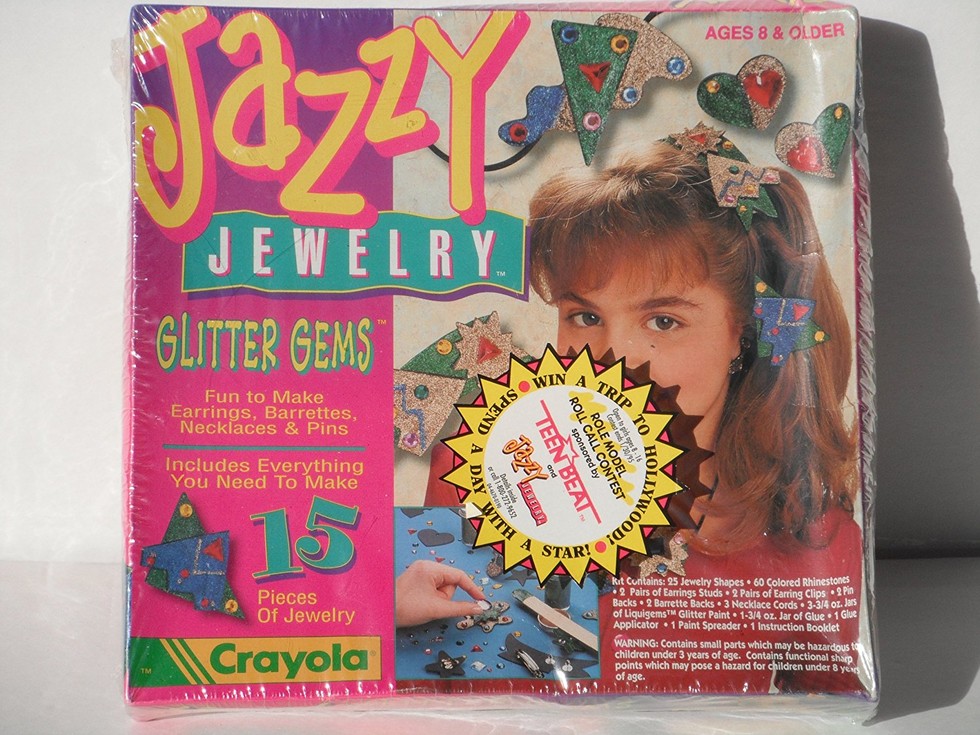 Kids were crafty in the 90s, so if our moms gave us some glitter and glue, we'd probably give them the tackiest necklace on earth and a giant mess to clean up. Our moms cherished the necklace, but hated the mess. Those days of the macaroni necklace are long gone, but I can still smell the glitter paint. 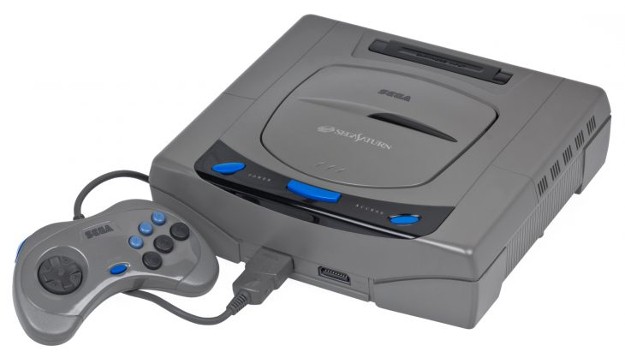 If you were actually born in the 80s, then you were old enough to want a Sega Saturn. This system played games on CDs and hooked into your Dad's stereo system.  It wasn't Nintendo, but it was pretty impressive. If you got one of these, every kid in the neighborhood was knocking on your front door to try it out. 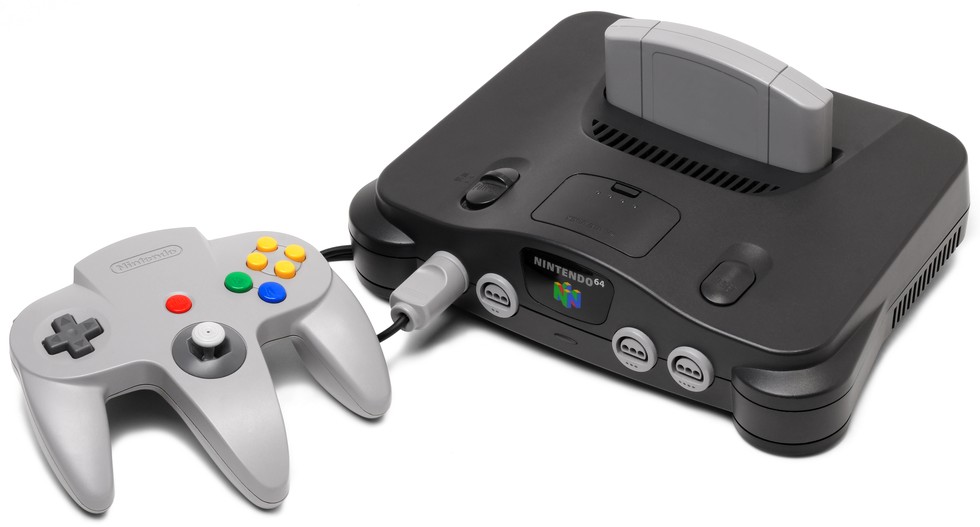 Purists still believe that this controller is the best ever made, complete with full-function joystick. If you weren't a gamer before, you quickly became one. Every North American parent quickly regretted the decision to buy one for us - there was a national campaign to detach us from indoor games and send us outside!

Game Boy stayed relevant by doing what Apple's iMac G3 did : they tasted the rainbow.

The handheld game system got smaller, sleeker and cooler with electric colors, better graphics and sound quality. We all wanted one.

Pokemon fever was high in '98. Before there was Pokemon Go, we raised and trained over 75 monsters on our Game Boys. To collect them all, we asked "Santa" for the Yello, Red AND Blue versions of the game.

The monster craze was strong this year and when Tamagotchis became available, we pretty much lost our minds and our GPAs. Teachers had to ban them from the class just to get us to focus on the work. I remember one of my teachers would keep them in her drawer until the class ended - many Tamagotchis died on her watch.

If you didn't have a Tamagotchi, you probably had another version that did the same thing: 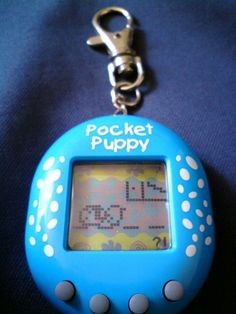 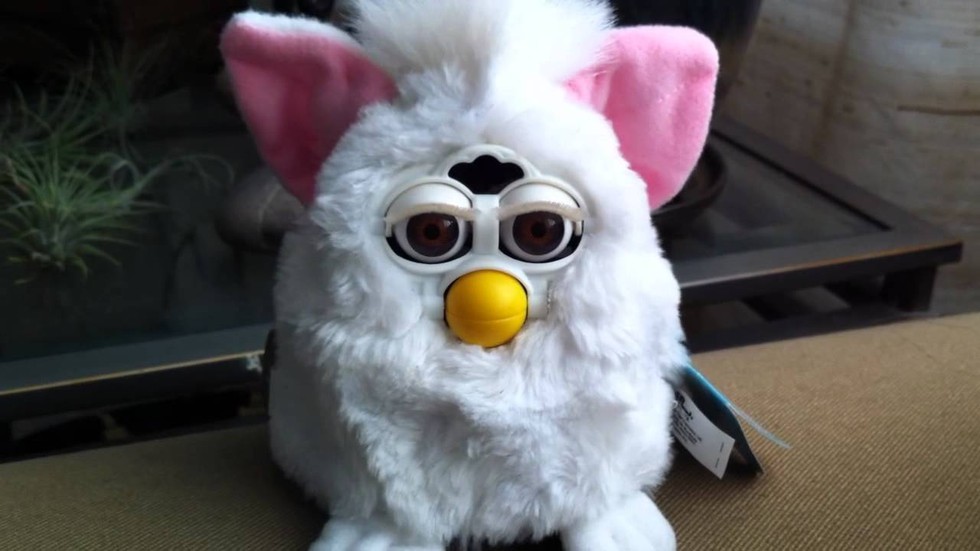 These creepy little machines blink at and talk to you. They were programmed to begin talking in their own language (Furbish) and then develop English language skills over time. These were the smaller version of the original Furby that sold over 27 million toys the year before. 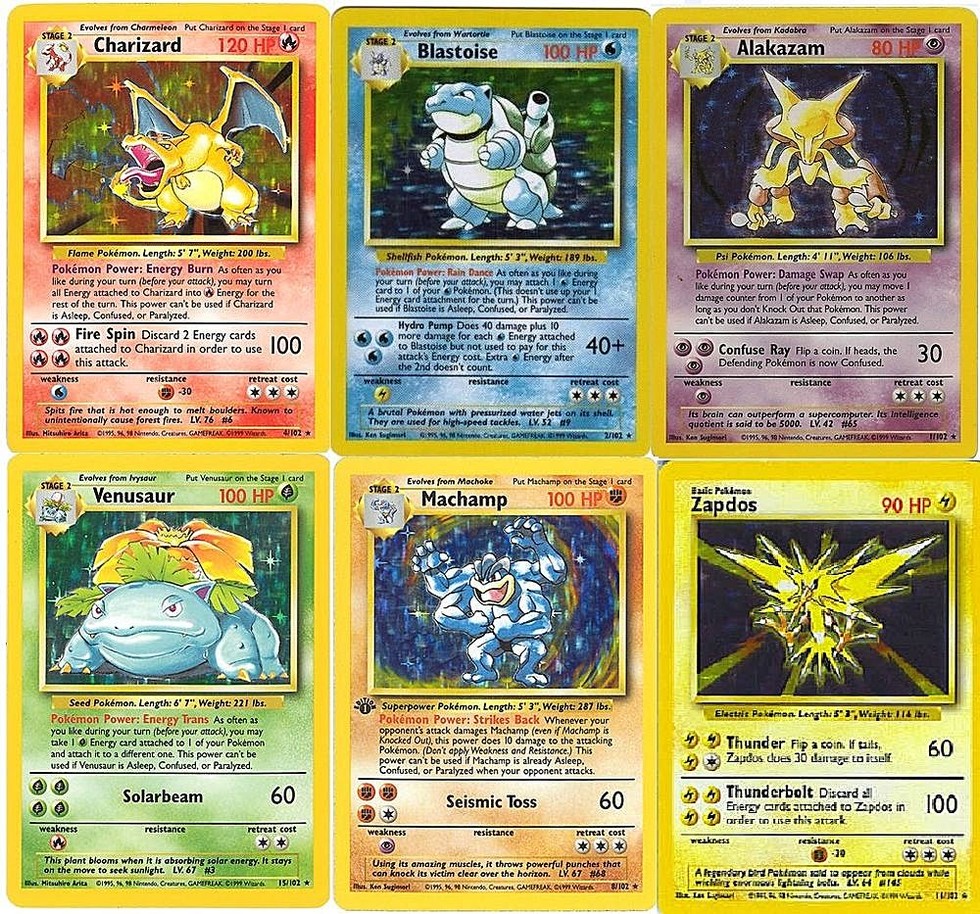 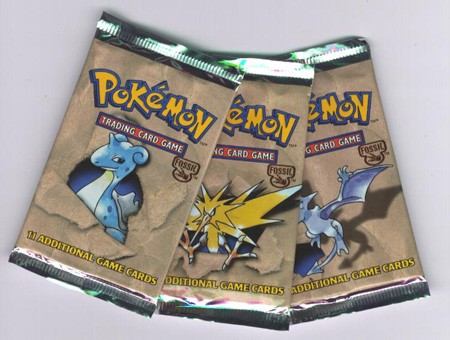 Pokemon was still the most talked about toy among 90s kids, even if the decade was in it's final year. Many of us were entering into high school, but that didn't stop us from keeping up with the trend.

Pokemon playing cards was a big pass time for a lot of kids and our lunch tables were often covered with these!

Did you get any of these for Christmas? Let us know in the comments below, don't forget to Like & Share!