Stan Lee is a comic book legend who has created so many of your favorite heroes that even decades later, he is still perhaps the biggest name in the comic world. He just turned 94 years old and deserves all the celebrations possible!

He is who you can thank for so many of your favorite Marvel comic book characters. Fantastic Four, Iron Man, X-Men, Hulk, Thor, and Spider-Man are just some of the iconic characters he created. You may also recognize Stan Lee from all your favorite Marvel movies, having appeared in every last one of them. Did you know there was a big conspiracy over his little cameos?

Ever since he started popping up in all of the Marvel productions, people began to wonder if there was a point. Normally Marvel movies are notoriously careful and pre-planned so anything that makes an appearance would make sense in future films. So what did that mean for Stan Lee's cameos? He was a different character in each film, none of which connecting to the others.

Well, the most popular theory is that Stan Lee actually plays a pretty significant Marvel character who is named: The Watcher. 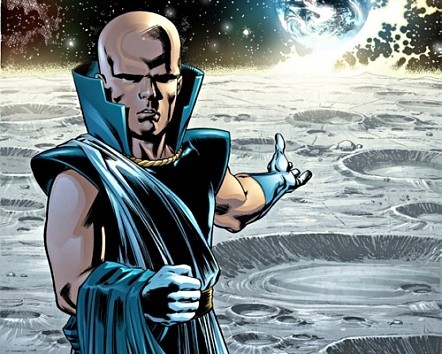 The Watcher is a character created by Stan Lee and Jack Kirby in the 60s who was the oldest living being in the Marvel Universe. His job is to record everything that happens all over Earth but is not allowed to interfere.

So if Stan Lee is the Watcher, that would explain how he has been in the 1940s with Captain America, at a red carpet with Tony Stark, and also on a distant planet with Star Lord. He has a lot of Earthlings to keep an eye on!

If you need more convincing, watch this fake trailer for a movie version of The Watcher. I would totally go see this movie!

So, whether or not you are The Watcher, we wish you the happiest of birthdays Stan Lee!

By Emma C a month ago
Are you up for some Saturday Night Fever? - Well, that's a seventies’ movie. But how about calling your friends and organizing an '80s-inspired Saturday movie night? It can be as equally fun as going out. And here's the list of movies you could watch. Working Girl (1988)Working Girl is a romantic comedy starring Melanie Griffith. Harrison Ford, and Sigourney Weaver. Mike Nichols was in charge of directing while Kevin Wade worked on a script. The story follows a young and ambitious woman paving her way in the corporate world. In parallel with her nine-to-five job as a secretary,
continue reading

4 Retro Wedding Trends That Are Hitting It Off in 2021

By Emma C a month ago
For good luck at your wedding, it's common practice for brides to have something old, something new, something borrowed, and something blue. With these throwback wedding trends making a comeback in 2021, many brides won't have to worry about finding that something "old." If you've been looking for vintage or retro fun for your wedding or you're simply excited for some of your favorite trends to make a comeback, here are some of the most popular retro wedding trends of 2021.Flower Crowns and HeadpiecesDuring the 1970s and late 2000s, flower crowns were all the rage. Now, they're making a
continue reading

Retro-tastic: The Most Iconic 90s Accessories

By Emma C a month ago
For those of us that lived through this decade, it’s hard to believe that the 90s were thirty years ago. This was the era of Brit Pop, the Spice Girls, the ‘Rachel’ haircut and a few memorable fashions - plus some that we’d rather forget.  We take a look below at a selection of the most iconic accessories of the decade.Choker NecklacesFor women, the choker was one of the essential components of a stylish look in the 1990s. Worn with jeans and a T-shirt in the daytime, or with a bodycon dress and platform trainers at
continue reading

By Emma C 2 months ago
The Roaring TwentiesEver considered what it was like to be alive during the roaring twenties? The Roaring Twenties, more commonly known as the 1920s, were a decade of contrasts. The First World War had ended in victory, and peace and wealth had returned with it. The battles had proven to be quite profitable for some. During the war, manufacturers and providers of items for the war effort profited and became extremely wealthy, indeed life had never been better for the aristocracy and wealthy classes. In the cities, nightclubs, jazz clubs, cocktail bars and casino themed entertainment thrived. For some, the
continue reading