BECAUSE THERE IS A MAGIC SCHOOL BUS REBOOT HAPPENING!

The Magic School Bus was one of the highest rated children's shows to ever air on PBS. And now, we get to experience it all over again.

Of course, as times change, so will the show. Instead of the standard cartoon animation the show will be computer generated with a top-of-the-line school bus fitted with a ton of cool gadgets so that kids today will relate to it more. Miss Frizzle's hair will still be red and wild which frankly is all that matters. 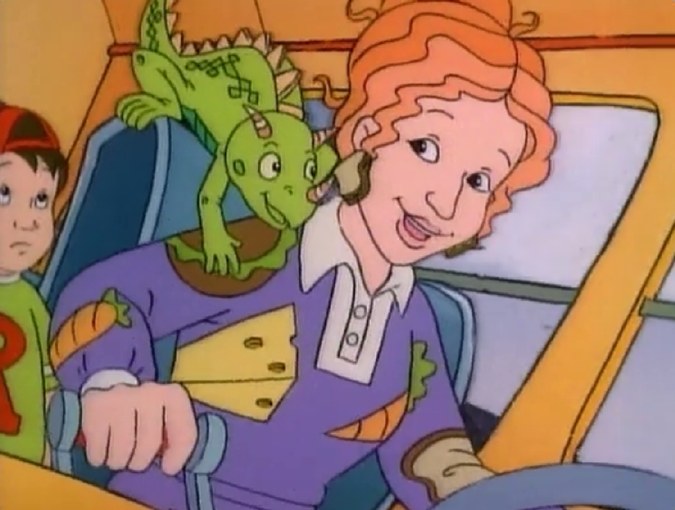 The reboot is being produced by Stu Stone, the guy who voiced Ralphie in the original series! He claims a lot of original cast members have signed on to the project.

"There are tons of cameos planned. I know that there are big stars who want to be involved in this," he told TMZ. "And there's a whole generation of people who grew up on this series that want to be a part of it now that it's back."

The Netflix premiere date is still TBD, but that doesn't mean I'm not incredibly excited! Plus, you can always watch the old episodes currently on Netflix if you feel like getting baked into a pie, or something.

By Emma C 6 months ago
More than ever, people are looking to buy used cars to help them save money on one of the biggest regular expenses for the average family. In fact, used vehicles sales have been on the rise for seven consecutive years. However, not everyone buys used vehicles just to save money; some do it for the look and feel of a classic vehicle, or to recreate one of their favorites from the big screen. Plenty of people have restored their classic cars to look like the DeLorean of "Back to the Future," the Dodge Charger of "Dukes of Hazard," and many
continue reading

By Zachary a year ago
Since Toys 'R' Us filed for bankruptcy last September, Toys 'R' Us Kids of all ages have been anxiously following the struggling chains ups and downs.Last month, we shared the surprising news that investors planned to reopen the iconic toy store as a pop-up chain just in time for Christmas.Now, we know more about where these pop-up stores will be, including almost 600 locations in 30 states.Home For The HolidaysGeoffrey the Giraffe is the face of the new Geoffrey's Toy Box chain.KrogerOn Friday, Kroger, the country's largest supermarket chain, announced they would be opening
continue reading