Looks like 2016's nostalgia spiral is only picking up steam with every passing week. In the wake of Nintendo's announcement that they're bringing back the NES with 30 pre-loaded games, it has been announced that the Sega Genesis will also be making a triumphant return in a fun-sized form with the Mega Drive Classic. 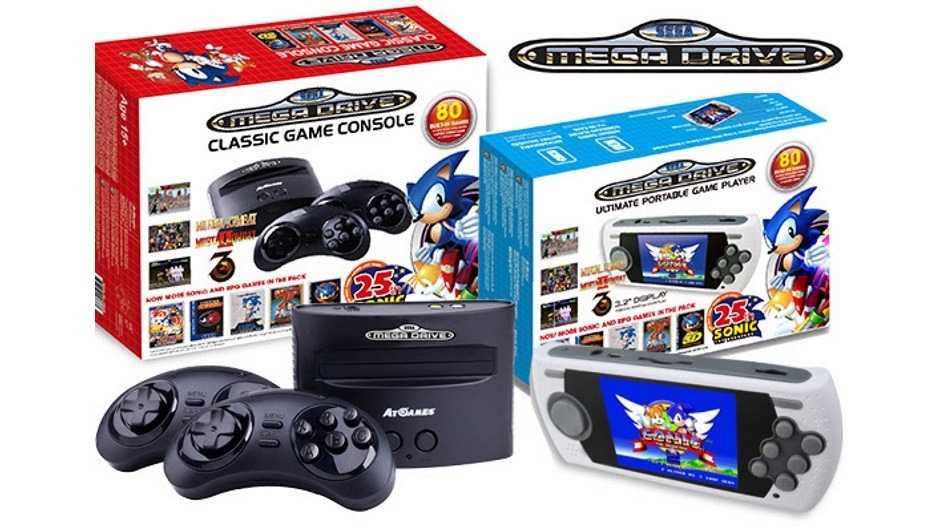 The Mega Drive will be available in two versions: a portable handheld version, and a traditional home console version, both of which will reportedly retail for the same price (£49.99 in the UK). While the NES Classic Mini has 30 pre-loaded games, the Mega Drive will have over double that number, a mind-blowing 80 games.

Even better, unlike the Classic Mini, the Mega Drive will also have a cartridge slot, so even if your favorite Genesis games don't come with the console, you'll still be able to play them anyway. It will also have an SD slot, which will enable players to add even more games should they so choose. However, it's not all sunshine and roses...

Unlike the NES Classic Mini, the Mega Drive will not use an HDMI connection, but instead have the old-school AV cables. As well, the console itself isn't technically made by Sega, but by AtGames, a company that has produced officially-licensed Sega emulators for a number of years now. The Mega Drive is being released to coincide with the 25th anniversary of Sonic The Hedgehog.

While it may not be a Nintendo-killer, the Mega Drive still looks like its going to be tons of nostalgic fun. Among the 80 pre-loaded games are plenty of classic gems worth revisiting, like Sonic the Hedgehog, Sonic the Hedgehog II, and Sonic and Knuckles. 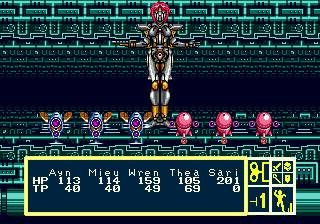 The 80 pre-loaded games will also include some bonus Sega Arcade and Puzzle games, like Snake, Chess, and more.

While there's no word yet on a U.S. release date (or price), it's slated to be released in Europe this October, so hopefully we'll see it state-side in time for Christmas. Now let's all flashback to the early 90s with this iconic ad for the original Genesis system.