If you grew up in the 80s you probably owned this devious little puzzle. With just six different colored sides, but 43 quintillion possibilities (that's 43 followed by 18 zeroes), the Rubik's Cube tortured a generation of children and adults with its surprising complexity.

They say the average person can manage to solve two sides just through trial and error, but to complete the puzzle you have to memorize a long list of very precise steps.

"Speedcubers," who spend hours practicing their technique, share videos online to compare their best times. As you can see in this video by stewartps, this isn't kids' stuff anymore.

The Rubik's cube was originally created by Hungarian architect Ernő Rubik, to help teach his students about 3D objects. He didn't realize it was a great puzzle until he accidentally scrambled the cube himself!

When the Rubiks cube was released in America in the 1980s it became a cultural phenomenon. At the height of the "cube craze" in 1981, the puzzle was appearing on magazine covers, and 3 of the top selling books in the country were about solving the cube. That includes the bestseller for 1981, The Simple Solution to Rubik's Cube.

The cube was so popular, a cartoon starring the puzzle even premiered on ABC. 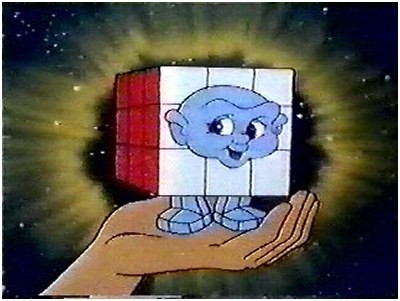 Amazingly, as fast as stewartps was, he doesn't even come close to the world record. Just a few days ago, Australian speedcuber Feliks Zemdegs set a new world record, solving his cube in only 4.73 seconds!

For speedcubers who feel like adding an extra challenge to this frustrating game, there are all sorts of other wacky records. The world record for solving the cube using your feet is 20 seconds, and the record for solving the cube blindfolded is 21 seconds. A robot specially designed to solve the puzzle did it in just 0.88 seconds - try to top that!

Were you able to solve the cube?

By Emma C 2 months ago
The classic car has much more charm than modern mass-produced vehicles. Retro cars are not just a means of transport, they differ in many ways, which makes them special and allows owners not only to stand out from the crowd but also to show their character and individuality. However, the purchase of an oldtimer has several distinctive features: the nuances of selection, specific requirements for operation, maintenance, and insurance, etc. All this requires specific knowledge. Besides, you are still choosing a used vehicle. Thus, you will undeniably need DMV history data to be obtained after you carry out a VIN
continue reading