The actress who once played the youngest of the Brady Sisters, Susan Olsen, has been fired from her radio show after getting into an argument with an actor.

The child star had a radio show on LA Talk Radio and has caused controversy after she got into a Facebook fight with an openly gay actor who appeared on her show. Leon Acord-Whiting was on her show "Two Chicks Talkin' Politics" and made a remark about Olsen's support of Trump.

After he appeared on the show, he was discussing that it was "irresponsible" to give her a radio show because "she can spew her idiotic lies unchecked" and she did not respond to it well. She sent Acord-Whiting a private message which he later published. 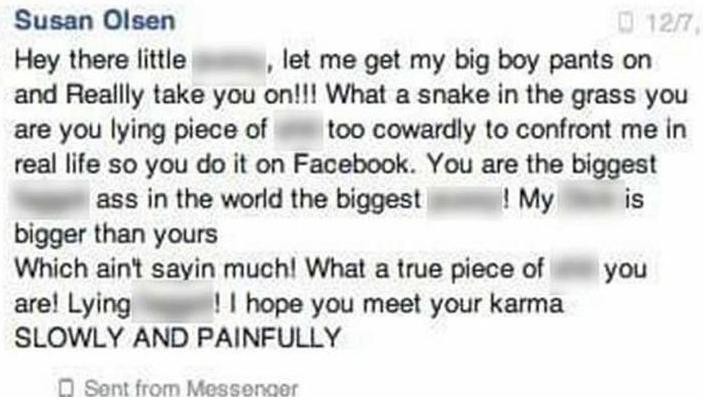 LA Talk Radio has severed ties with Olsen following the incident, with a statement to their Facebook page saying they will not tolerate hateful speech on their station.

No matter who you side with politically, there is no reason to speak hatefully towards another human being. Do you agree with LA Talk Radio's decision to remove her program from their station?

By Emma C 4 days ago
Gone are the days when internet casinos and people saw gambling sites as a massive rip-off. With the advancement in internet speed and security with each passing day, it would be very unfortunate or foolish to still end up at a shady online gambling site nowadays. With just a little investigation, you can find a reputable online gambling site that is registered with the regulatory authorities that oversee the industry today. There are countless places with games like poker, blackjack, slots, and many others. Now let’s discuss some of the most important aspects of the history of online casinos,
continue reading

Casinos Before and After the Internet

By Emma C 25 days ago
As one of the most significant innovations in human history, the Internet transformed almost every segment of our lives in the recent past, and the thriving gambling industry is not lagging behind.Modern technologies have brought massive changes to the industry, and the way people gamble nowadays. This overview will help you understand how casinos worked before and after the Internet.Casinos Before the InternetLand-based betting venues have existed for centuries. Let’s go over the exciting and colorful history of their development:How It All StartedThe oldest venue in the world is the Casinó di Venezia, located in Venice,
continue reading

The retro games that are making a comeback

By Emma C a month ago
If you were born in a certain era, you would have grown up with just a handful of different video games or arcade games to be played, often only at arcades or specialty bars. In the intervening years, video games have developed to the point that now gamers can play massively multiplayer online games such as Fortnite on their mobile devices. New video games feature nuanced plot points, character development, detailed graphics, finessed gameplay, and specialty features – so it might be surprising that a number of retro arcade games are becoming increasingly popular. Although the likes of Snake and Pong
continue reading

By Emma C 3 months ago
Are you up for some Saturday Night Fever? - Well, that's a seventies’ movie. But how about calling your friends and organizing an '80s-inspired Saturday movie night? It can be as equally fun as going out. And here's the list of movies you could watch. Working Girl (1988)Working Girl is a romantic comedy starring Melanie Griffith. Harrison Ford, and Sigourney Weaver. Mike Nichols was in charge of directing while Kevin Wade worked on a script. The story follows a young and ambitious woman paving her way in the corporate world. In parallel with her nine-to-five job as a secretary,
continue reading