If you were a gamer in the 80's, you probably had a Nintendo or an Atari system complete with a box full of your favorite video games. Your friends likely came over after school to take turns at the controls as you defeated each level or, got laughed at for missing that last jump.

Maybe you didn't have your own at-home system, but spent hours at the arcade after school busting your friend's best score! No matter how you played, you loved these neon graphics and increasingly complicated game play.

Relive those golden gaming days in 10 years of classics. See how many you recognize - maybe you've even beat one of them!

It was instantly successful upon it's release and became an instant classic. It was an icon of the 1980's pop culture and became one of the most famous arcade games of all time. 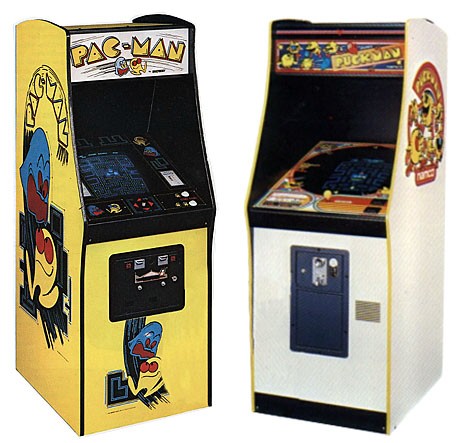 The goal was pretty straightforward, eat all the pac-dots and move on to the next level. Just don't get bumped by one of the ghosts: Inky, Pinky, Blinky, and Clyde! You'll lose a life, or all of them and have to start over! 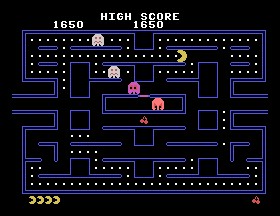 Another of the most popular arcade games of all time, Donkey Kong would go on to become one of Nintendo's most popular and recognizable characters.

It is one of the earliest video games that involves a story line and cut-scenes to advance the plot. Players must climb the platforms to where Pauline waits for rescue. The challenge is in having the right combination of patience and timing. 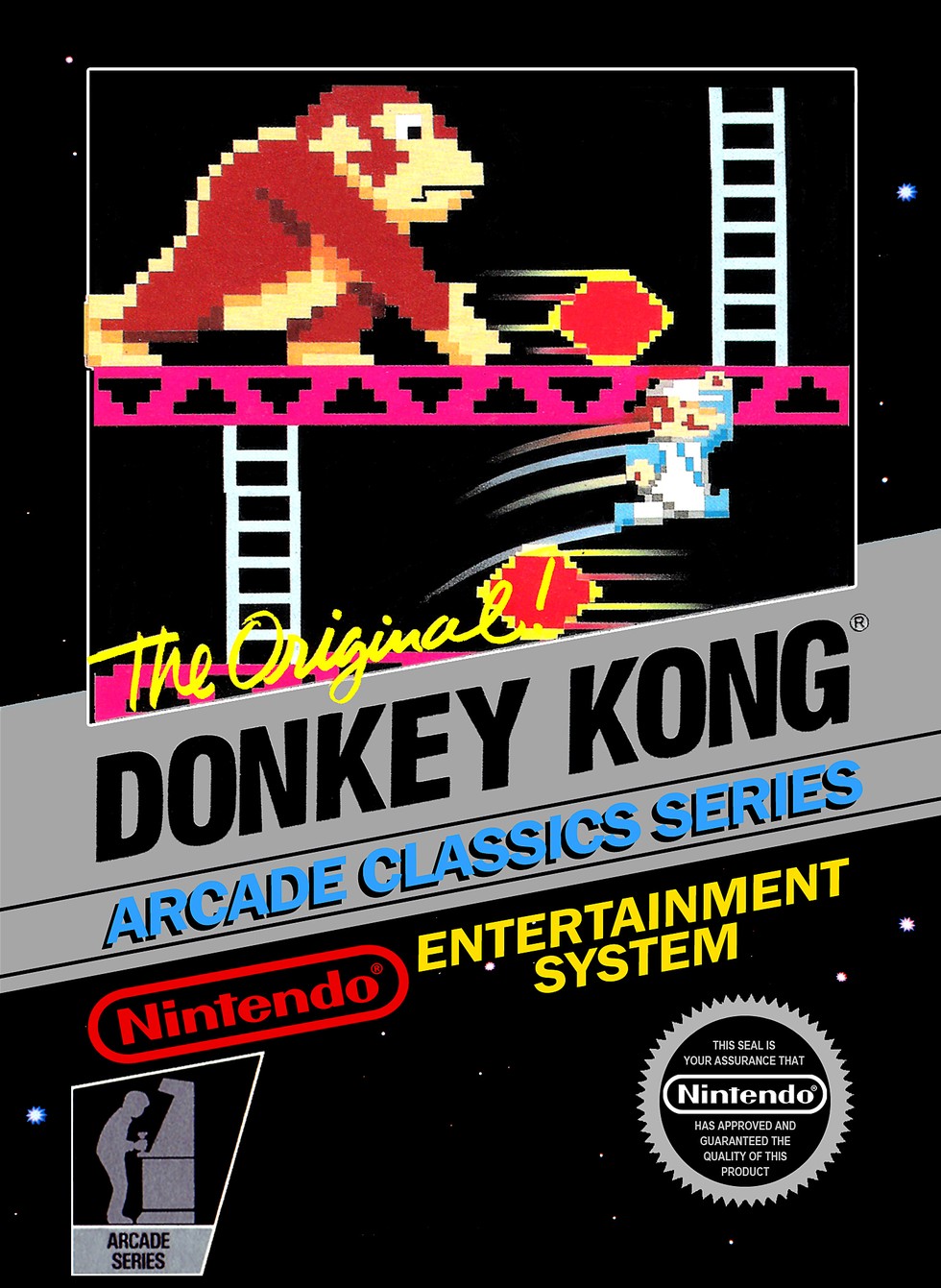 Another classic from the "golden age of video arcade games," Frogger is a race against time and dangerous obstacles. Players must safely cross each of their frogs from one side of a busy highway and through a river full of dangers.

As of 2005, the Frogger franchise has sold 20 million copies internationally including 5 million in the United States. 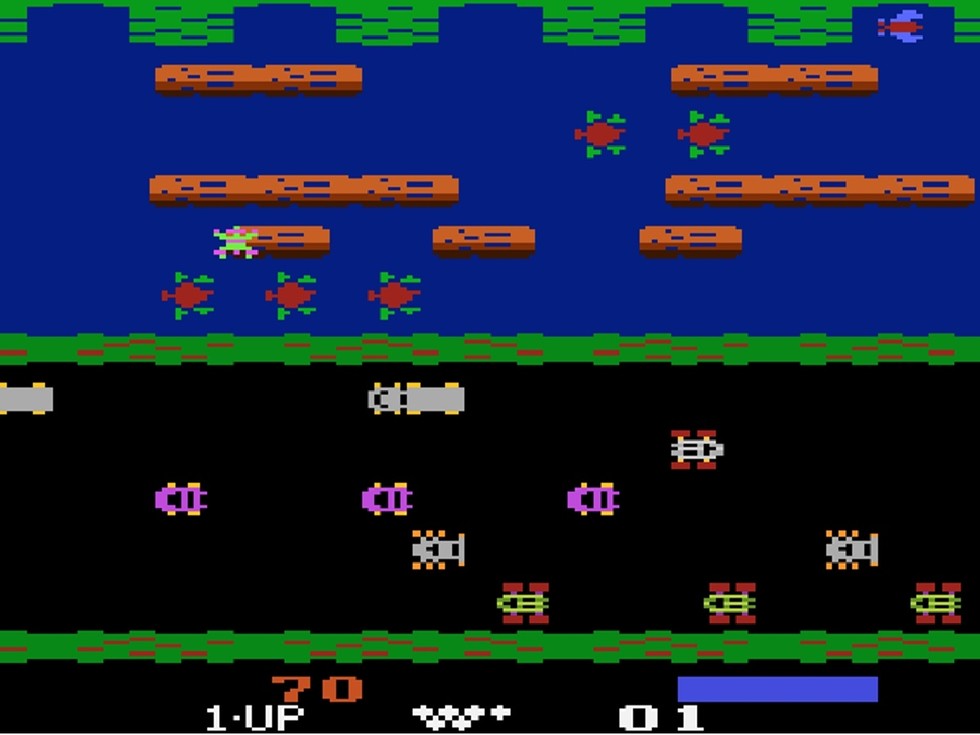 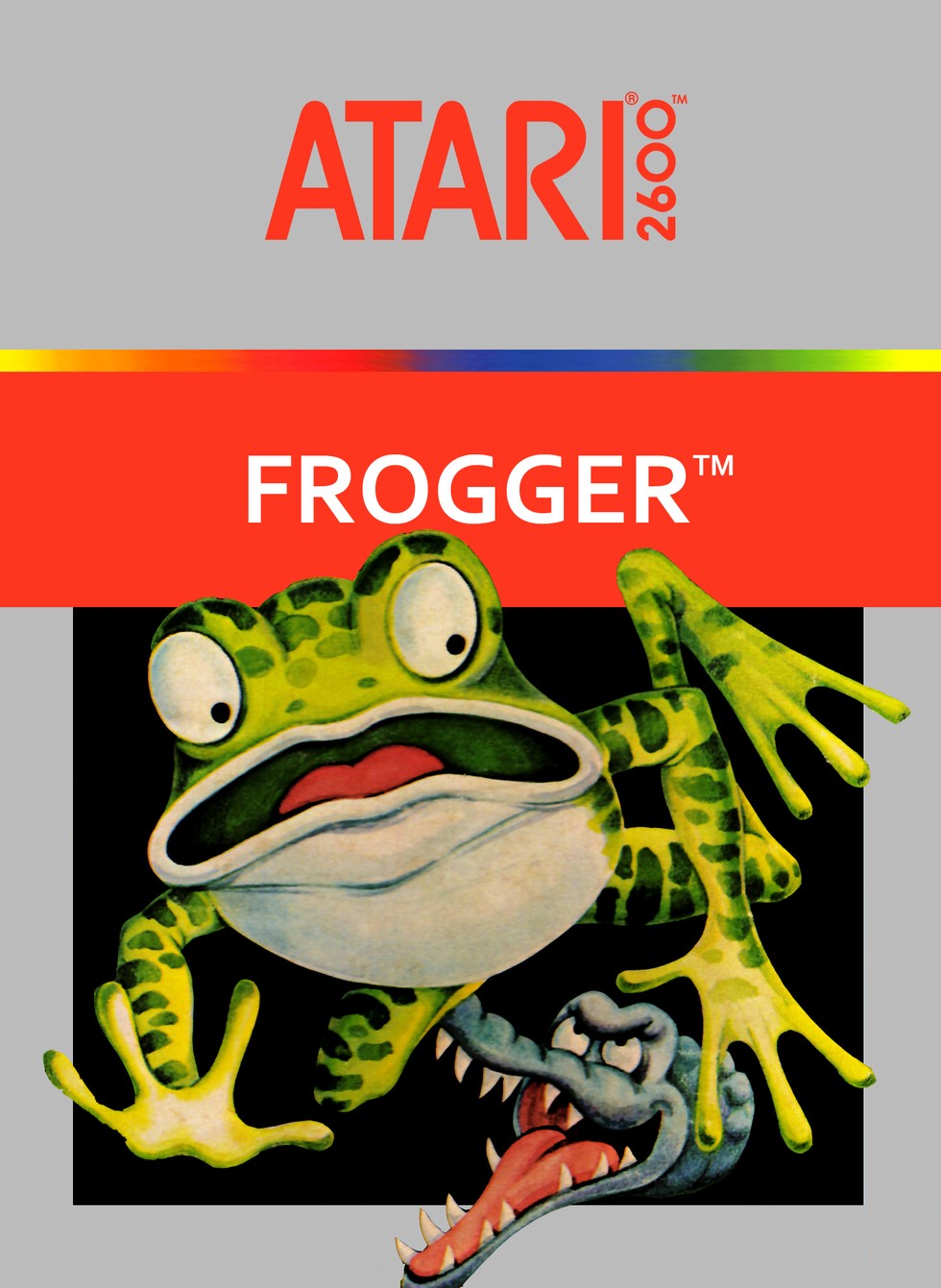 Based on the successful Pac-Man video game, Ms. Pac-Man is also considered a classic. The game play follows the same rules as the first, with more advanced options.

As Ms. Pac-Man moves through mazes, she eats pac-dots and "power pellets" to gain points and strength. In the lower levels, she can even eat the ghosts to gain energy.

Even more challenging, the ghosts now have semi-random movements, making it difficult for players to anticipate patterns. 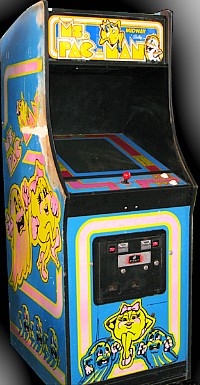 This video game was inspired by the Disney movie of the same name also released that year. Like the movie, Tron  must beat four subgames to complete a level. Each level became more and more difficult with the 12th being the most challenging of all. 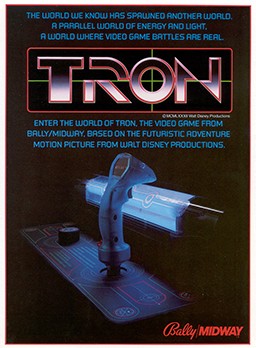 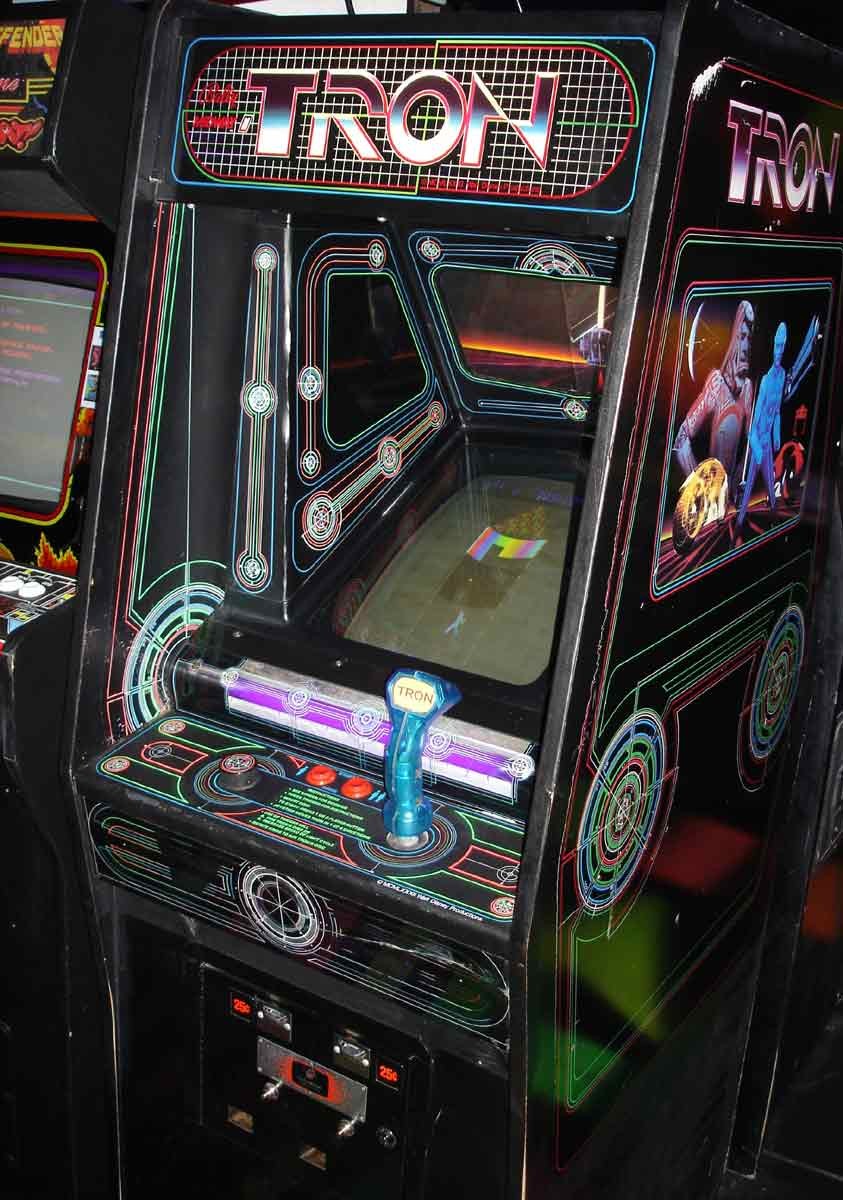 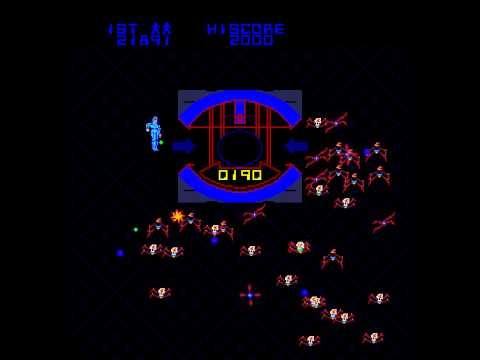 This video game was the first of it's kind to be exported from the USSR to the USA. The game involves randomly falling tetrominoes (geometric shapes) that a player adjusts to fit into the spaces made by the pieces already joined together at the bottom of the screen.

Once a line has been created, it is cleared and the form drops down one row. As players progress through the levels, the pieces begin to fall faster and faster. A player loses when their pile gets to the top of the screen. 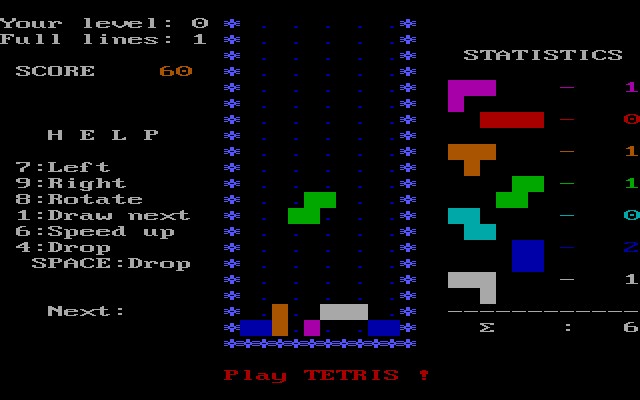 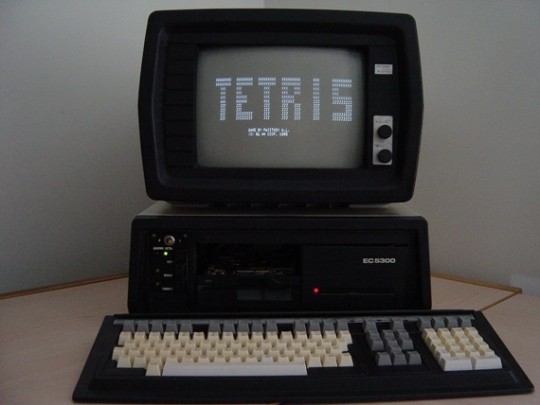 This was THE most frustrating game ever. Not that it was particularly complicated, but that the stupid dog laughed at you every time you missed a duck. EVERY. TIME. 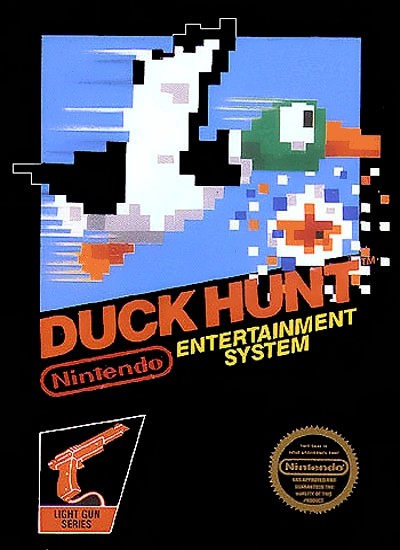 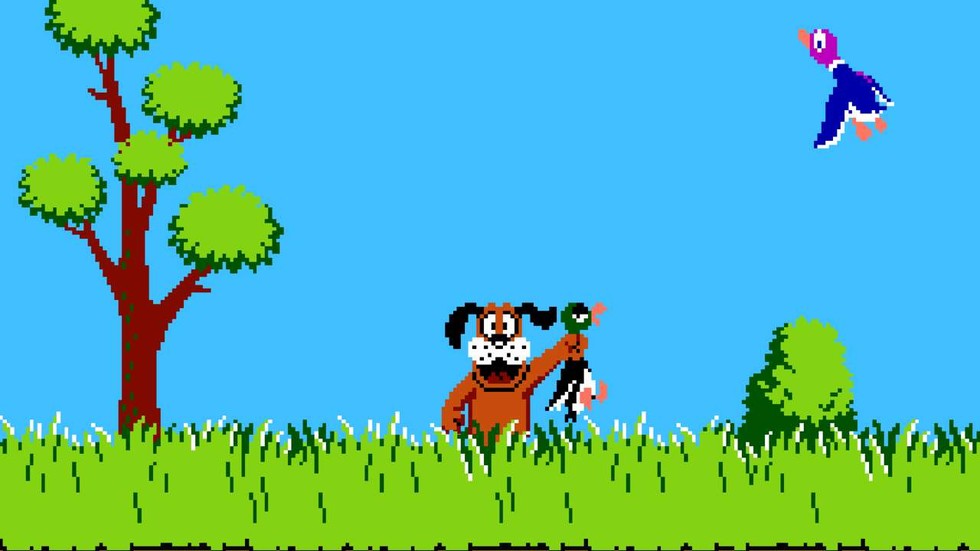 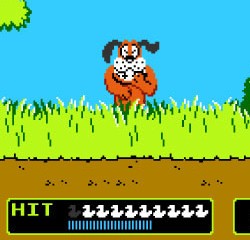 Everyone knows this game. It was developed by Nintendo as a pseudo-sequel to 1983's Mario Bros. and is considered to be the breath of life that revived the dying American video game market of the '80s.

Two players control Mario and Luigi as they travel through the Mushroom Kingdom on a mission to rescue Princess Toadstool from the evil Bowser.

For a single platform game, it was the best-selling game of all time for three decades. 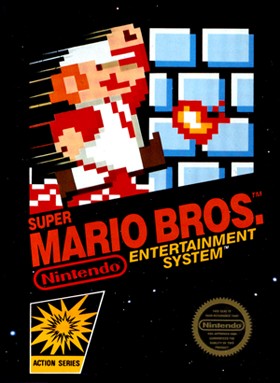 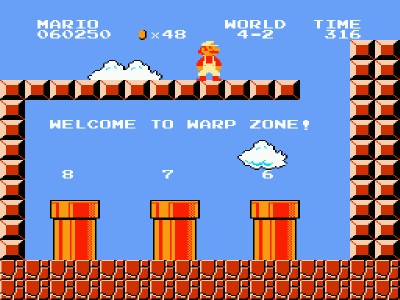 This video game follows the adventures of Samus Aran while she travels through the planet Zebes.  Players search for power-ups that they use to reach blocked off areas. It has a variety of endings depending on how fast you complete the game.

It was the among the first video games to feature a female protagonist, but players must complete the game in under five hours for her to reveal herself. 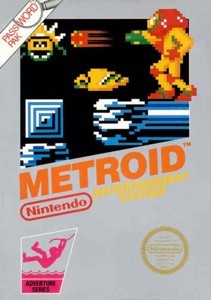 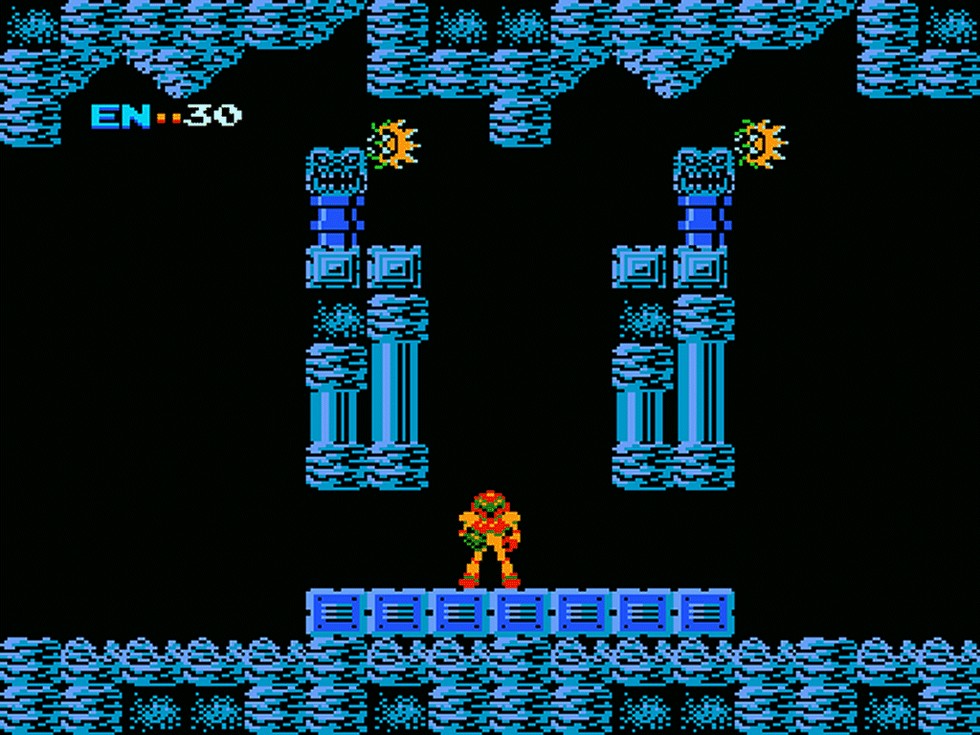 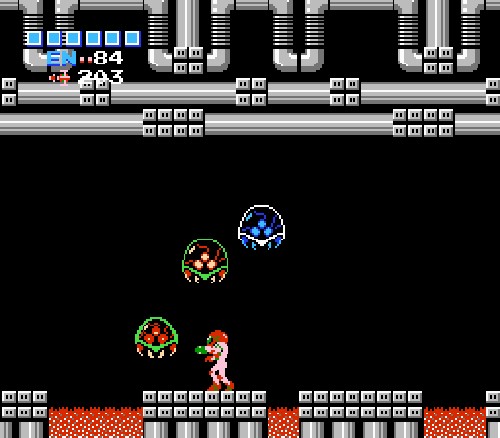 Produced by Square, this role-playing game sets four Light Warriors on a quest to restore magical orbs of Earth, Fire, Wind and Water.

The company thought that this would be the last title they would ever release, but it was such an incredible commercial success, that they avoided impending bankruptcy. This video game is now one of the most influential and successful role-playing games to come out of Nintendo. 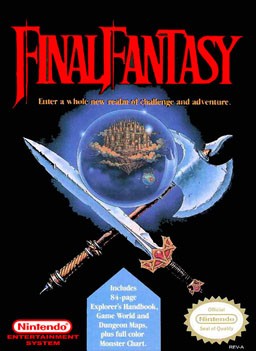 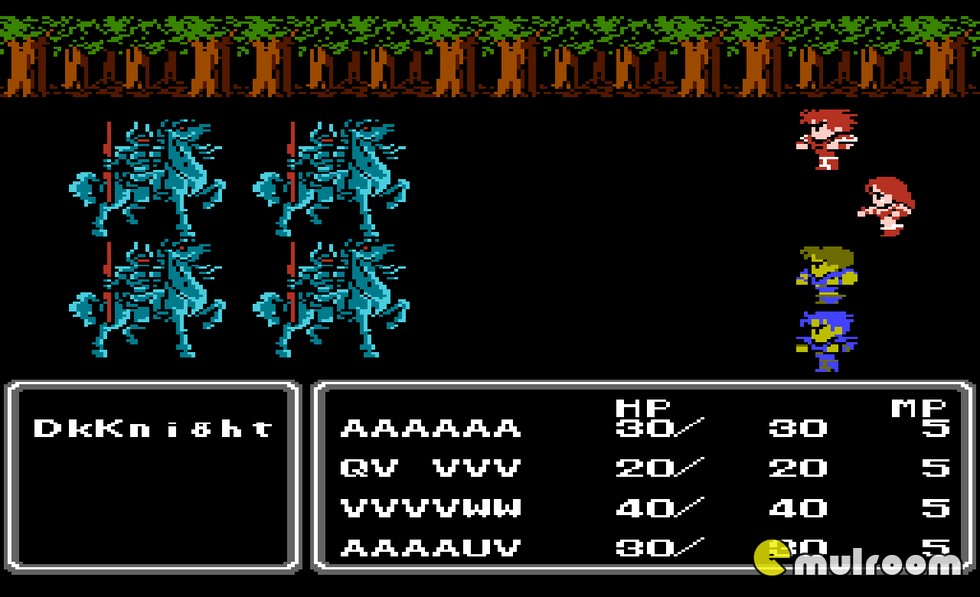 Punch Out was praised for its cartoonish graphics and addictive game play. It is a single player boxing game that loops continuously until your player is knocked out. A fighter who has been knocked down 3 times by your player won't be able to rise, and is considered "knocked out." 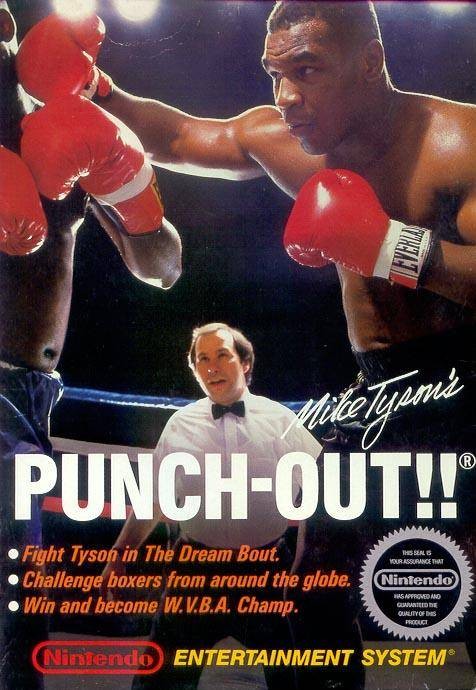 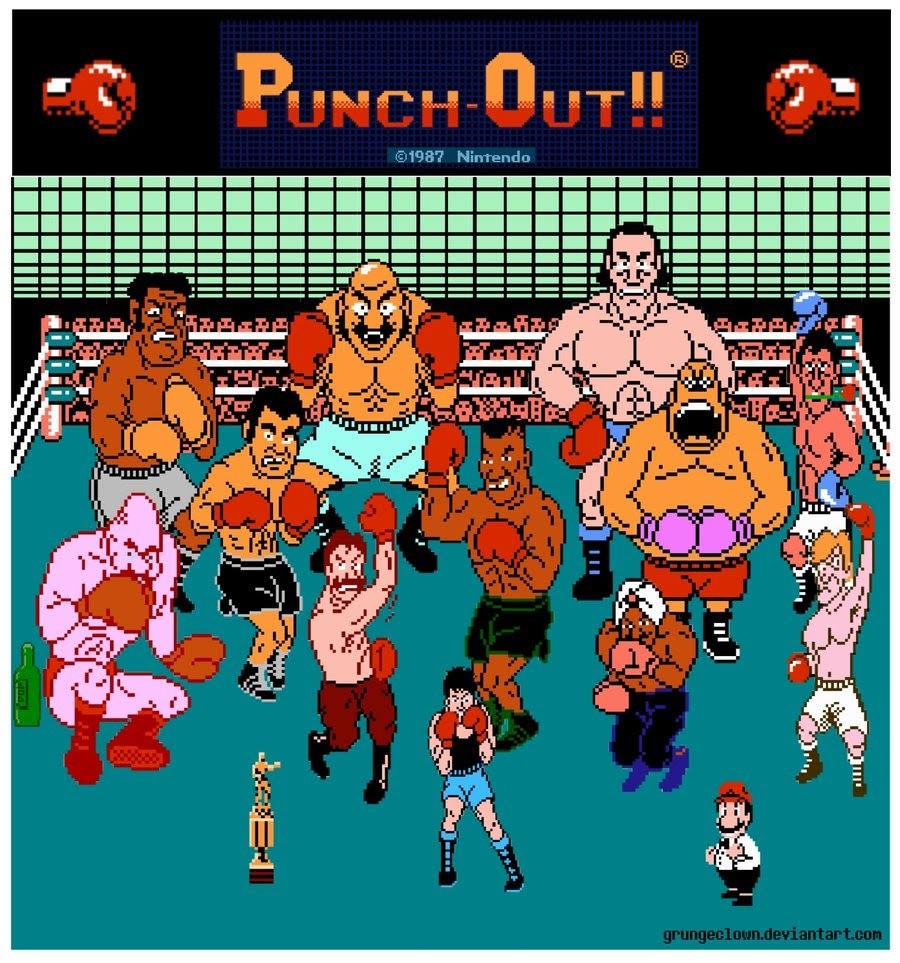 In this game, our favorite characters: Mario, Luigi, Toad and Princess Peach must free the dreamland from an evil frog called Wart.

Each character has the same abilities, but different strengths when it comes to each of those specifically. For example, Princess Peach can jump the farthest, while Luigi can jump the highest, etc.

The player must complete 20 levels within seven 'worlds.' 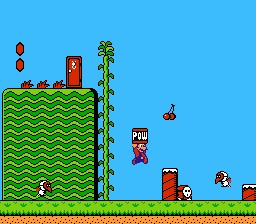 This video game was based on the 1989 film of the same name, but slightly deviates from the original plot.

As Batman, the player must complete five levels battling  Deadshot, KGBeast, Maxie Zeus, Heat Wave, Shakedown and Nightslayer and finally in a showdown with the Joker in the Gotham Cathedral's bell tower. 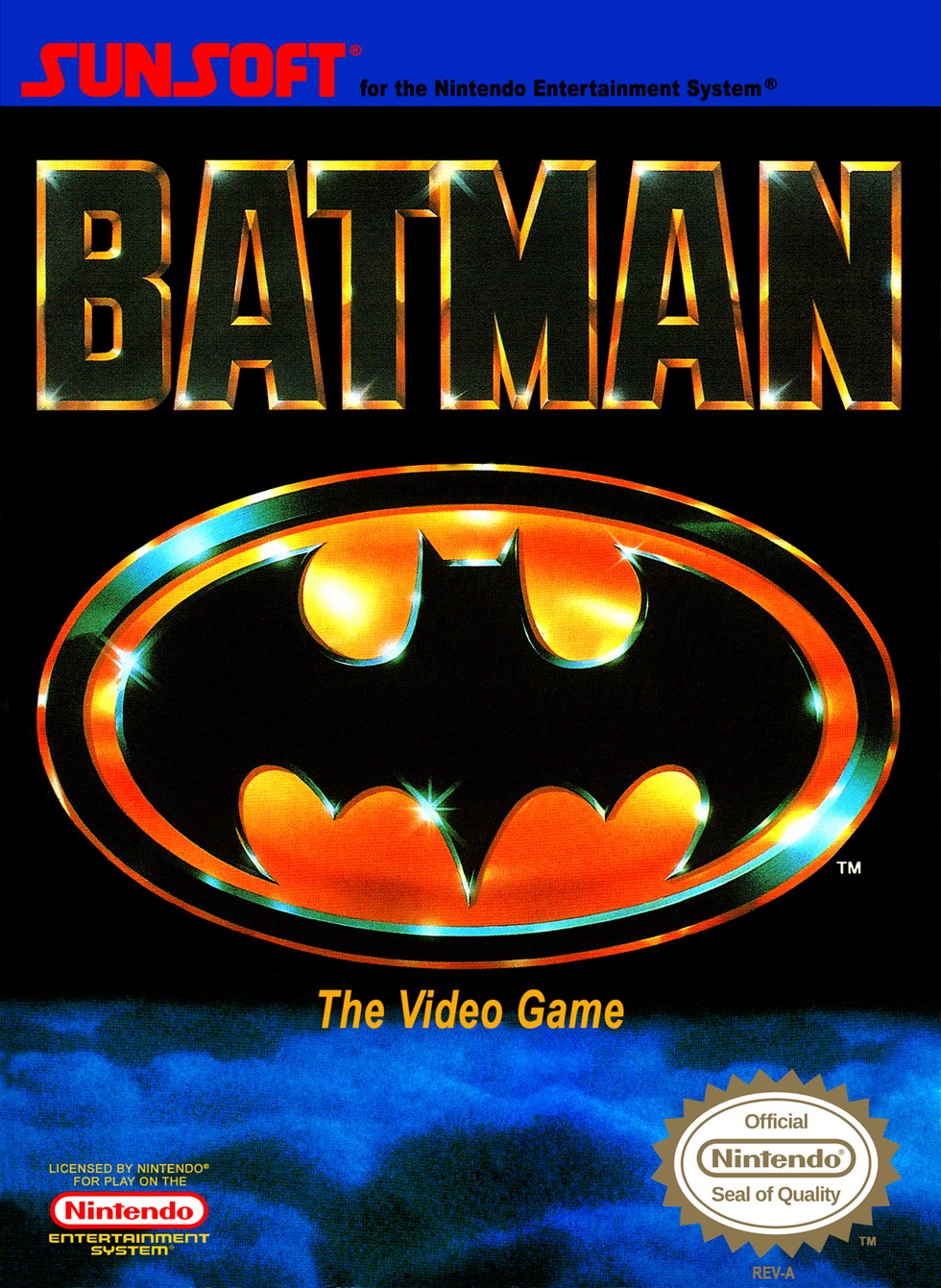 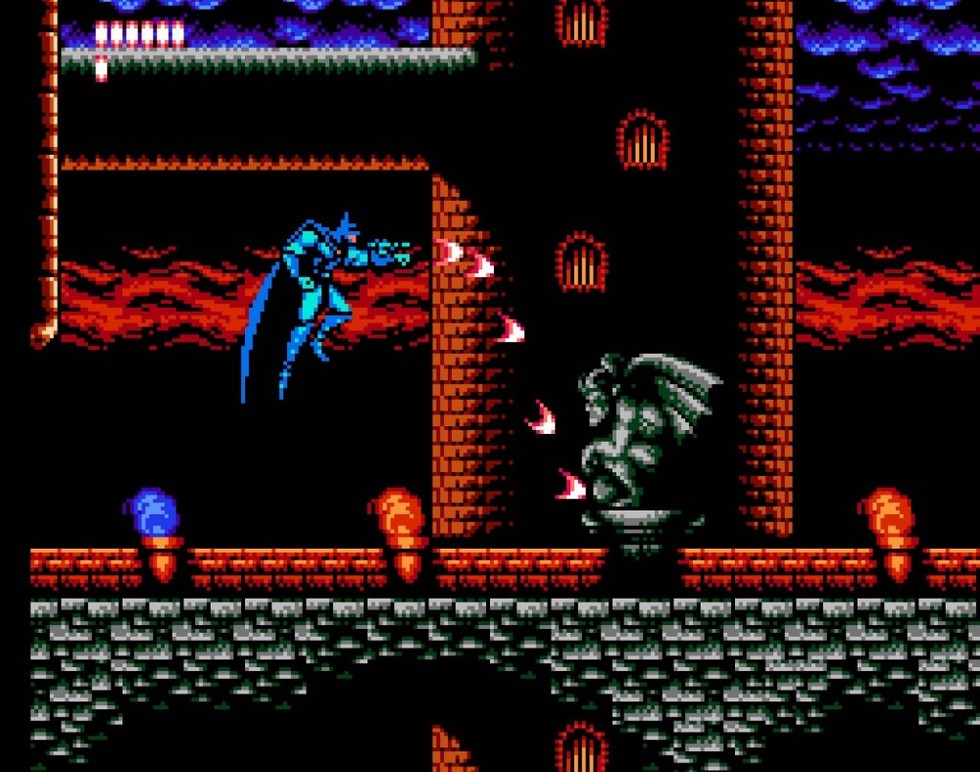 By Tanya 2 years ago
While it's been known since 2015 that Nintendo was teaming up with Universal to create a park that would give all of us a chance to explore our dream worlds, it's been a long time before we got any news. But now, three years later, Universal has finally started building. I know, I'm screaming too. The best thing about this park is that while the first one is getting built in Japan, they aren't stopping at one. The Nintendo theme park will be coming to both Orlando AND Hollywood. That means we don't have to take these huge international trips
continue reading

Rumors Claim N64 Classic Console To Be Announced Soon, Here's What We Know So Far

By Tanya 2 years ago
Apparently the announcement of whether or not the N64 Classic will exist isn't what we need to be worried about, it's more of a when will it be coming out. Nintendo's just had a big showcase called Nintendo Direct that highlights all of their upcoming projects, and many sources claimed that it would be the day that the official details of the N64 classic would be released.Nintendo Direct is a big deal every year for gamers, and with this year's release of the new Super Smash Bros. game, fans have good reason to celebrate. But right now, people are
continue reading

By Tanya 2 years ago
Playing Mario Kart was one of the most important things that you could do as a child. It was how you were going to develop that mental acuity needed in your day-to-day life. Sure, you could learn some things at school, but Mario Kart taught us problem solving in ways that were actually fun. You learned how to wait until someone was going over the big jump in Wario's Stadium before you used your lightning power, you learned where the glitches and cheats were, and most importantly, you developed a bond with one of the characters.Anyone who has played
continue reading

8 Things to Look Out for When Choosing an Online Casino

By Emma C 7 days ago
Most of the Polish companies that have ventured into online gambling are making good profits, which explains why many companies are joining the sector daily. Such companies are also trying to outdo their competitors by creating better offers for the players.Differentiating between a legit and illegal company is difficult. There has been a rise in online casino fraud cases, making most people risk their data and money.However, our expert Jacek Michalski, whose profile you can overview here, was kind enough to share the crucial tips for landing on a reputable online casino.Check the license firstThe government uses
continue reading