Nintendo 64 first arrived in North American stores in September 1996. That was 20 years ago. It doesn't feel like it was 20 years ago, but maybe that's just me. I still remember the envy as I heard all my friends telling me that they got an N64 for Christmas. I remember inviting myself over to the houses of those lucky kids who had the games I so desperately wanted every weekend and staying up until the wee hours of the morning attempting to master them.

In honor of the 20th anniversary of the Nintendo 64, here are some of the greatest games that helped make that system to be the great gaming platform it was. We were going to keep it to 20 but here were too many good ones. 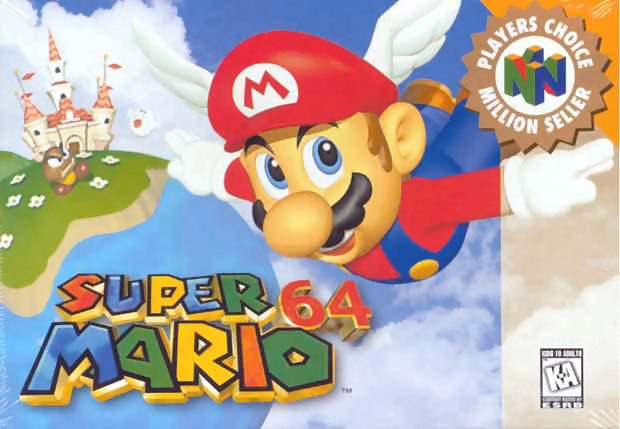 Let's start off with an obvious classic. Peach has once again been kidnapped by the ever persistent Bowser. Mario has to run around the castle and collect stars in all her paintings to earn enough to get her back. The number of levels was pretty impressive, with each painting having multiple stars to earn. I bet everyone who played this game would still recognize the sound effects from that title screen. 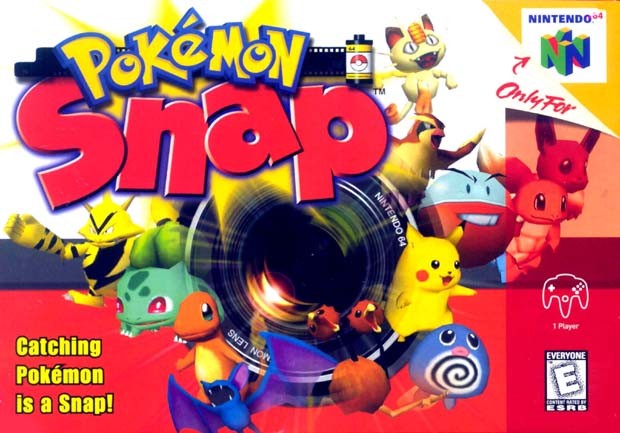 Before there was Pokémon Go, there was Pokémon Snap. A game where your only task was to photograph pokémon in their natural habitat. There was even a brief period of time where you could bring your photos to Blockbuster to get them printed as stickers. Talk about a dated reference. 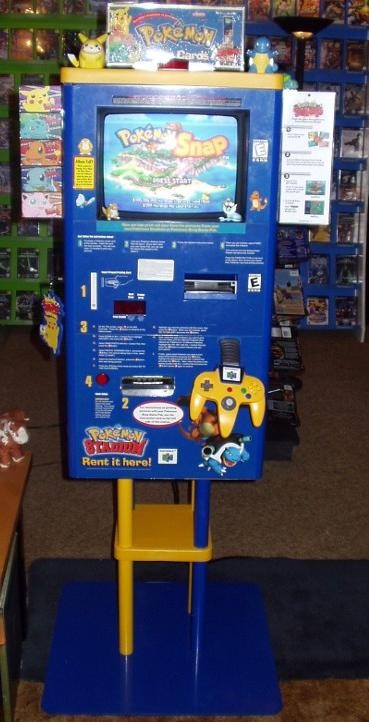 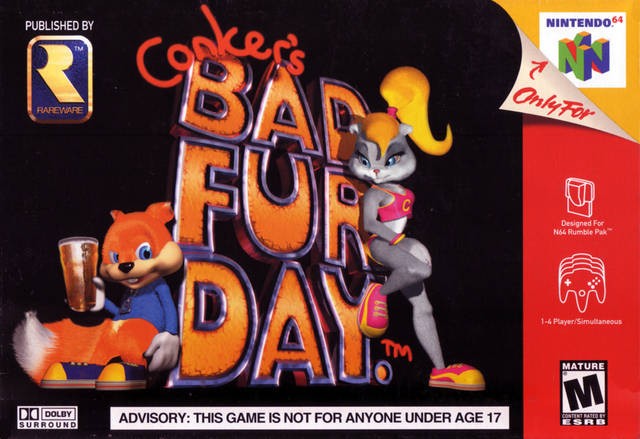 Who would have thought that a video game with a main character of a squirrel would be rated M? Conker definitely had a potty mouth and humor not suitable for kids but that didn't stop him from making quite the impression. 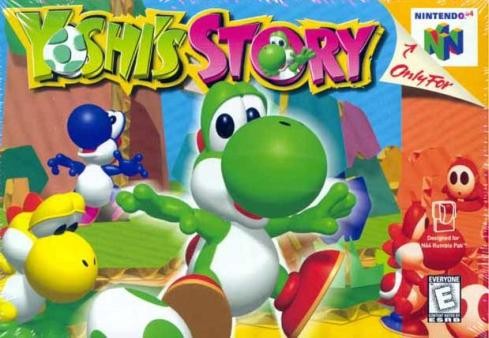 Yoshi was always a fan favorite no matter which game he was a part of. This game was essentially the opposite of Conker's Bad Fur Day. Where Conker was a bit brash and harsh, Yoshi's Story was so beyond cute. The song that plays endlessly through the levels still pops into my head from time to time. 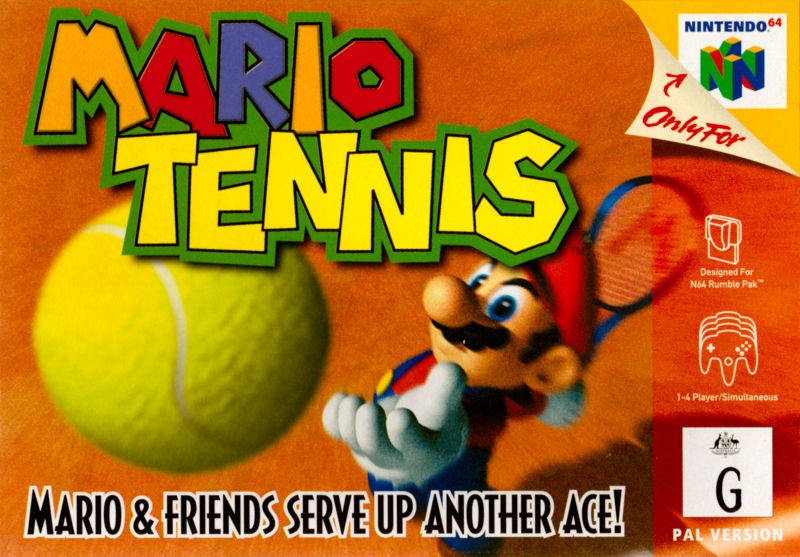 Before you could play Wii Tennis that involved actual movements, Nintendo tried to get kids interested in the idea of the sport with their favorite characters. They also tried Mario Golf which I think was about as fun as kids think golf is. 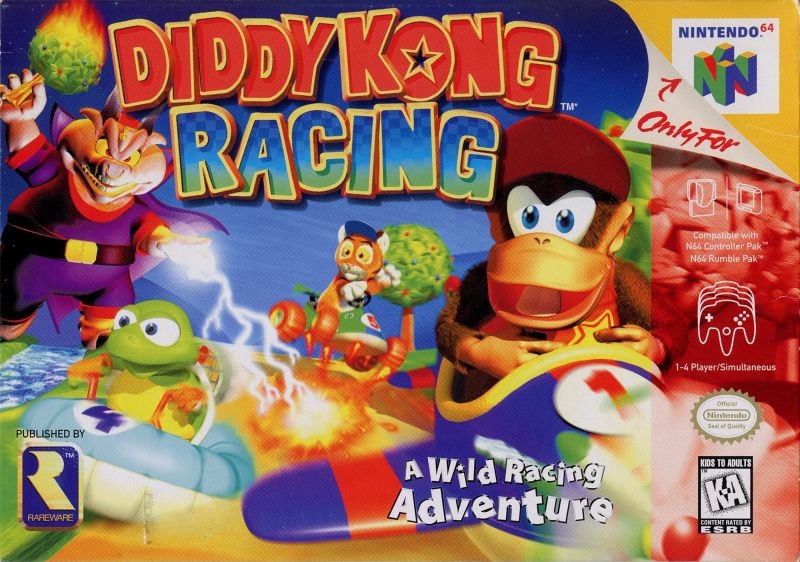 This racing adventure was sort of like Mario Kart but you could also use little air planes and boats to race as well as a little cart. It was always a nice alternative when Rainbow Road got too repetitive. 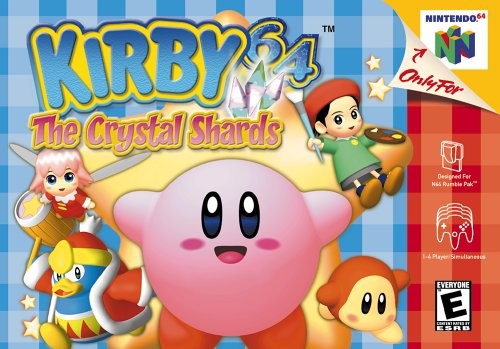 Kirby is one of the cutest Nintendo characters in my opinion. But he also has one of the weirdest skills you could think of. 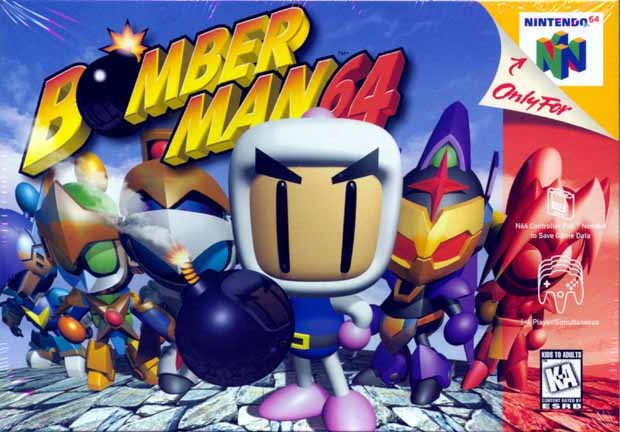 A game that let four people play all at once, so everyone bring your own controller! 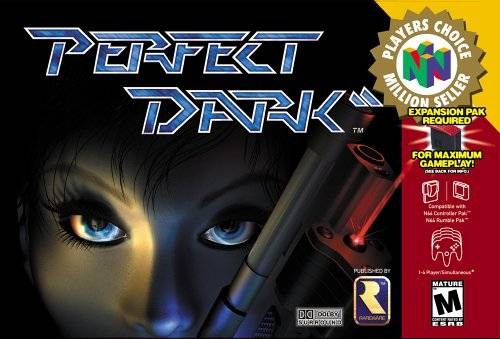 Another first person shooter game for the fans of Goldeneye, this multiplayer game let kids all play together instead of taking turns. 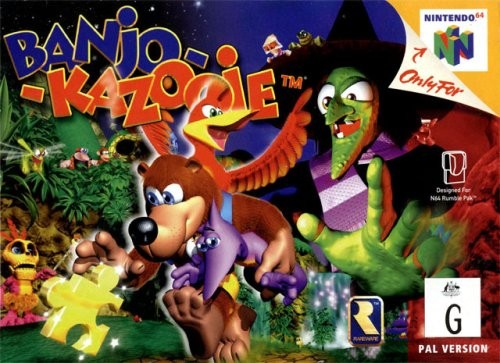 Because who doesn't have a bird that lives in their backpack right? Banjo the bear and his trusty sidekick work together to save their home from the witch. Now, I can honestly say that I don't think I actually beat a lot of the levels of this one but it was always fun to make Kazooie run around and carry Banjo for a change. 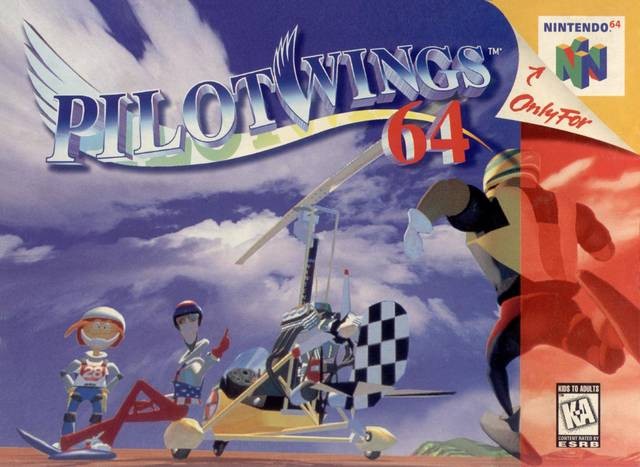 This game was maybe not as popular as some of the other games but I always enjoyed it. It was very calming to fly around the sky.  Not as relaxing when you actually tried to complete the missions but when you are eight years old you can ignore those. Pokémon Stadium gave fans more of what they wanted when they released a multi-player game that actually let you interact with your Pokémon. You got to build your dream roster and fight against your friends to see who was the real Pokémon master! 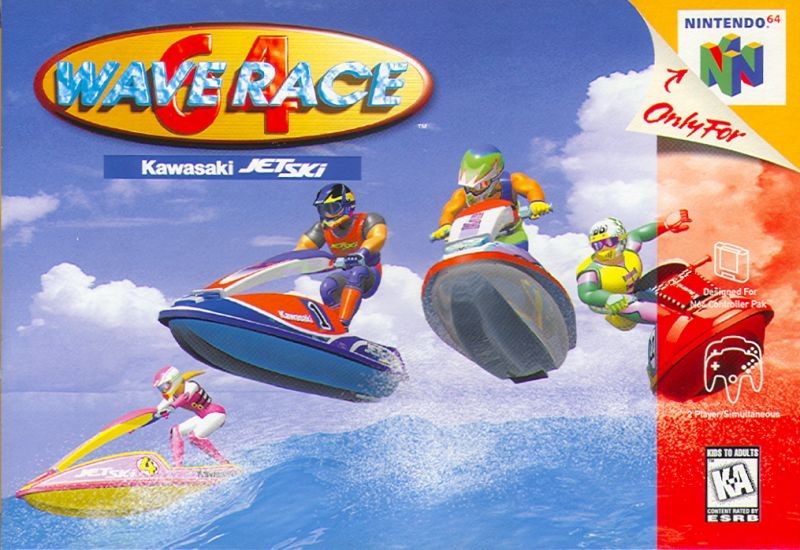 Chances are this was just a way to trick people into wanting to buy more jetskis, but it does bring back fond memories of playing video games at my aunt's house because this was the only multiplayer game that my little cousin wanted to play at the time. Who knows why... it wasn't the greatest. 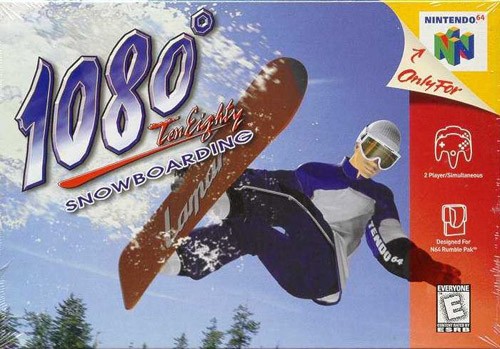 If you don't like jetskis, why not try out a snowboard! I feel like this game became really popular out of no where and then vanished just as fast. I think it was before the whole Tony Hawk skateboarding games really got popular. 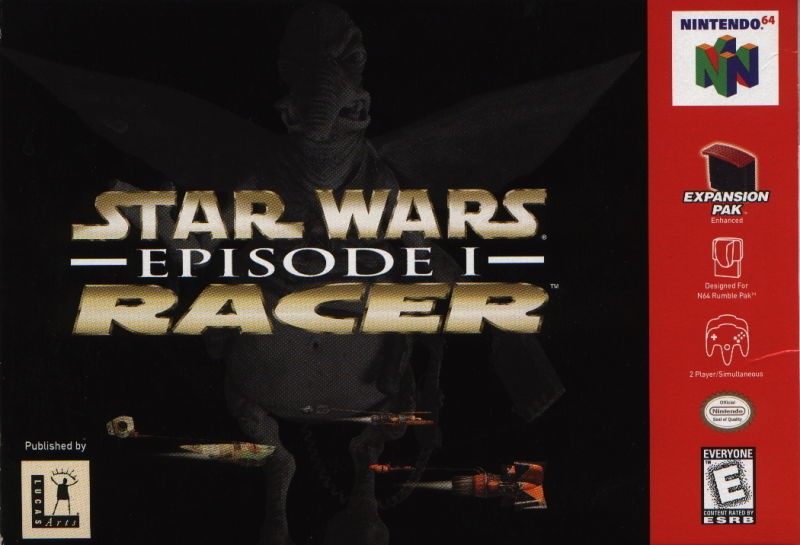 While the Star Wars Prequels were not loved by all, this game let you race the pods! Also, there is a little song that plays in the shop area that is another one of those memories that I feel will be burned into my brain until the end of time. 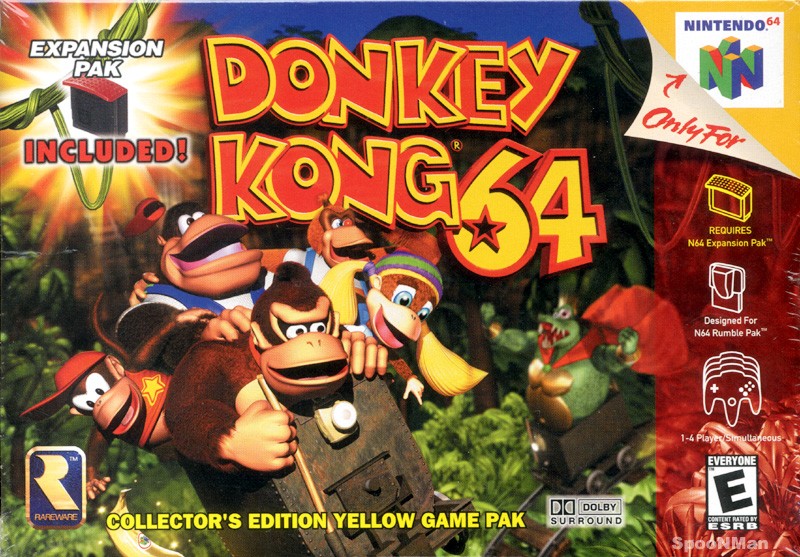 After his successful run on the Super Nintendo, Donkey Kong's gang grows with the addition of a few more playable characters and even a multi-player battle mode that can ruin friendships. As I said the new characters were pretty fantastic, with Lanky Kong being one of my very first spirit animals. 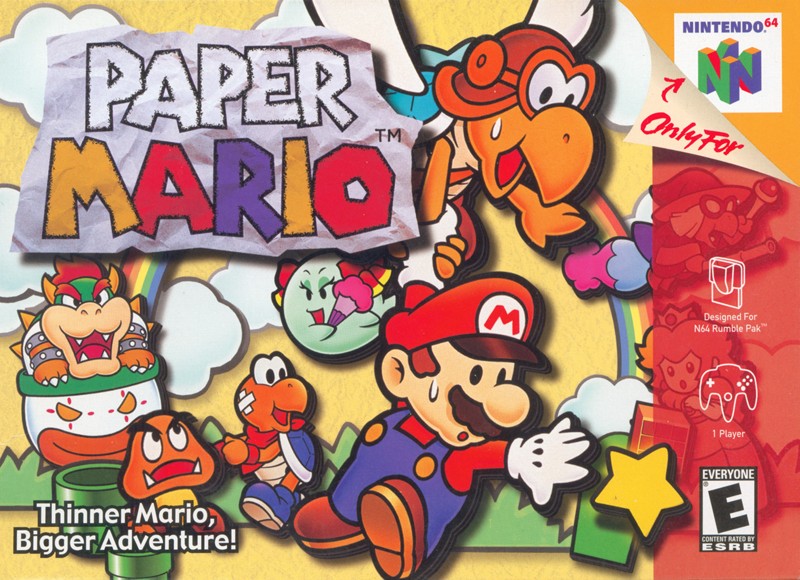 Paper Mario always confused me a little bit. While most games went 3D with the N64, Paper Mario came out and went back to the 2D styles of the previous machines. It was like the Mario you knew and loved, only flatter and cuter. 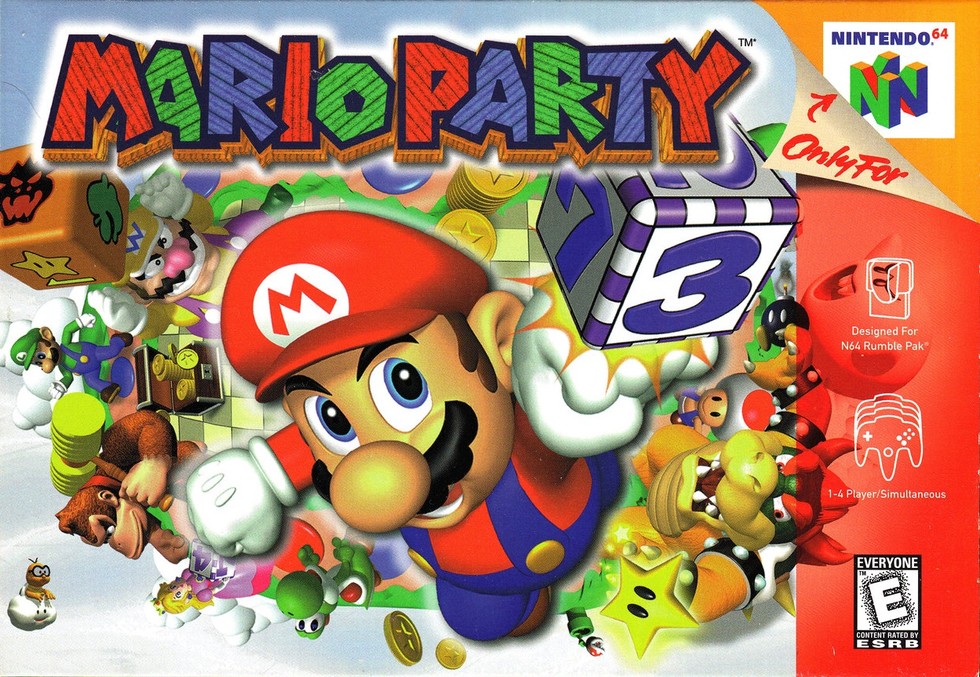 Mario Party was one of the games that could destroy your friendships. Chance Time had a very important meaning for a lot of people, and if you took your best friends stars...you better watch out. Also, it may be one of the only videos games that hurt my actual physical body. Paddle Battle remind anyone else of horrible palm blisters? 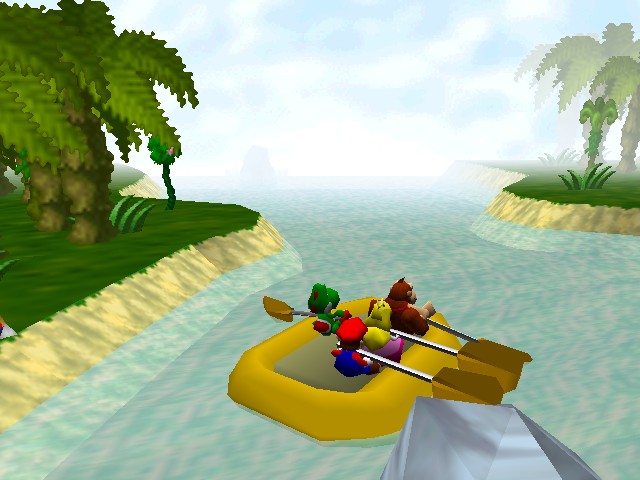 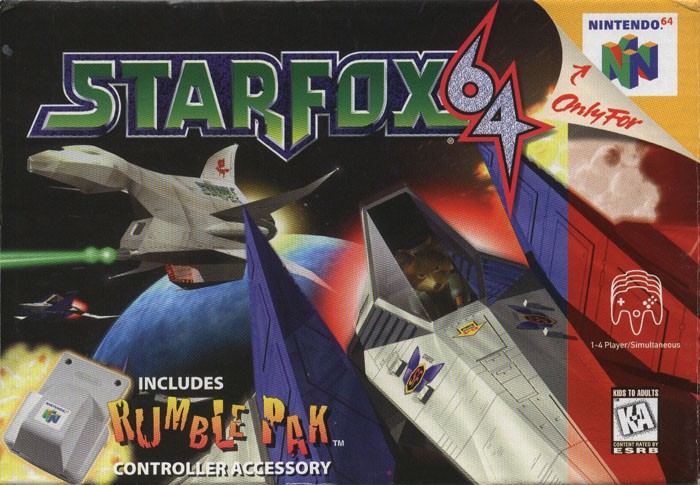 Star Fox was a great game that let you fly around space as a super cool fox with your team of animals. It sounds weird, but what awesome game doesn't! Although I think it is fair to say everyone hates Slippy right?

Legend of Zelda: Ocarina of Time 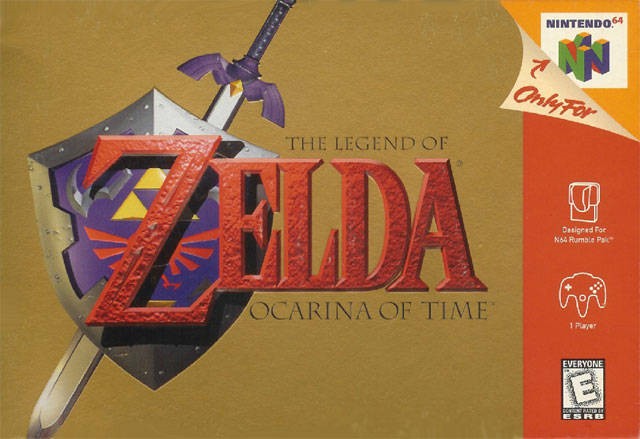 Easily one of the most popular games on Nintendo 64, and for good reason. It was a big game with a lot to do. Also, you could play a flute and summon a horse! How could you not love that! Smash Bros provided a fun way to express your childhood angst. Instead of getting in real fights, you can fight with your favorite Nintendo characters. Everyone had their favorite and knew all of their power moves. 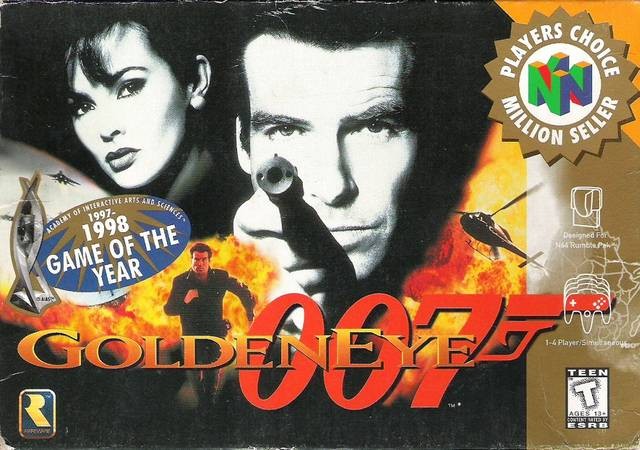 Goldeneye was a game that probably needs no explanation. James Bond shoots villains and there was also a battle mode that was super fun unless you didn't have any weapons then it was always a challenge. 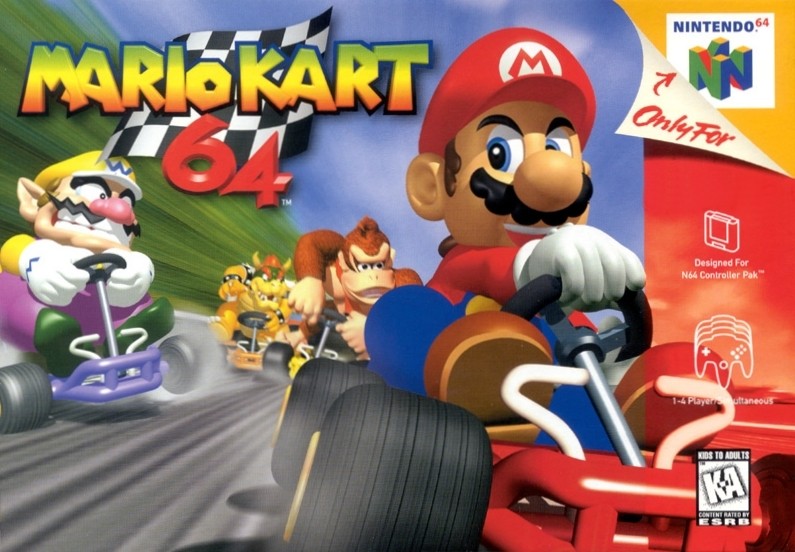 The most important game for the Nintendo 64. Mario Kart was played for hours and hours until those courses were known off by heart and you could use every shortcut without fail.

Giphy    How many on this list have you played and which is your favorite? Personally, Mario Kart and Mario Party will always hold a special place in my heart but all of the games are amazing. Happy 20th Anniversary N64!

By Emma C 20 days ago
In 2023, you'll be able to play casino slot games for real money at many online casinos. There are a variety of different kinds of slots, from classic 3-reel slots to 5-reel video slots with bonus rounds. You can also find progressive jackpot slots, which give you the chance to win big prizes. With so many choices, it's easy to find a game that you'll enjoy playing. But with so many options available, how do you know which game is right for you? Here's a quick guide to help you choose the right casino slot game for your next gambling
continue reading