Ah, the '90s. There's no shortage of trends that came from the best decade. Ask any '90s kids for three facts about that time and they'll give you five. I don't think there is a generation more proud to be born in a span of years than those born in the '90s.

But we uncovered some facts from those years that will most likely startle all '90s kids.

Take a look and see if you knew any of these odd facts!

2. Michael Jackson sang backup vocals on "Do The Bartman."

3. Space Jam was actually a spin-off from a 1992 Nike commercial. 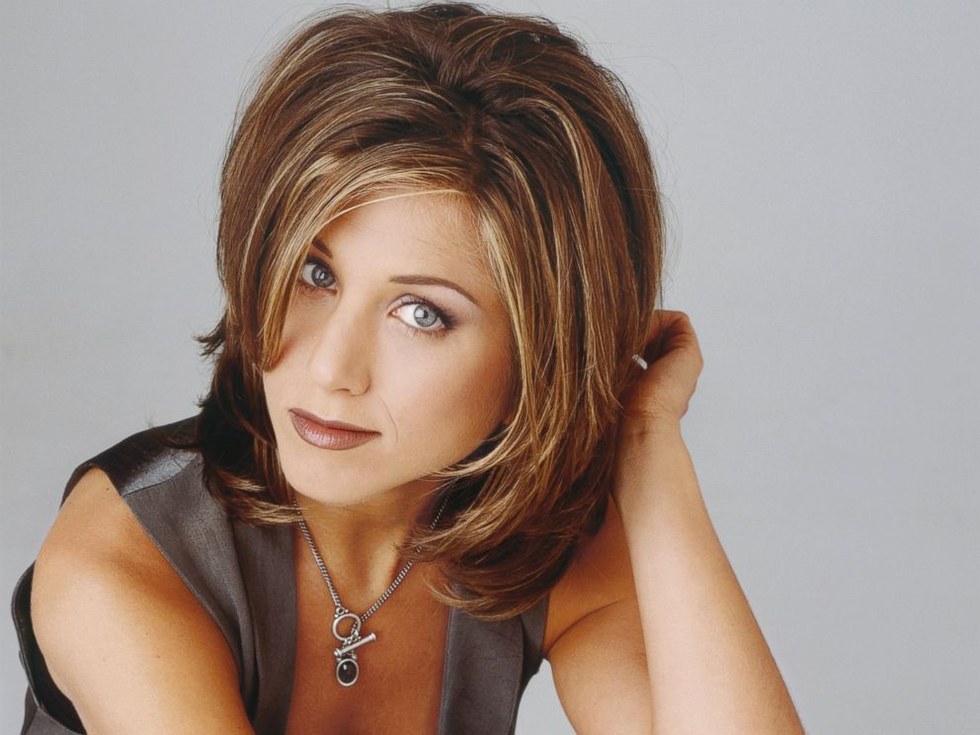 5. The Backstreet Boys were named after a flea market in Florida. The market was called "Backstreet Market" and was a local teen hangout spot. 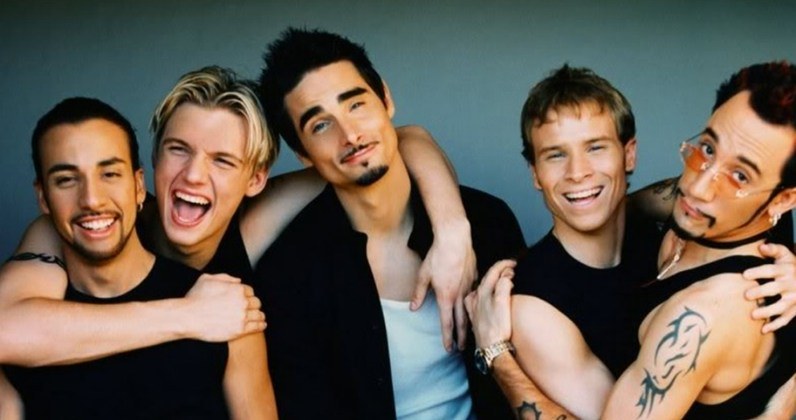 6. The Return of Jafar was Disney's first direct-to-video sequel. It cost $5 million to make and grossed $120 million. 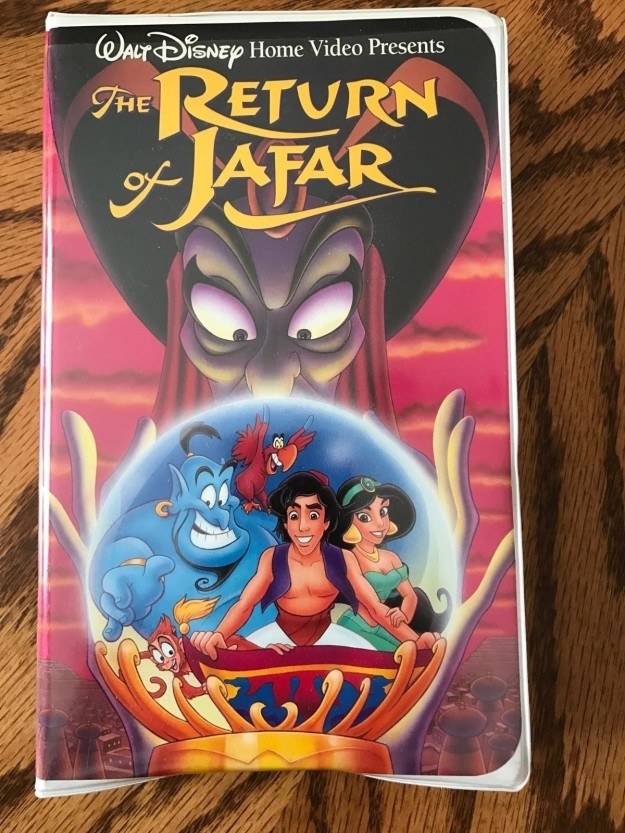 7. Totally Hair Barbie is the best-selling Barbie of all time. 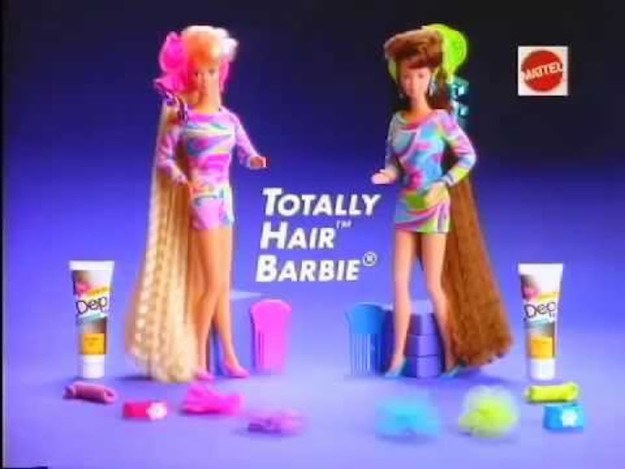 8. Earring Magic Ken, which was released in 1993, became a huge seller among gay men, which was mainly due to the way he was dressed. 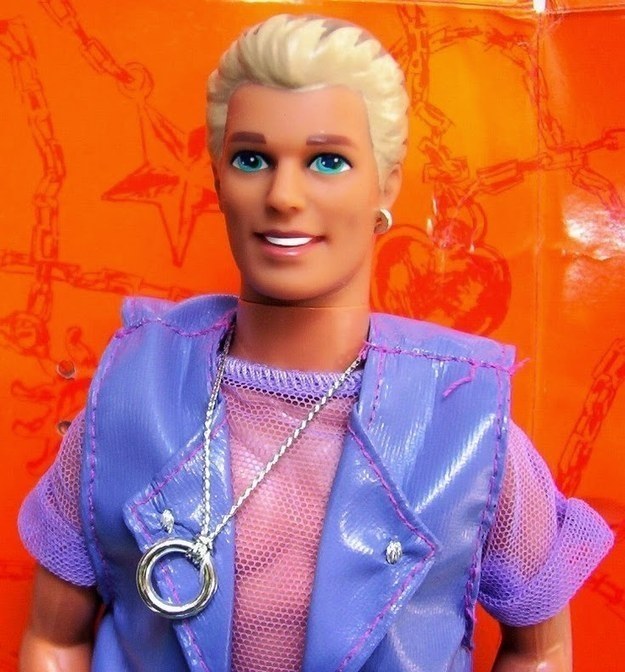 9. There's an episode of Tiny Toons that has been banned because Buster, Hamton, and Plucky get drunk, steal a police car, and die in a drunk driving accident. It was meant to be a warning against the dangers of drunk driving. 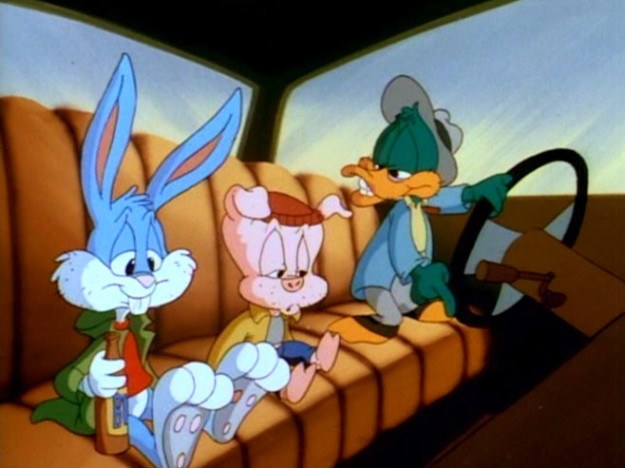 10. Beanie Babies only became popular when a group of neighbors in Chicago started trading them with a strict set of rules. 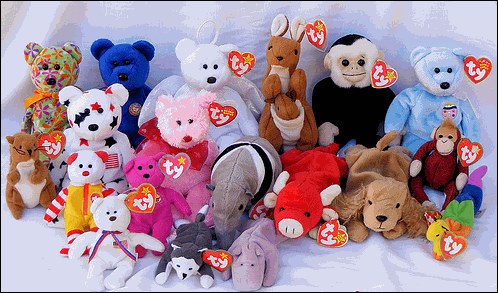 11. The Rugrats have a star on the Hollywood Walk Of Fame 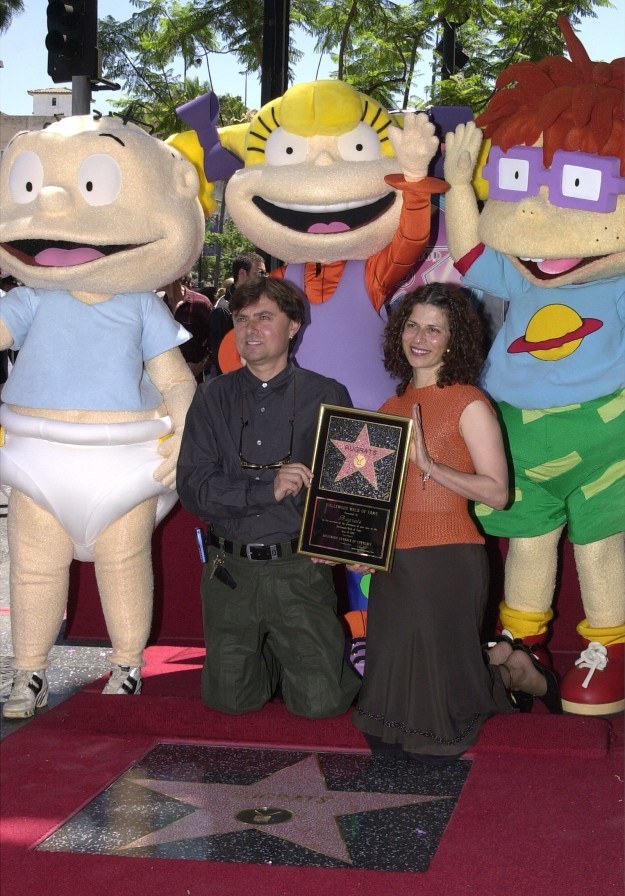 12. Furbies were banned from NSA headquarters in Maryland for fear they would hear top-secret conversations and then repeat them. 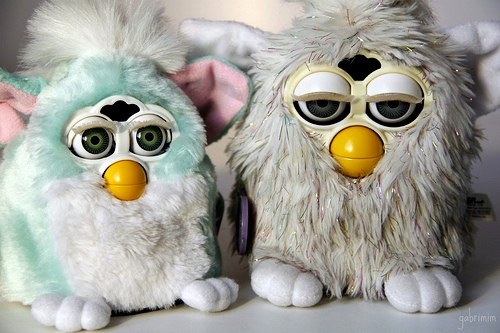 13. Clarissa Explains it All had a spin-off series for which a pilot was shot, but it never aired. 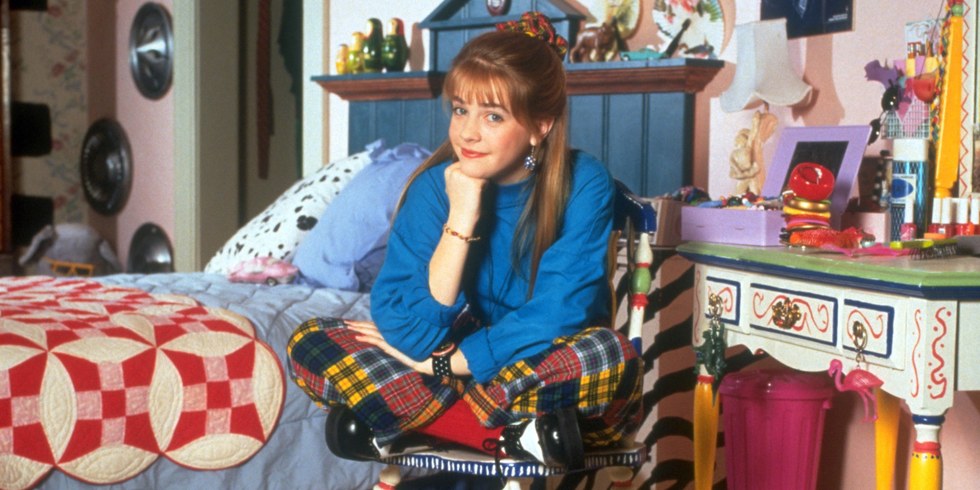 14. Animaniacs was supposed to be about ducks, but then the creators realized how many other duck-themed cartoons existed.

15. Marlon Wayans gets residuals for Batman Forever even though he was not in the movie. Wayans was cast as Robin by Tim Burton. But when Warner Bros. changed the director to Joel Schumacher, Chris O'Donnell was cast as Robin instead. But per a clause in Marlon's contract, he got his full salary plus residuals. 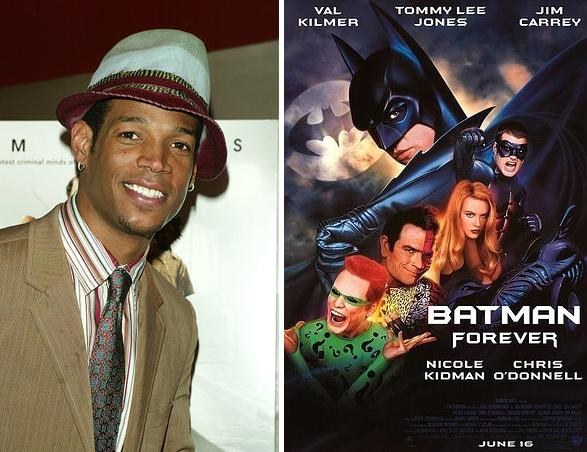 16. Jessie was originally addicted to speed, not caffeine pills. But NBS standard's department made them change it. 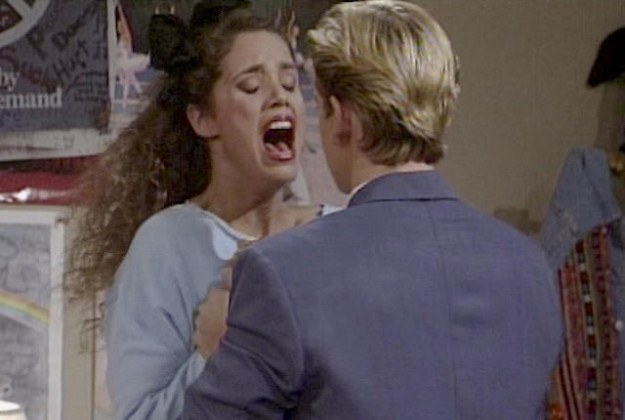 17. JNCO stands for "Judge None, Choose One 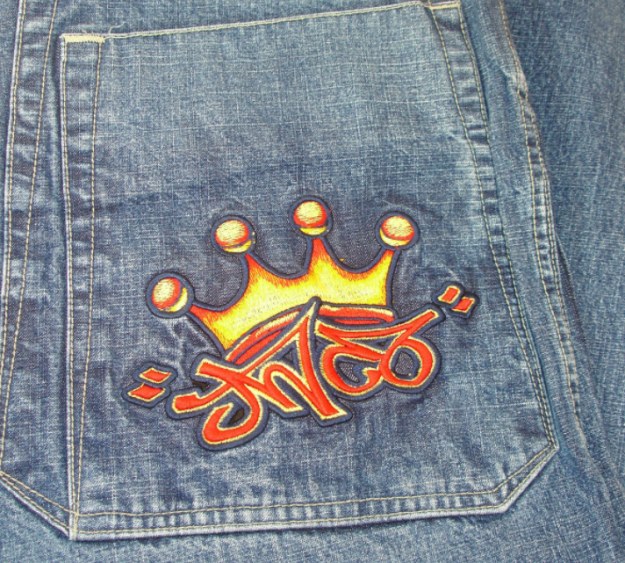 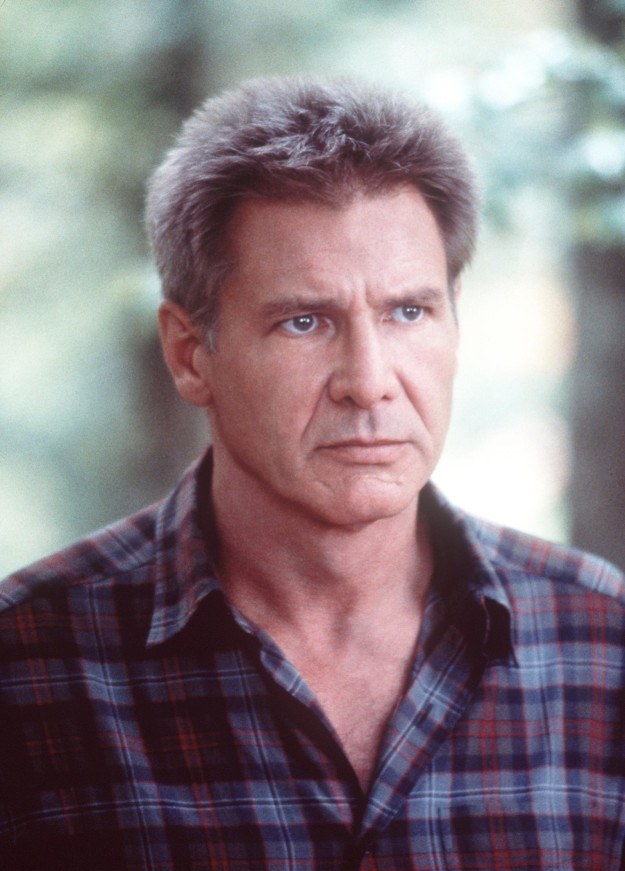 By Jordan N 6 months ago
Man, gambling and casino have come a long way. Researchers say that as early as 2300 BC, people were already gambling. You’ll remember that casting of lots to make an unbiased decision has also featured in the bible.  People, since the beginning of times, have predicted the outcomes of not just games, but virtually every event, including wars.Casino games stemmed from humans’ appetite to gamble on events. Now, such games form an excellent form of entertainment. The rise of technology has further escalated their position, making them even more significant. Right now, you can log in to
continue reading

By Emma C 8 months ago
Hollywood lost one of the greats. Kirk Douglas, actor of more than 60 years, has died at age 103.His son Michael Douglas posted a tribute on Facebook, remembering his father with fans worldwide.To the world he was a legend, an actor from the golden age of movies who lived well into his golden years, a humanitarian whose commitment to justice and the causes he believed in set a standard for all of us to aspire to. View this post on Instagram A post shared by Michael Douglas (@michaelkirkdouglas) on Feb 5, 2020 at 3:33pm PST In a
continue reading

By Emma C 9 days ago
Earning the CCNA credential is the first step in starting a rewarding career in the IT field. The certificate is designed to validate the individuals’ knowledge and skills in network fundamentals, IP connectivity, network access, IP services, automation & programmability, and security fundamentals. Holding this Cisco badge under your belt, you have what it takes to become an in-demand specialist in the industry.Requirements for earning Cisco CCNA certificationTo obtain the Cisco CCNP 300-425 ENWLSD , you are required to pass a single exam, which is Cisco 200-301. This test covers a wide range of IT basics in accordance with the latest
continue reading

By Emma C 22 days ago
Streaming services are finding that, while people like to watch their old favorite TV shows over and over again, there’s a lot of interest in seeing those old shows reimaged for present times. Services like Netflix, Amazon, Disney, and Hulu are putting significant resources into bringing back some of our favorite shows, many of which have become cult favorites that makes an evening of TV viewing feel like a jackpot casino win. Other shows simply bring back memories of a simpler time. The shows planned for reboots include comedies, dramas, reality series, and talk shows. Fans old and new
continue reading