If you came home from school, dropped your schoolbag, and flipped on ESPN as soon as you got in the door, this list is for you.

The 90s were dominated by huge personalities that still cast a long shadow over their respective sports. Take a name like Michael Jordan (yes, spoiler alert, he made the list), people will still debate whether today's MVPs hold a candle to his success in this decade.

And he's just one of many sports megastars that made this list. No matter who you cheered for, no matter what sport you loved, this list is for all you sports fans who spent more time watching SportsCenter than doing their homework.

So pump up those shoes and let's hit the court! 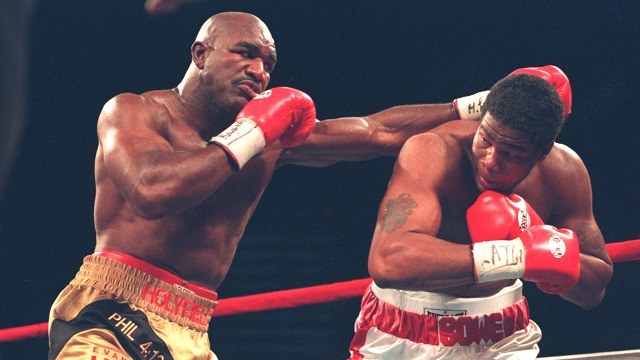 Throughout the decade Holyfield became the undisputed heavyweight champion, had a fight interrupted by a parachuting fan, announced his early retirement from the sport, beat Mike Tyson in a surprise 11th round TKO, and had his ears chewed apart in their rematch. Throughout all this weirdness, Holyfield's tenacity and strength proved he was one of boxing's all time greats. 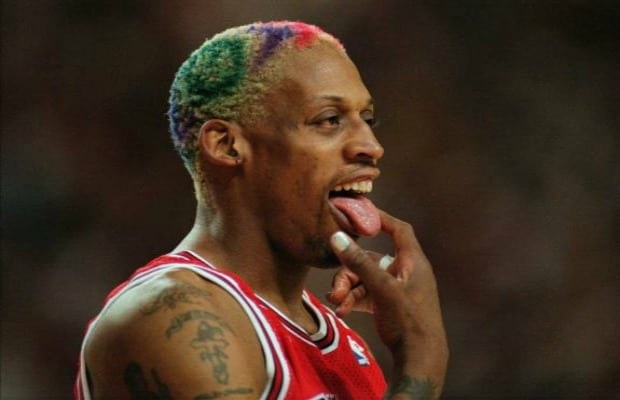 Say what you will about Rodman, "The Worm" will always be one of a kind. On a team where Michael Jordan dominated the spotlight every game, it took incredible talent to stand out. But then again, standing out is Rodman's specialty. Not only was Rodman a basketball phenomenon, he also achieved the peak of 90s cool: starring in an action film with Jean-Claude Van Damme. 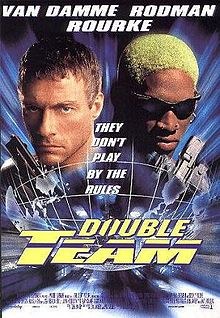 There's a reason every kid on the playground wanted to have their own "Bo Knows" shirt. Already an accomplished football star, Jackson's career shift to baseball had it's own share of incredible highlights. There hasn't been a player before or since who shined in two sports like he managed to. 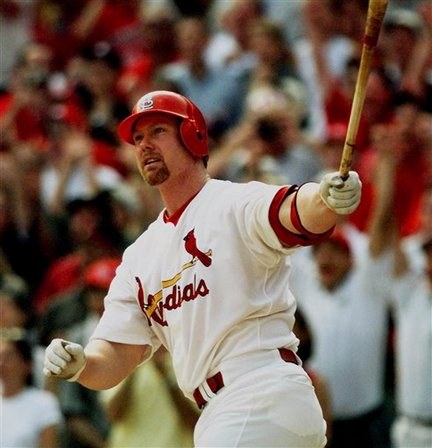 While the steroids scandal has put a dark cloud over McGwire's career, fans will never forget the excitement of his nail-bitingly close race for the single season home run record against Sammy Sosa. The exciting rivalry made baseball must-see viewing again, and nothing can take that away. 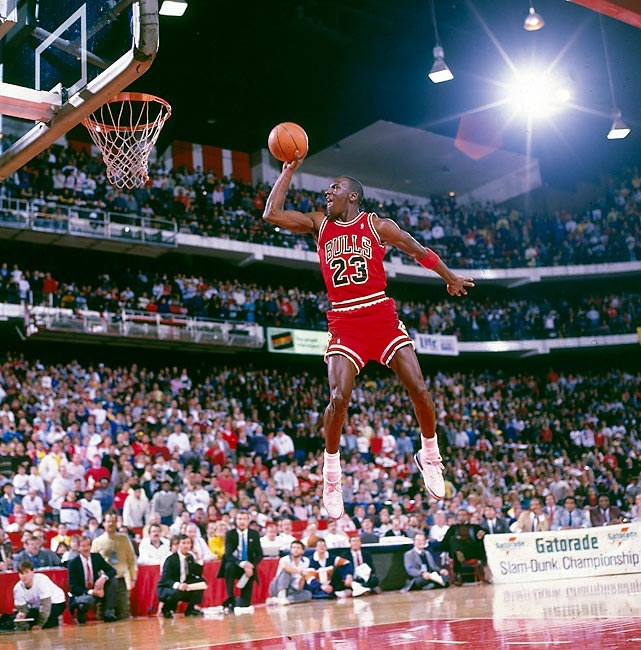 Six NBA championships, named the league's most valuable player four times in the 90s, what else needs to be said? Jordan's success with the Chicago Bulls created a lifetime of unbelievable highlights and a high bar for ever other basketball player to measure up to. And we haven't even mentioned Space Jam yet! 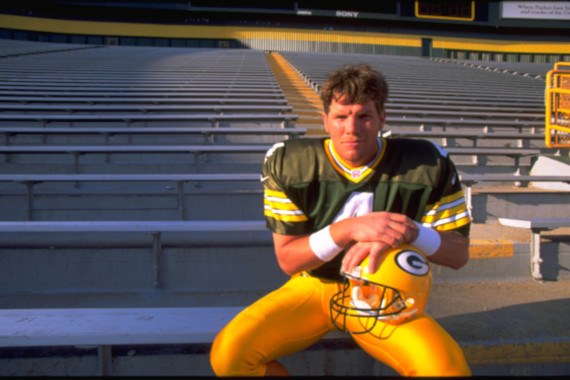 It's amazing to think that when Favre earned the NFL's most valuable player award three years in a row (from 1995-97) he still had 13 years left in his career. In the late 90s you could set your watch by The Gunslinger's astoundingly consistent passing game, and his record for career pass completions continues to hang over today's biggest quarterbacks. 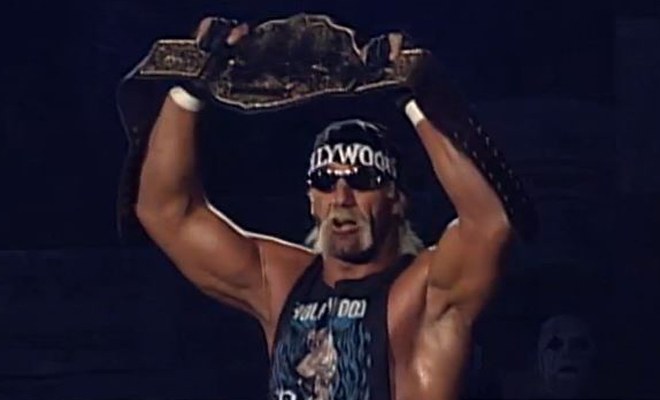 Call it sports entertainment if you want, but when Hogan, wrestling's biggest crowd-pleaser in the 1980s, reinvented himself as a villain, he reinvigorated a sport that was losing popularity fast. The "Hollywood" Hulk Hogan character and his posse the New World Order were the height of 90s bad guy cool, and that's the truth brother! 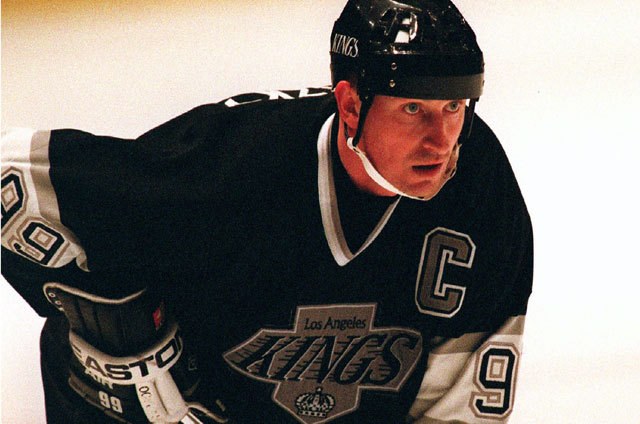 While Canadian fans were still mourning his move South, Gretzky hit his peak during his time with the Los Angeles Kings, drawing huge crowds in a city that wasn't known for its hockey culture. While these were the twilight years of The Great one's career, he still managed to break scoring records and excite hockey fans around the world. 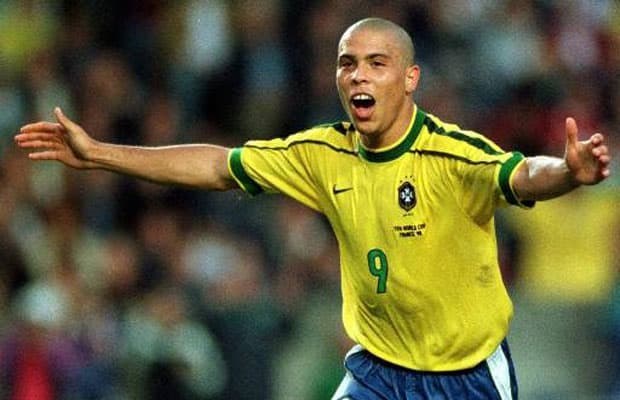 At age 17, Ronaldo cemented his spot in soccer history by helping Brazil win the world cup in 1994. What followed was a blur of highlight real goals with some of Europe's best teams. Even if you didn't watch soccer, seeing his skill on SportsCenter let you know this guy was the real deal.

We could mention his big wins at Wimbledon, the French Open, the US Open (twice), or his 1996 gold medal win at the Atlanta Olympics, but all you need to know about Agassi's importance as a 90s icon can be summed up by his commercials with the Red Hot Chili Peppers for Nike. 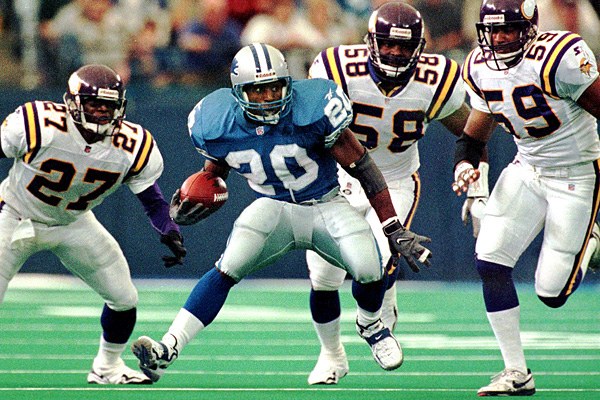 Barry Sanders averaged 1,500 rushing yards a season. At only 5'8", he proved that if nobody on the field can hit you, your size doesn't matter. To this day, Sanders is one of only seven running backs who've rushed over 2,000 yards in a season. 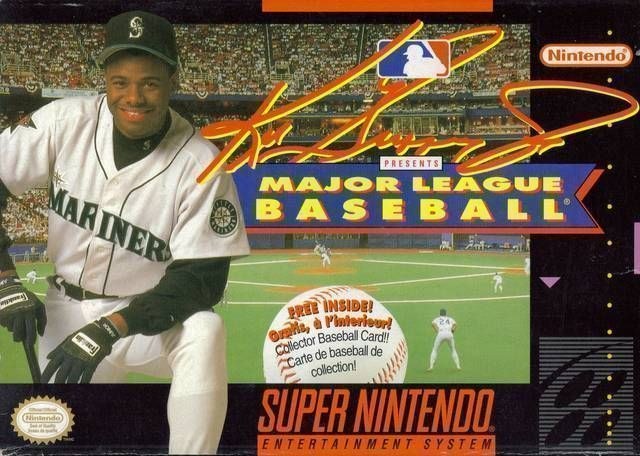 Forget his incredibe success on the field (where he earned 10 Golden Glove awards and 7 Silver Sluggers), more than any of the other stars on this list, Griffey excelled at marketing himself as the sports phenomenon that he was. Every day after school sports fans put his game into their Super Nintendo, so how could be anything but a baseball legend?

Which of these sports stars was your favorite? Who else should have made the list?

By Emma C 2 days ago
People that don’t play golf don’t think about the technology that is involved in the sport, but golf is a precision game with a level of competition that is tracked all over the world. There are a number of different gadgets in golf and applications that can and are used to improve the game and fitness level of golfers everywhere.From more reliable golf carts to GPS sensors for everything, golf tech is more revolutionary than it ever has been. Check out these gadgets and applications that are making golf easier, and more competitive than it ever has
continue reading

By Emma C 16 days ago
The world of music is a mysterious arena. Music is the only element you cannot touch or see but can affect your mood, thoughts, and psyche, significantly taking you to unimaginable worlds. Over the years, the world has seen a transformation of music production from the analog arena to the digital realm. However, it is still not possible to completely abandon the analog roots. The quality sound you get from your headphones emanating from music stored in a smart device results from DAC (Digital-to-Analog Converter), which helps convert digital data into an analog signal.When the music industry was still
continue reading

By Emma C a month ago
Many college students today take it for granted that technology is there for them. It is the way that many of us have grown up. The Industrial Revolution and the technology revolution has been in existence for over a century, with IBM having been a unique business since just after the Great Depression.Still, every good school goes by the mindset that if it isn’t broken, don’t fix it. So we are still seeing a lot of old technology still used in schools today because it works. Learn more about some of those tools here.The Fax MachineThe
continue reading

By Emma C 2 months ago
Today, mobile and browser games are extremely popular. More and more players are turning to casino games because they have the same quality, as those available in desktop version at new online casino sites. Whether you like slots, poker or roulette, check out our selection of casino and gambling-themed songs, and make yourself a lively and rhythmic playlist!1. Waking Up In Vegas - Katy Perry (2009)In this 2009 pop hit called "Waking Up In Vegas", Katy Perry sings about the hypnotic scale of Las Vegas and the thrill of hitting the jackpot. It can only end one way
continue reading